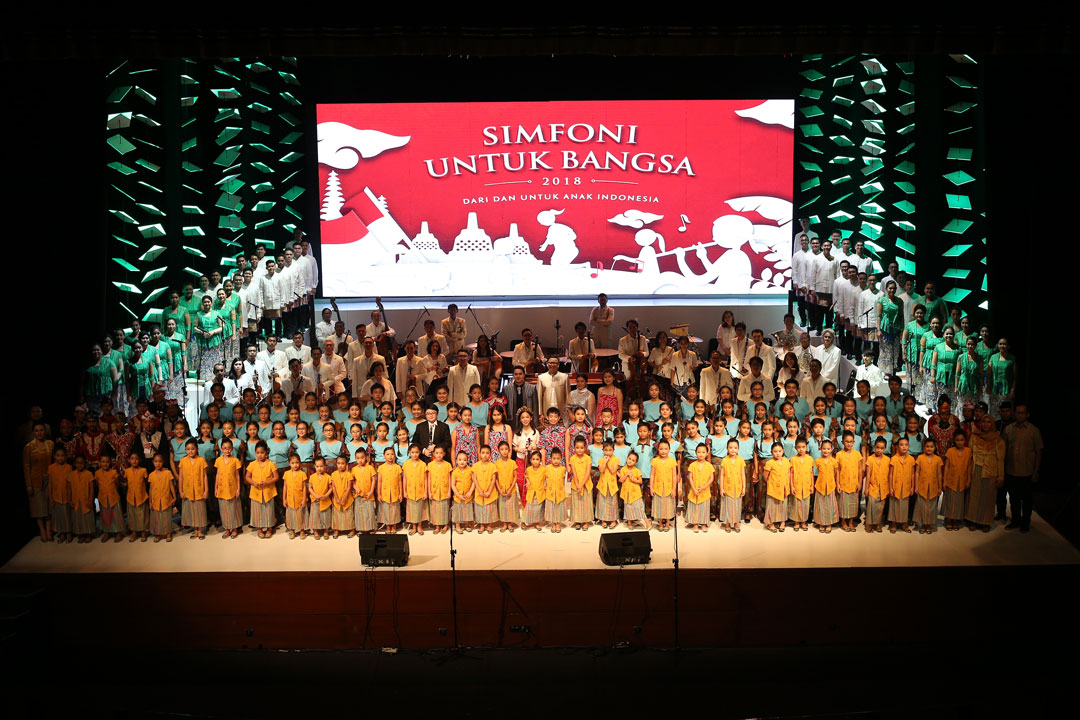 A TRIBUTE TO ELFA SECIORIA

Since he was young, Elfa Secioria Hasbullah has been known as a jazz musician and a talented conductor. Elfa started playing the piano when he was 5, and 3 years later he already joined a jazz band named Trio Jazz Yunior IVADE. Elfa continued his music study at Institut Pendidikan Musik in Bandung.

Looking up to Elfa’s great achievements and contribution to the Indonesian Music History, Avip Priatna and Jakarta Concert Orchestra together with Batavia Madrigal Singers, The Resonanz Children’s Choir and several well known soloists will bring you back the The legend’s  Golden moments through the Simfoni Untuk Bangsa 2019 concert, entitled “Tribute to Elfa Secioria” on 25 August 2019, at Ciputra Artpreneur, Jakarta at 4 pm. Elfa’s greatest masterpieces including one of FA Warsono’s compositions “Pelangi” will be specially arranged for orchestra, choir and solo vocal to give you the best and unforgettable performance of the year. One of the soloists, Farman Purnama, is a witness on how the late “Bang Elfa’s” touch had made him and other artists such as Dewi Gita, Hedi Yunus, Andien and of course Elfa’s Singers emerged to higher level of popularity in the Indonesian pop music.