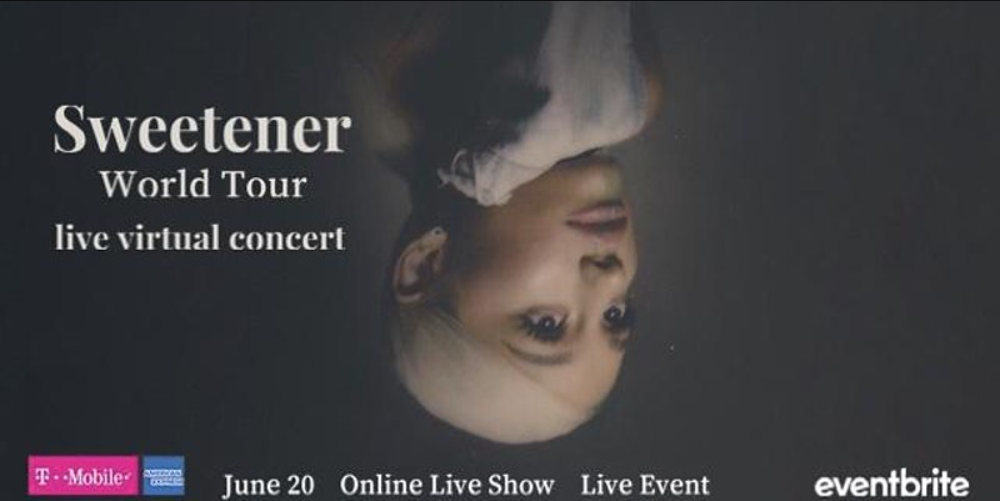 The Sweetener World Tour was the fourth concert tour by singer Ariana Grande. It was launched in support of her fourth and fifth studio albums, Sweetener (2018) and Thank U, Next (2019). Comprising 101 shows, the tour visited Europe and North America. The tour was officially announced on October 25, 2018, and was led by Live Nation Entertainment. It began on March 18, 2019, in Albany, New York at the Times Union Center and concluded on December 22, 2019, in Inglewood, California at The Forum. The "Sweetener World Tour" Live Virtual Concert is a full two hour professionally filmed live streamed concert. Re-live the magical show all over again!