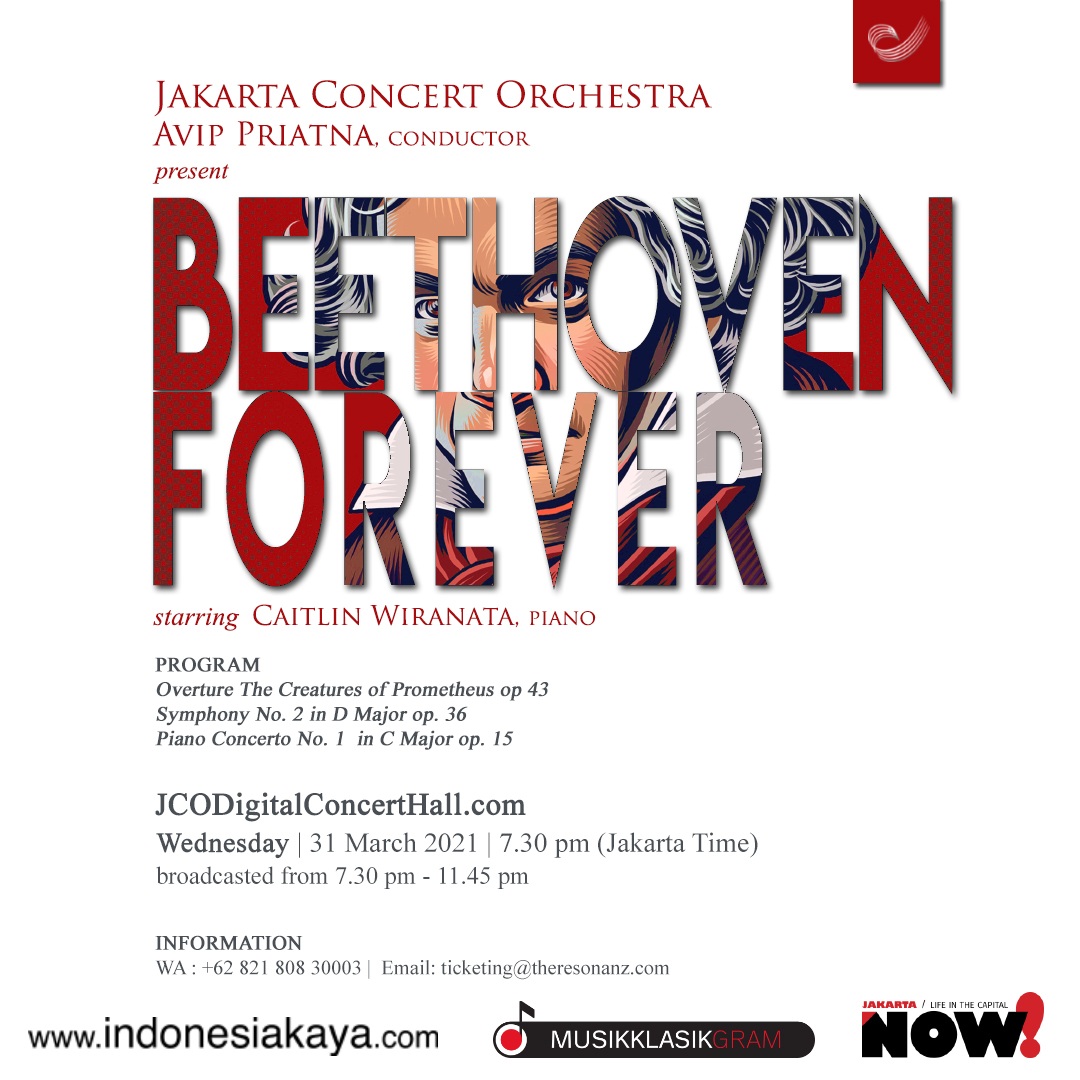 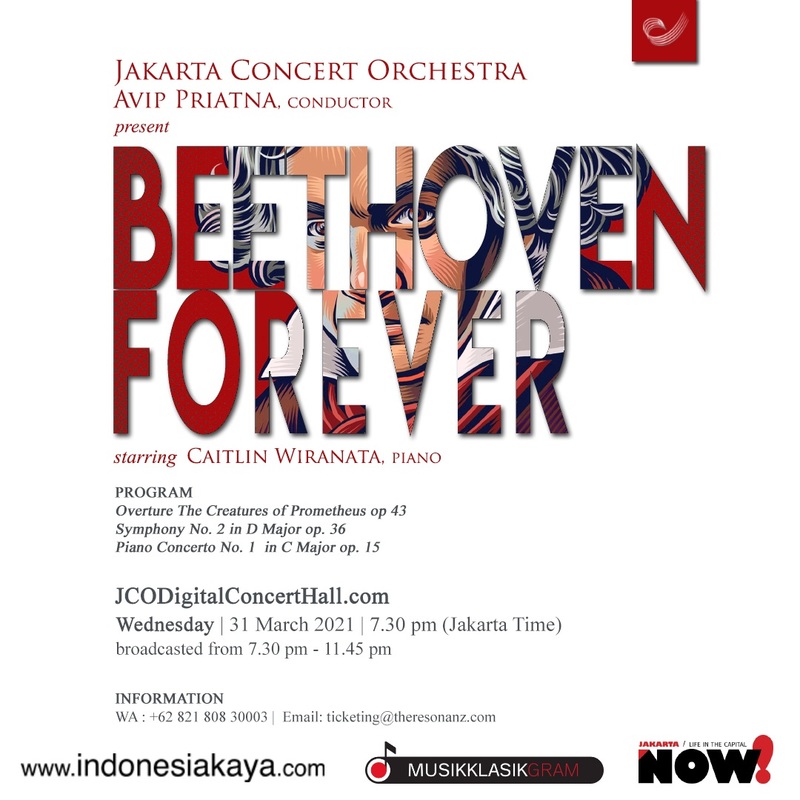 2020 commemorated the 250th anniversary of Ludwig van Beethoven’s birth, which was celebrated all over the world despite the on-going pandemic. However, due to the many lockdowns, only virtual events and concerts were possible to be held for the occasion. Initially, Bonn, as the city where Beethoven was born, planned to host several big events to celebrate the maestro of classical music, but many were cancelled or rescheduled. In 2027, which will mark the 200th anniversary of Beethoven’s death, Vienna will hopefully be able to take centre stage as the city where Beethoven lived, worked and later died.

This year, the Jakarta Concert Orchestra (JCO), conducted by Avip Priatna, will still be celebrating the glory of Ludwig Van Beethoven by conducting a concert, performing three of Beethoven’s eternal masterpieces. One of them being Piano Concerto No. 1 in C major op.15, featuring Caitlin Aurelia Wiranata, a young and talented pianist who was also the winner of the National Steinway Piano Competition.

Moreover, two other pieces will also be performed by JCO:

Beat It, a Concert by the Jakarta Concert Orchestra