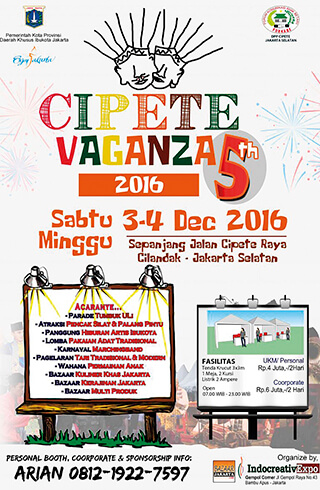 This annual event is definitely worth a visit, especially for those wanting to witness the rare Betawi parade of Tumbuk Uli where dozens of participants will compete with each other to make sticky rice uli using the traditional pestle and mortar called pane and alu. You can also see the traditional martial art Pencak Silat and the Betawi Palang Pintu cultural performances, as well as a traditional costume competition and Jakarta’s indigenous culinary and handicrafts bazaar. Modern dance and music will also be parts of the show.