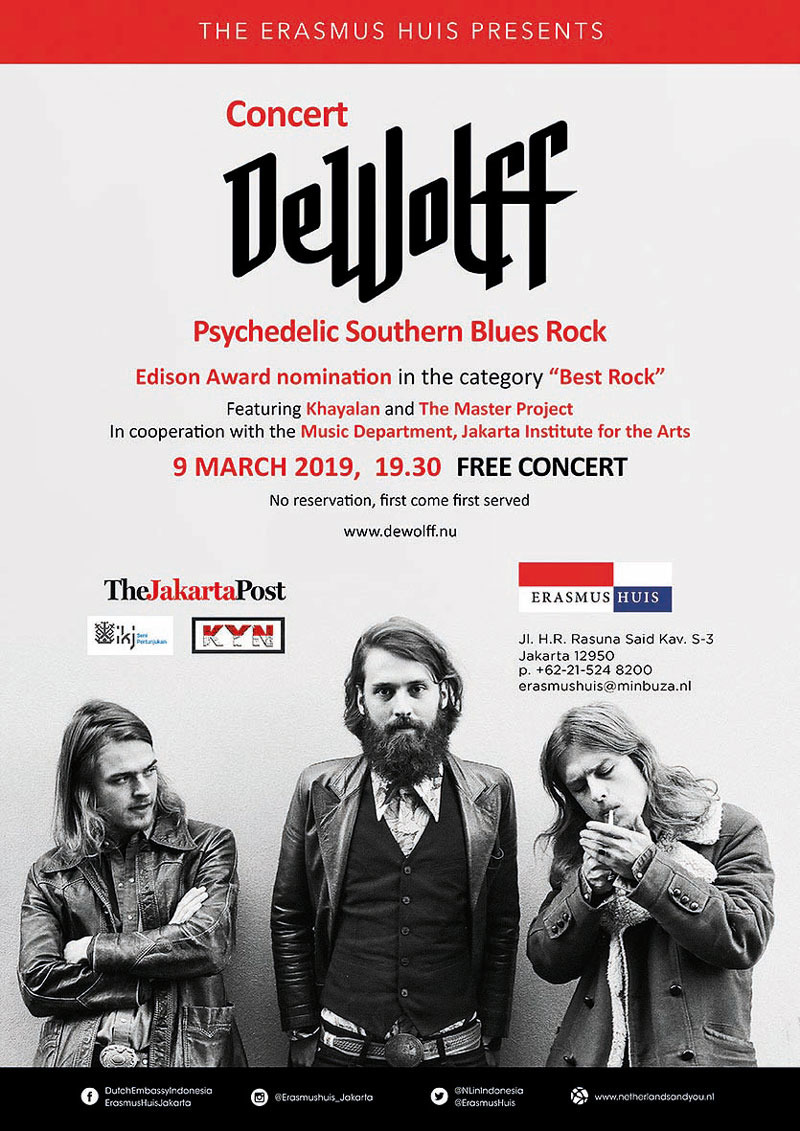 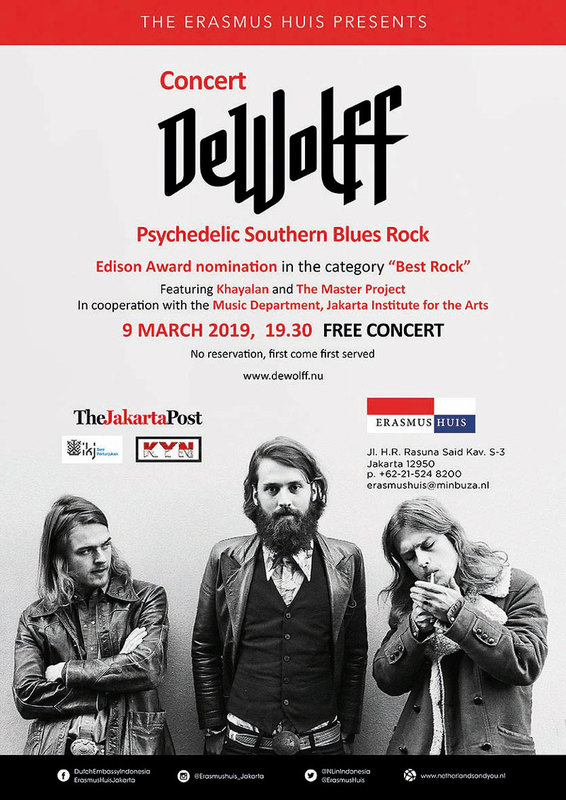 Guaranteed to blow your mind! The Dutch Cultural Center in Jakarta is calling out all acid music addicts to enjoy concert of a psychedelic, hard-rockin’ blues band from the Netherland’s deep South called DeWolff. Led by brothers Pablo van de Poel on guitar & vocals, Luka van de Poel on drums & vocals and Robin Piso on Hammond organ & vocals the band is steeped in a deep-root connection to some electrifying rock ‘n roll tunes with heavy touch of blues packed in. Since their establishment in 2007, DeWolff has rocketed to win the hearts of rock music enthusiasts all across the country.

After the massive success in their first performance at the Amsterdam’s legendary venue Paradiso the brothers continued making progress by releasing their 2009 debut album “Strange Fruits and Undiscovered Plants” followed by the next epic tour through the Netherlands, Germany and Europe’s oldest festival Pinkpop filled with up to 10,000 people. Experience a more jug-blowing blues effects and psychotic tunes of acid rock of their very own style in Jakarta on 9 March at Erasmus Huis.

DeWolff will also be touring through Yogyakarta and Malang with some workshop. The band will play together with local band from the Jakarta Institute of Arts. Get yourself ready to be trippy! Learn more about DeWolff at www.dewolff.nu