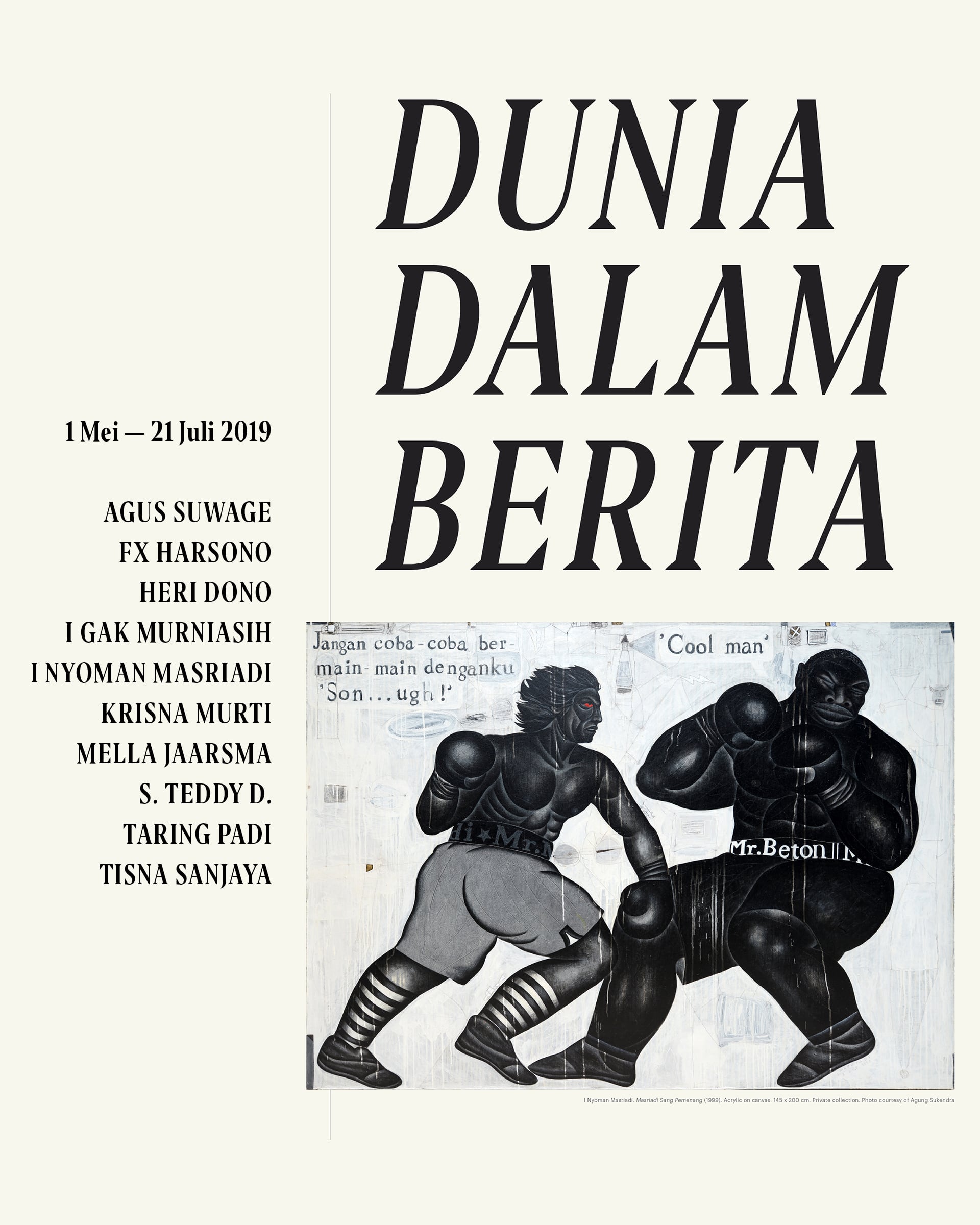 Dunia dalam Berita explores the emergence of contemporary art before and after Indonesia’s political reformation (Reformasi), featuring works by ten of the country’s recognized contemporary artists

This major survey of Indonesian artists examines the political upheaval leading to and following the Reformation in 1998. Dunia dalam Berita (translated as The World in News) is named after a popular Indonesian news program, which has been on the air since 1973. The exhibition has been curated as a survey to explore two important turning points in the development of contemporary art in Indonesia: the impact of the transition from the New Order Regime to Reformation (or Reformasi) by a diverse group of artists between the 1990s and early 2000s, and the influence of globalized popular culture in Indonesia, which emerged from the democratization of the image and media.