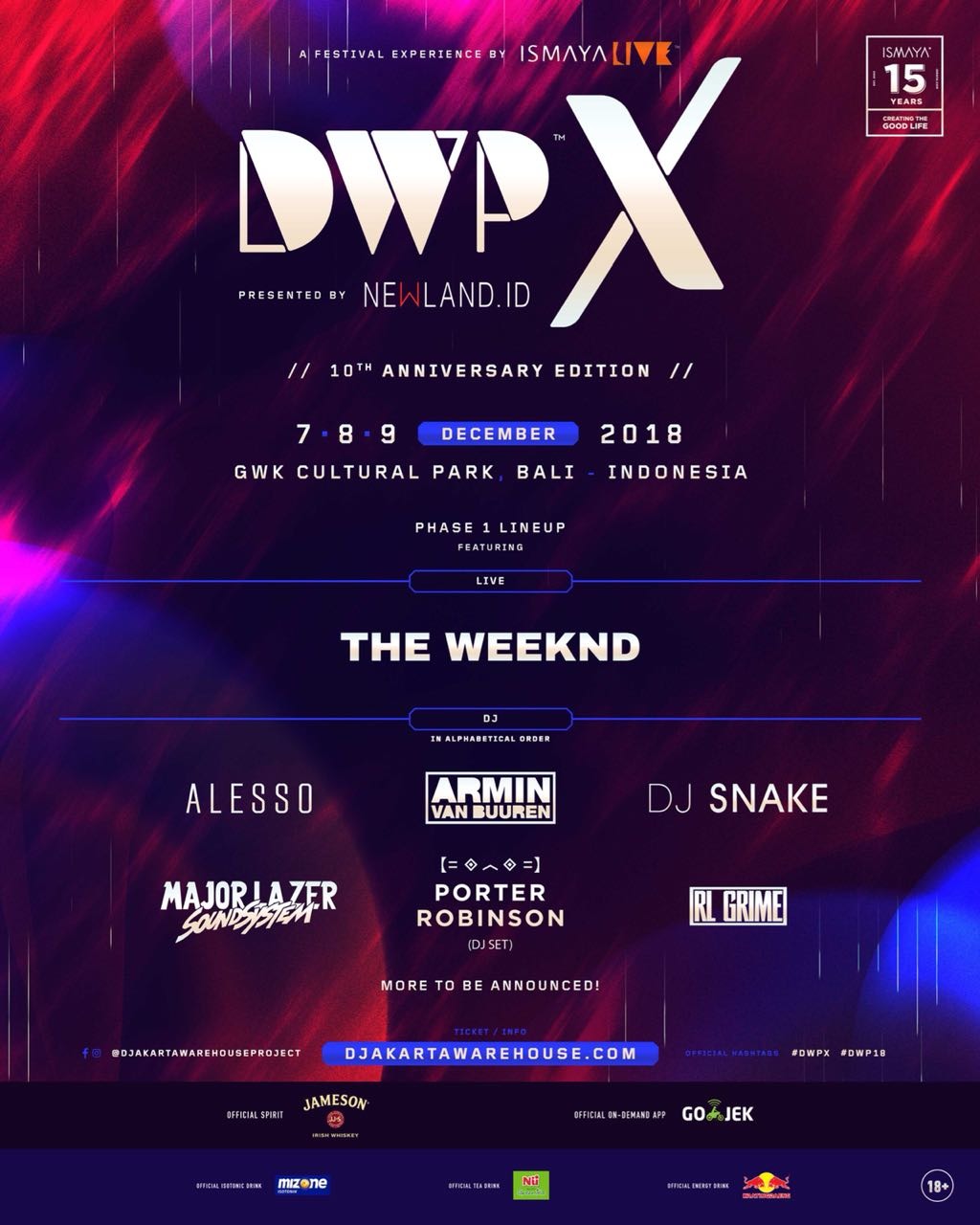 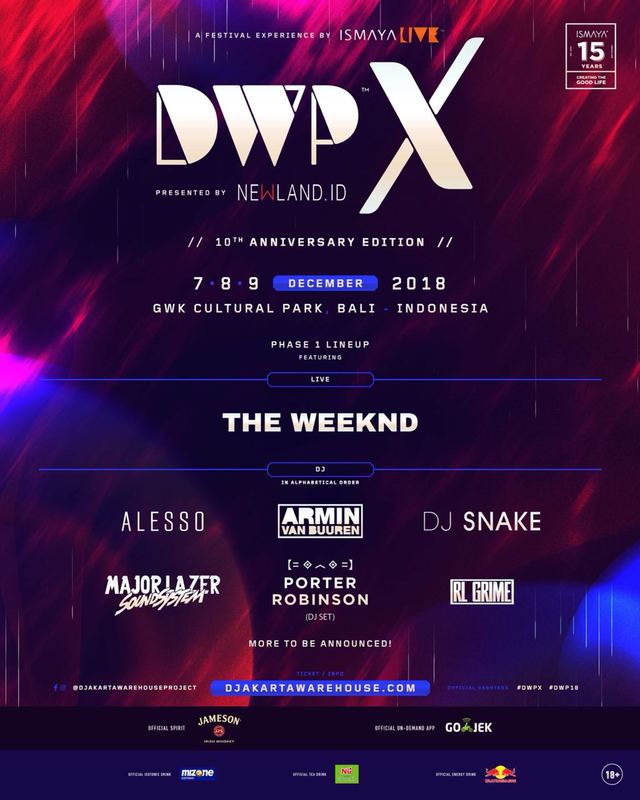 In celebration of its 10th anniversary, and always striving to keep things fresh, Ismaya have not only announced a jaw-dropping line-up, but also the relocation of DWP to GWK Cultural Park on the idyllic island of Bali, with festivities now extended from two to three days. Kicking off the first wave of artists announced for DWPX is multi Grammy award-winning and platinum recording artist, The Weeknd.

Making his triumphant return to Indonesia is the godfather of trance and DJ Mag’s #1 DJ four years in a row, Armin Van Buuren. He joins Swedish EDM sensation Alesso, who will be sending the crowd into a frenzy with chart-topping records such as ‘Heroes’ and Calvin Harris collaboration, ‘Under Control’. Returning to DWP is French super producer and one of the most in demand acts currently on the circuit, DJ Snake. Joining these heavy weights is Major Lazer Soundsystem, the unstoppable three piece consisting of Diplo, Jillionaire, and Walshy Fire.

The ticket is priced from IDR 1,5 million to IDR 3,3 million. With plenty more acts and activations soon to be announced, excitement is already starting to build for this special edition of Djakarta Warehouse Project. For more information, visit http://www.djakartawarehouse.com/