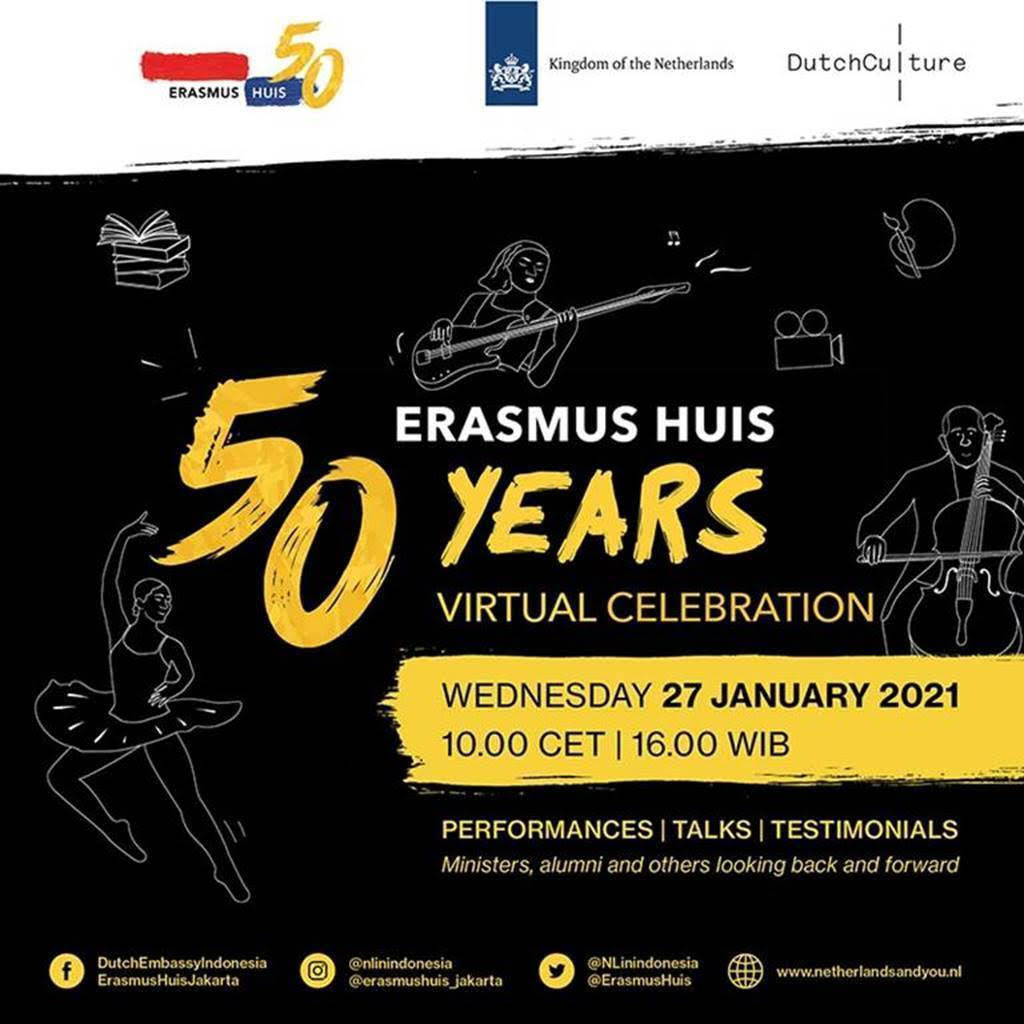 Dutch Cultural Institute Erasmus Huis invites the international community in Indonesia to join the virtual celebration of its 50 year anniversary on 27 January starting from 4 PM, followed with exciting 2021 programme.

In 2021, the Dutch cultural institute Erasmus Huis remains closure to the general public but it doesn’t mean that the community will cancel its special 50th anniversary this year. Despite reintroduction of strict social restrictions, the cultural institute hosts everyone to its virtual anniversary event, slated on Wednesday, 27 January.

The anniversary also marks the long history of cultural ties between Indonesian and Netherlands where one could see the latest bilateral partnership through online talk show with local and international artists as well as watching collaborative performances and witnessing testimonials from Erasmus alumni across generation.

The virtual event is also expected to bring us back to the history and guide audiences to the future possible collaboration. On the anniversary celebration, the cultural enthusiasts, government figure, and academia could exchange ide to build stronger ties between Indonesian and Dutch community here at home and abroad.

With the extended closure of Dutch Embassy in Indonesia due to tougher Covid-19 restriction protocols, it’s surely hard to build networking live but it’s a great opportunity to get to know each other through cultural issue especially to those who aim to involve in the bilateral programme from the artist residency to scholarship.

Erasmus Huis also kicked off 2021 with exciting agenda including online convention Dance: All Access, to Dutch Movie 2021, a virtual film festival designed for the virtual film screening at home.