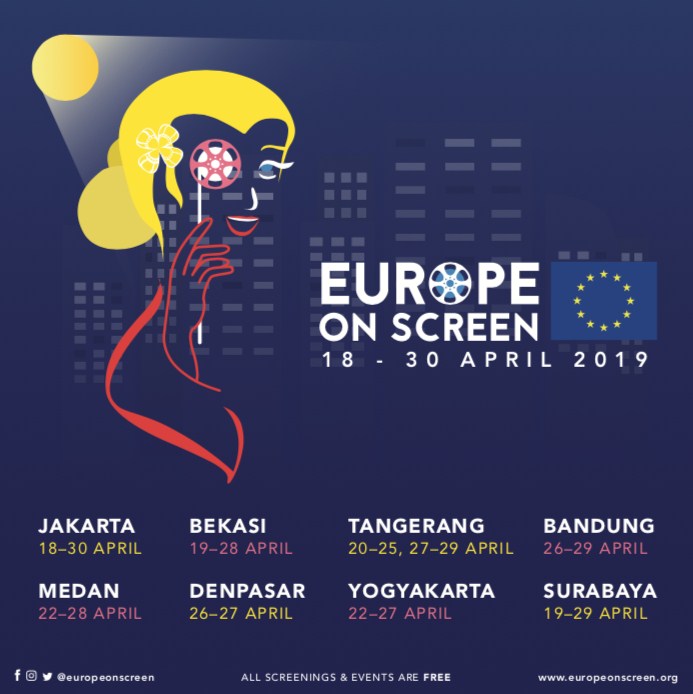 The Europe on Screen (EOS) film festival returns with more film screening and activities. Running from 18 - 30 April, EOS will be screening 101 films from 27 European countries. The 19th edition of Europe on Screen will feature all of the movies thoughout 277 screenings in 8 cities throughout Indonesia including Jakarta, Bekasi, Bandung, Medan, Tangerang, Denpasar, Yogyakarta, and Surabaya. Similar to previous festival, EOS 2019 has curated best motion pictures ranging from feature films, documentary, and short movies.

Europe on Screen (EoS) is the longest-running international film festival in Indonesia. Held the first time in 1990 under the name of “European Film Festival”, followed by the second edition in 1999, since 2003 the festival became an annual event under the current name of Europe on Screen.

The festival primarily screens the high quality film from European Union (EU) countries, and other participating European countries with representatives in Indonesia. The program comprises of film screenings, and other film-related events such as workshops, discussions, competitions, exhibitions, open air screenings, and many others. Most of the screenings and events are held in cultural centres, with supports from educational institutions, alternative cinemas and other types of venues.