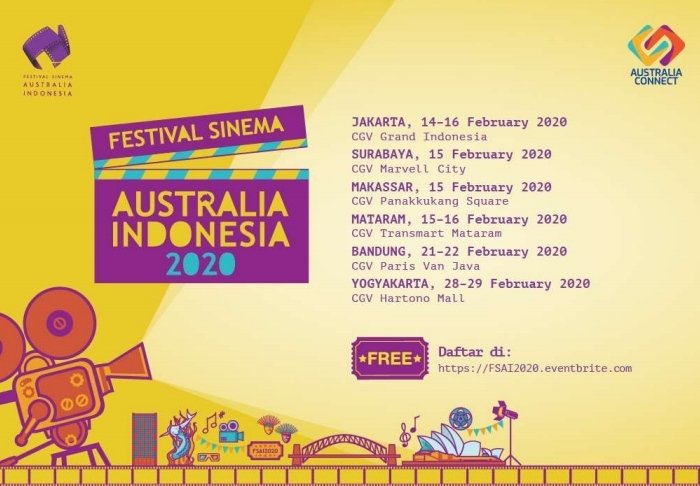 As a part of Australian Connect, a cultural programme from the Australian Embassy in Indonesia, the annual film festival put a spotlight on indigenous and environmental issues on screen, aimed to invite audiences to be aware of the current urgent global conversation.

The ticket for the screening is free. The audience could book their seat on fsai2020.eventbrite.com