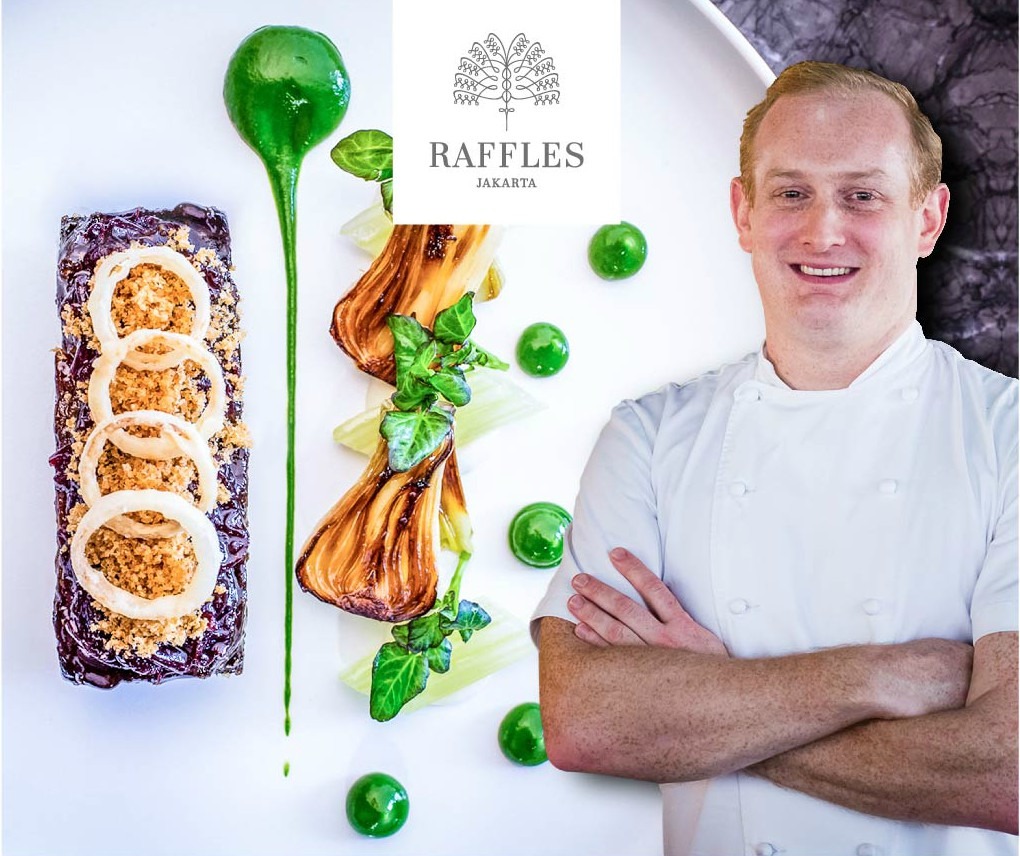 FROM LONDON WITH LOVE BY MICHELIN STAR CHEF PAUL WALSH

Straight from the heart of London, indulge in a once-in-a-lifetime opportunity to experience the unrivaled Michelin Star cuisine, by Chef Paul Walsh at Arts Café by Raffles.

From 12 to 14 February 2018, in honour of Valentine’s week, Raffles Jakarta is pleased to offer a romantic and exclusive dining experience by the Executive Chef of London’s City Social restaurant.

Chef Paul Walsh, as the Head Chef, has been the critical success of City Social by winning Best New Restaurant in BMW Square Meal Award 2014 and 3 AA Rosettes Awards in 2016/2017. City Social was one of the youngest ever restaurants to receive a Michelin Star in 2014 and has retained it 4x consecutive times.

Paul Walsh started his career under Anton Edelmann at the world renowned Savoy Hotel. For three years, Paul worked through the ranks from Commis to Chef de Partie before moving to The Savoy Grill, with Marcus Wareing at the helm. Paul helped the restaurant to achieve a Michelin star, at the time being recognized as one of London’s finest up and coming chefs.