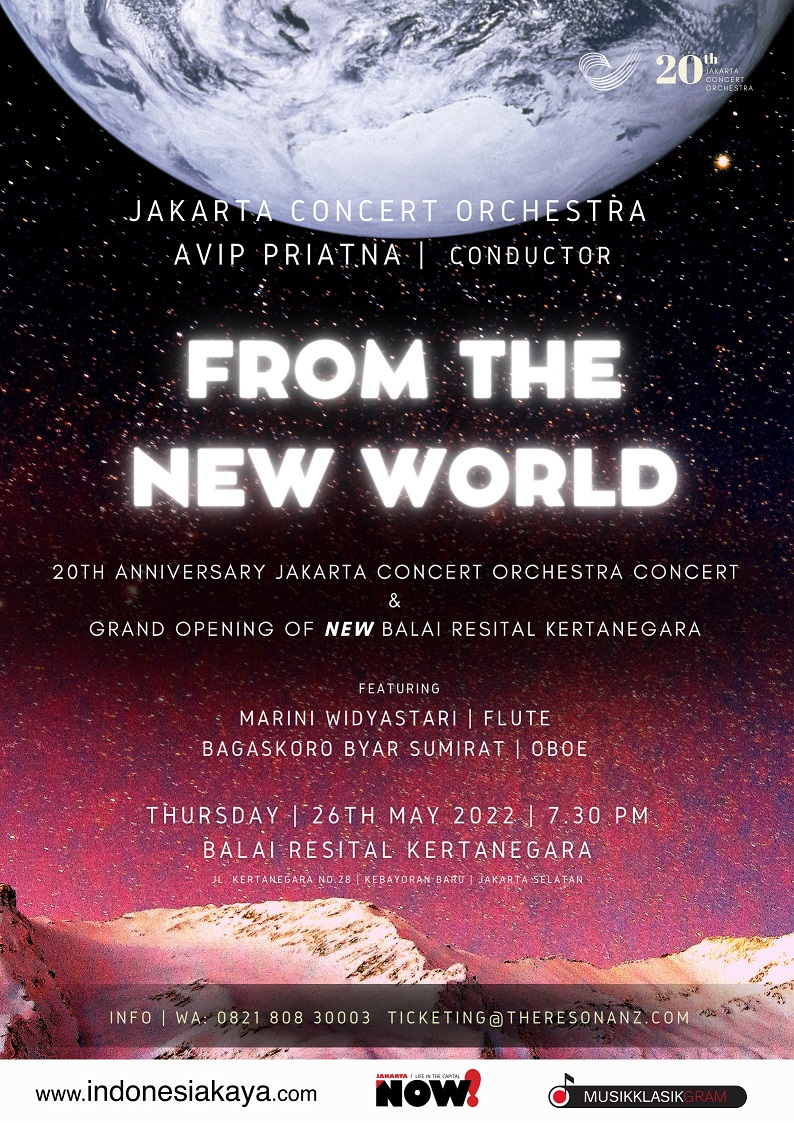 “From the New World” ( Symphony No. 9 in E minor) is taken from the most popular symphony by Antonín Dvořák in 1893 as the title of the next concert of Jakarta Concert Orchestra (JCO) conducted by Avip Priatna in the commemoration of the 20th JCO anniversary as well as the re-opening of the “NEW” Balai Resital Kertanegara concert hall after being renovated.

This will be a new stage of JCO as one of the leading orchestras in Indonesia and at the same time starting our new life in a NEW WORLD after suffering from a long pandemic situation, and for sure fulfilling the thirst of classical music lovers to be able to watch a high quality “live concert” again after being “forced” to watch them online.

Besides the Dvořák’s Symphony No. 9 JCO is also having 2 special guest stars: Marini Widyastari, Flute and Bagaskoro Byar Sumirat, Oboe who will be the soloists in the Flute Concerto by Alexey Shor, and in Concertino Oboe bu Brunno Blauth. A brand new composition by a young Indonesian musician Arya Pugala Kitty will also be performed.

FROM THE NEW WORLD