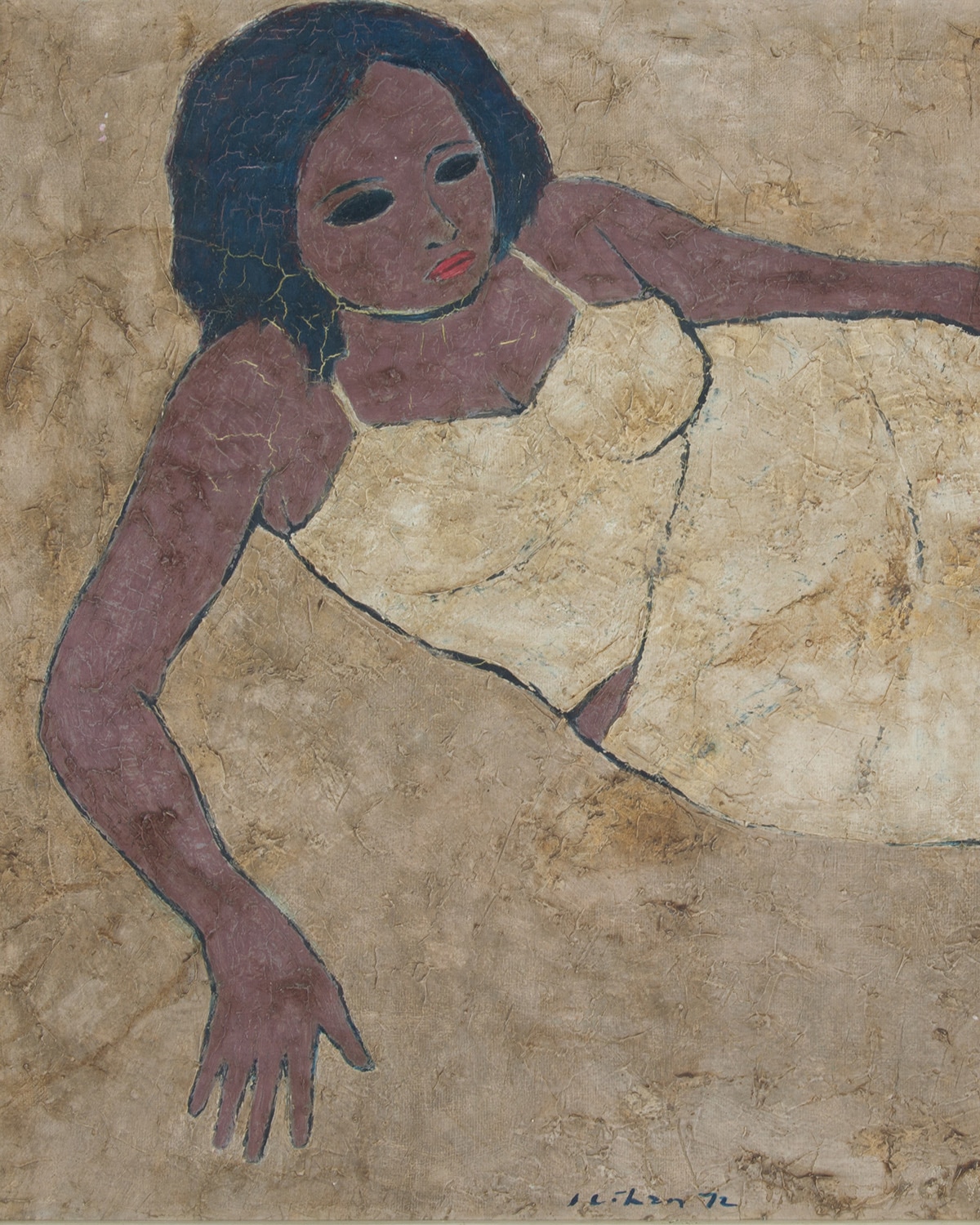 Jeihan: Days in Cicadas is a historical exhibition that looks at a specific aspect in the practice of Jeihan Sukmantoro (born in 1938), an influential Indonesian painter and poet. The exhibition displays portraits that Jeihan created in a critical period within his practice, between 1960s and 70s, when he lived in Cicadas, a lower socio-economic area in the eastern part of Bandung that was densely populated and known for its prostitution and petty crime.

Jeihan is known for his expressionistic figurative paintings which have been widely appreciated since the 1960s. The portraits in this exhibition portray the artist, his family members and other people from the neighbourhood, when Jeihan’s house functioned as a communal space as neighbors would come together to watch his television – one of the first in the neighbourhood.