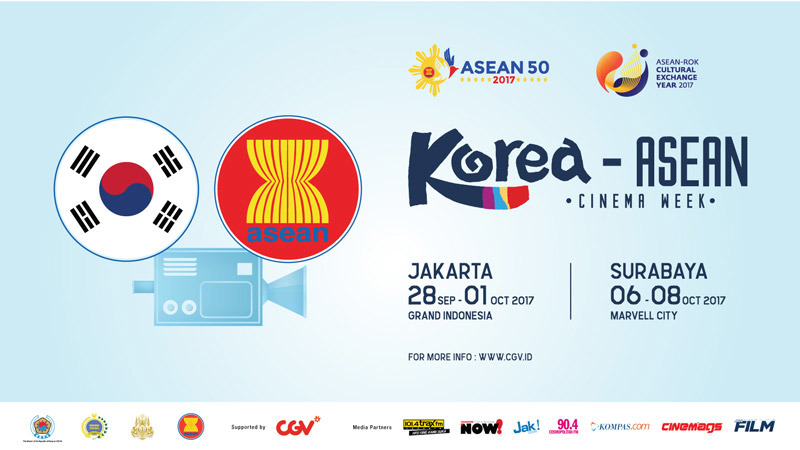 ASEAN, which celebrates its 50th anniversary this year, together with the Republic of Korea present the “Korea-ASEAN Cinema Week 2017” as part of their Cultural Exchange Year, which aims to further strengthen their relationship. 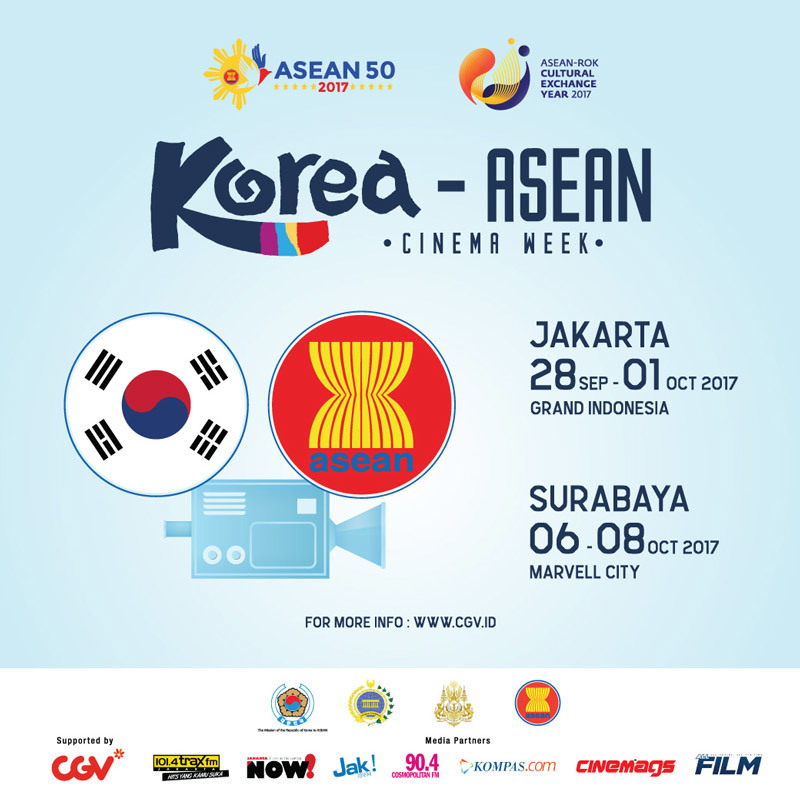 The event will be held from 28 September to 1 October at CGV Cinemas Grand Indonesia in Jakarta and from 6 to 8 Octoberat CGV Cinemas Marvell City in Surabaya. It features 14 family films from 10 ASEAN member states and Korea.

Indonesian films “Wonderful Life” and “Sabtu Bersama Bapak” will be screened on the opening night on 28 September in Jakarta, while Korea’s “Miss Granny” has been named the official opening film.

The Ministry of Foreign Affairs of Indonesia will also set up an ASEAN Corner at the event site, where the public canparticipate in the ASEAN quiz and other fun activities. ASEAN Young Ambassadors will also be present at the ASEAN Corner to increase the public’s awareness of ASEAN.

The movie line-up of Korea-ASEAN Cinema Week 2017 is as follows: