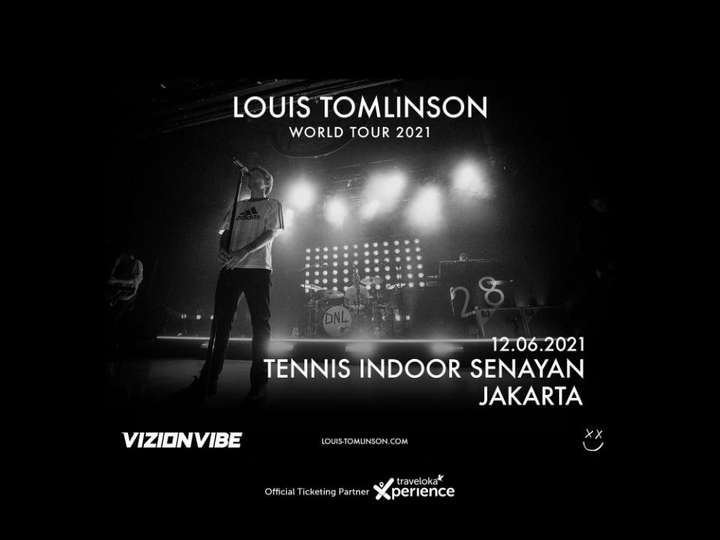 After releasing his first single titled Just Hold On in 2016, the British pop sensation, Louis Tomlinson is set for his first solo concert in Indonesia at Tennis Indoor Senayan, Jakarta. Held on 12 June 2021, make sure you are a part of this unforgettable night. Louis William Tomlinson is an English singer and songwriter. He rose to fame as a member of the boy band One Direction after beginning his career as an actor, appearing as an extra in ITV drama film If I Had You and the BBC drama Waterloo Road.

After the cancellation of his concert in 2020 due to the Covid-19 pandemic, the British singer confirmed that he will visit Jakarta for his concert tour in 2021. He will be performing songs from his debut album 'Walls' released earlier this year.