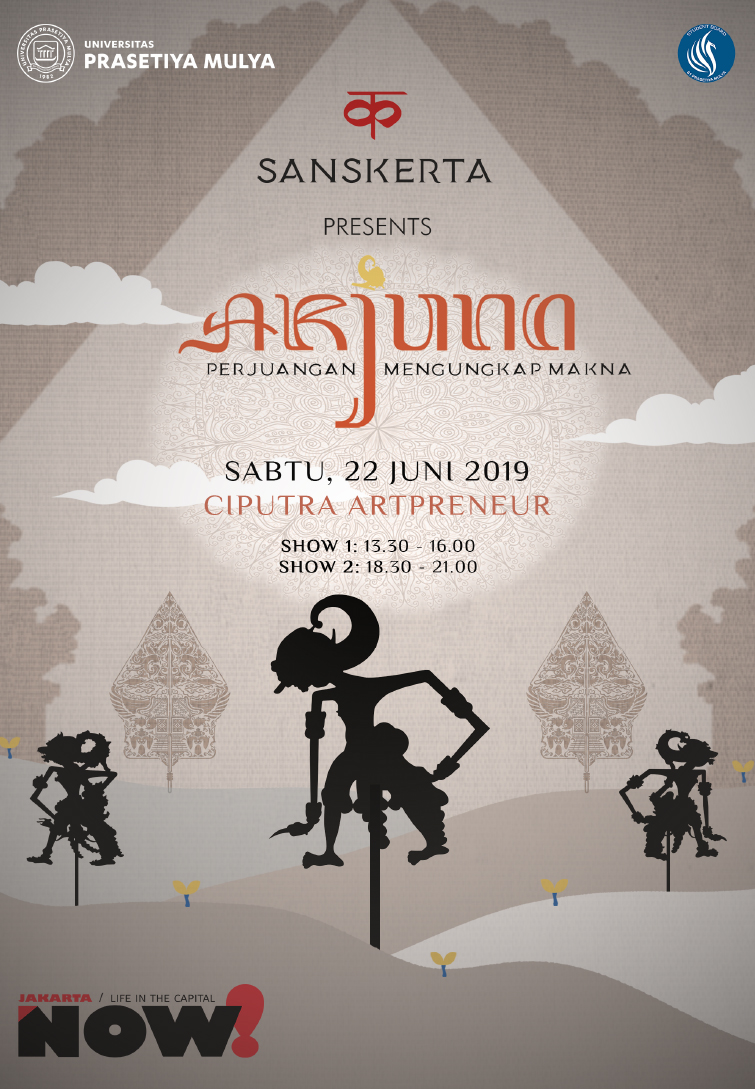 SANSKERTA 2019 has the title “Arjuna” that carries the value of “Courage” and “Humility” that is supposed to reflects the younger society that is finding their own identity. This is going to be seen by the struggle and the persistence of the main character which is “Arjuna”.

Inspired by one of the Mahabrata book, SANSKERTA 2019 is a story about the life journey of the Pandawa 5 (Yudhistira, Bima, Arjuna, Nakula, and Sandewa) from the point of view of Arjuna. Starting from the death of Prabu Pandu that was the father of the 5 Pandawa until the war that involves the Kurawas. Arjuna that used to be very arrogant soon realize his weaknesses and seek to find his true identity to be a true warrior.

Through this musical drama, we hope that the younger generation can get inspired on a way to find their true identity that is packed with a musical drama that can entertain the viewers.

SANSKERTA 2019 will be held in Ciputra Artpreneur on the 22nd of June 2019 that will be separated in 2 shows: 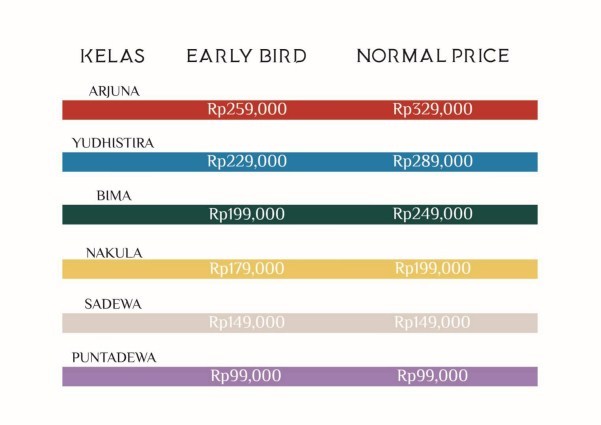 Tickets can be purchased through Movintix.com