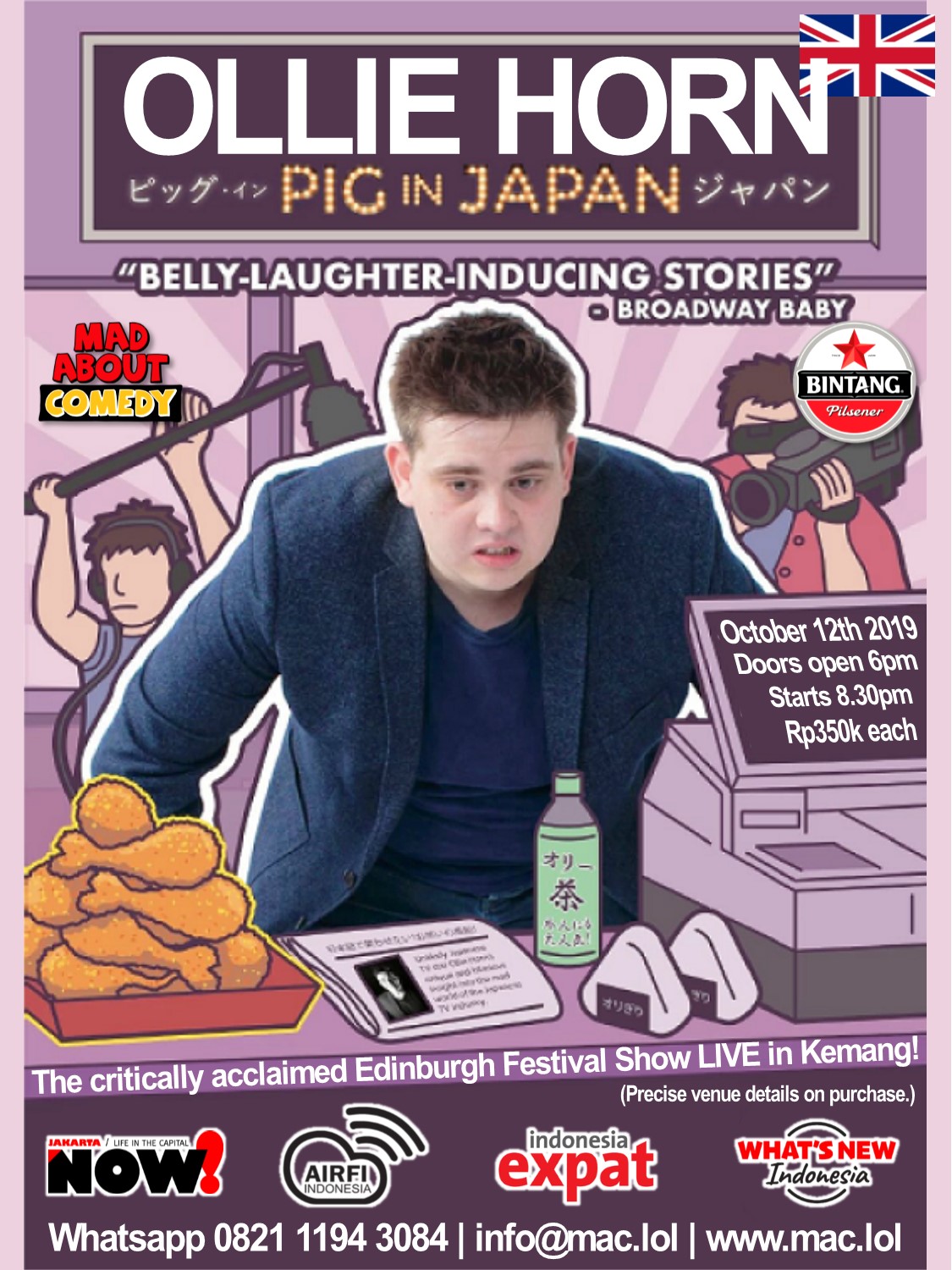 Kemang (specific location will be informed upon purchase)

Mad About Comedy once again invited world-class comedian to have a show in Indonesia. This time, British comedian Ollie Horn will have a show in Kemang area. Ollie is a touring stand-up comedian who has been featured as a touring headline act to over fourteen countries. He was selected to be in the Best of British showcase at the Melbourne International Comedy Festival in 2018, and has gone on to tour his solo show to over a dozen countries to widespread critical acclaim.

On 12 October 2019 in Kemang, Ollie Horn will be presenting his latest solo story telling comedy show called Pig in Japan.