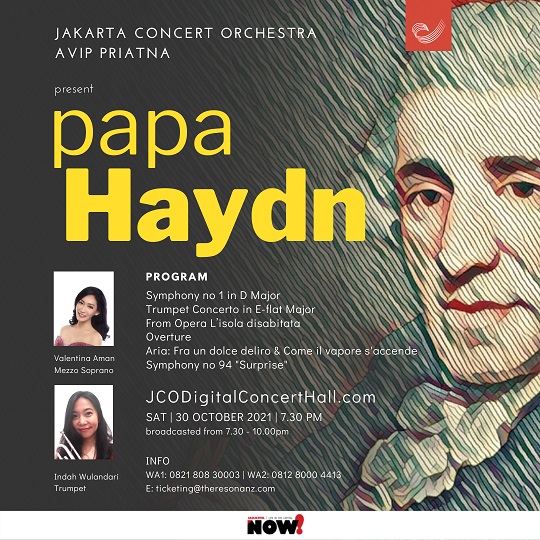 As the closure of  "Wiener Klassik" concerts series, Jakarta Concert Orchestra and Avip Priatna presented "PAPA HAYDN", featuring the work of Franz Joseph Haydn, a composer from Vienna who was very important in the 18th century. "Papa" became the nickname given to Haydn, partly because he has created 104 symphonies. It is not surprising that "The Father of Symphony" became the nickname given to him. Don't miss performances by Indah Wulandari, a trumpeter who graduated from the Rostov State Conservatory, Russia, who will perform "Concerto for Trumpets" and Valentina Aman, a mezzo soprano, who will perform an aria from the opera "L'isola Disabitata". Only showing on JCODigitalConcertHall.com Saturday, October 30, 2021 | 7.30pm INFO: 0821 808 30003 and 0812 8000 4413 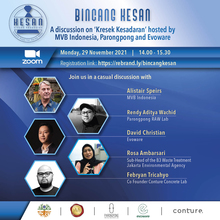