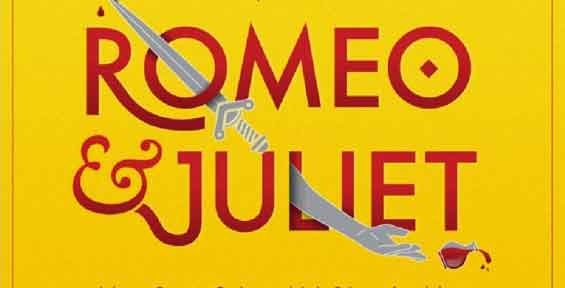 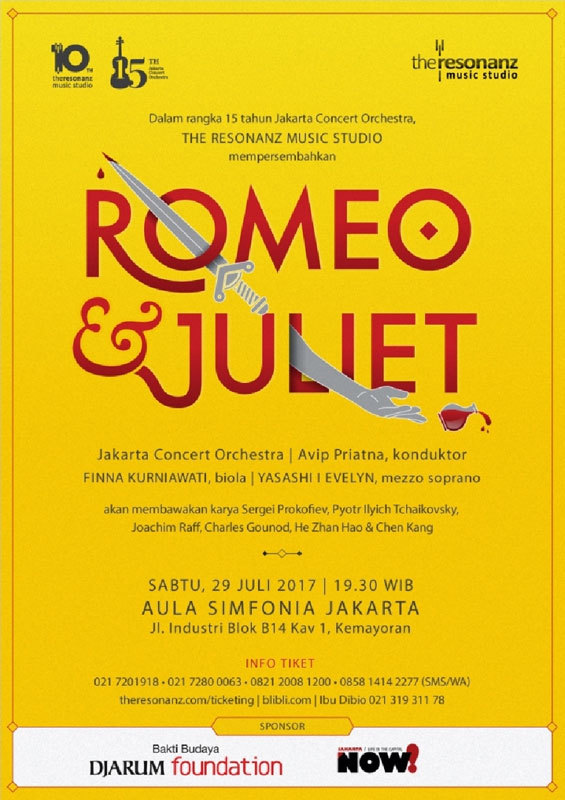 Jakarta Concert Orchestra (JCO) was founded by Toeti Heraty Roosseno and Avip Priatna. In its annual program, JCO regularly holds Symphony Concerts for Nations, and concerts with a repertoire works from classic to Queen and Beatles. JCO has also held many concerts on a large scale, such as Opera Carmen, Hymn of Praise, etc.

Especially to commemorate the 15th anniversary of its establishment, JCO will hold a concert titled ROMEO AND JULIET; Featuring several works composed by composers from various countries based on the inspiration of the famous play story of William Shakespeare. The performance will be led by the Avip Priatna conductor featuring Finna Kurniawati ,violin who have been acting as solis and concert masters in several previous JCO performances, as well as mezzo soprano singer Yasashi I Evelyn Pangaribuan who is the first winner of the Catharina Leimena National Singing Competition 2016 and has completed her classical vocal education at Royal College of Music, London last year.

The concert will be openned with Orchestral Prelude to Shakespeare's Romeo and Juliet by German-Swiss composer Joachim Raff. The next work featured Butterfly Lovers' Violin Concerto (Finna Kurniawati, solis violin) by Chinese composers, He Zhan Hao & Chen Kang. The work can be said to be the love story of Romeo & Juliet from the East.

Inspiration from the love story is sometimes given a twist plot, as in the next offering, the Romeo & Juliet by Sergei Prokofiev that reaps the controversy because Prokofiev gives the end of a happy love story, not tragic as illustrated by Shakespeare.

The concert closes with Pyotr Tchaikovsky's Overture-Fantasy (Romeo & Juliet). Although overture means opening music, its placement at the end of the concert is a message that love is eternal and universally celebrated.