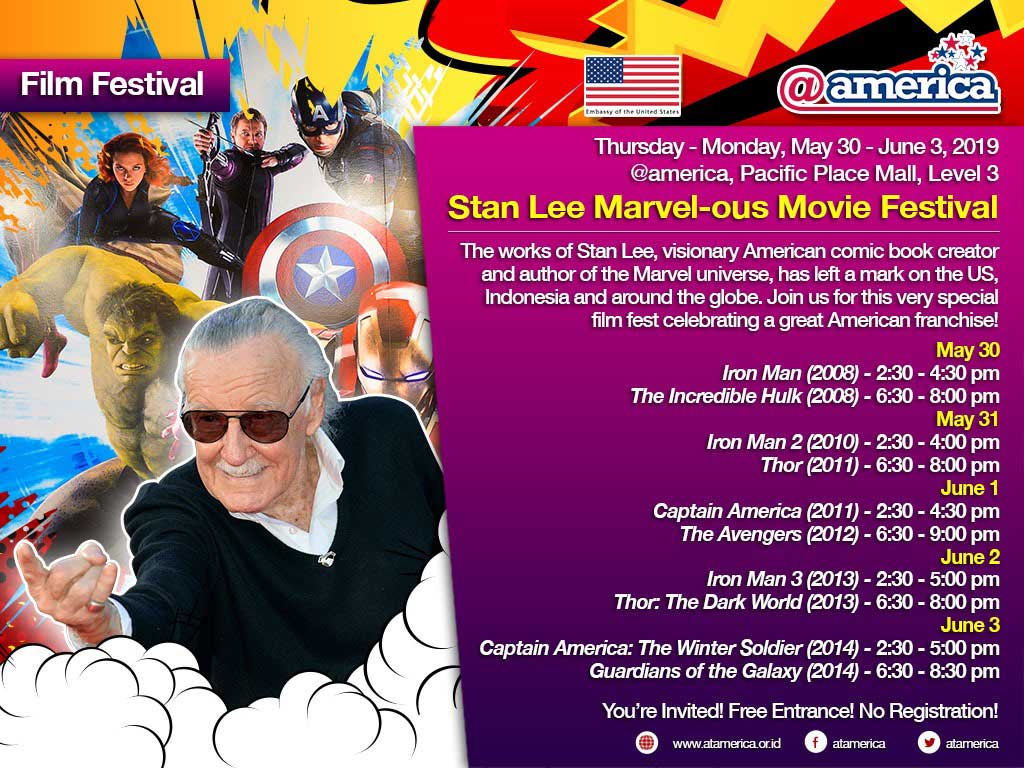 Stanley Martin Lieber, popularly known as Stan Lee, was a pioneering force in the Marvel universe. His influence across comics and entertainment spread far and wide making him the most iconic superhero creator in the world. The visionary American comic author of the Marvel universe has left a mark on the greatest superhero creations on the USA, Indonesia and around the globe. His dedication in the Marvel character creations and the comic book industry has crafted some of the most complex and striking stories in recent history through his legacy at Marvel comics. From Iron Man to Spider-Man and the Incredible Hulk to the X-Men, Lee has gained a huge success in creating imaginary characters that captured our imagination! To honor his memory, the American cultural institute in Jakarta welcomes you to join Stan Lee Marvel-ous Movie Festival and pulls together some of his remarkable movies including Iron Man, The Incredible Hulk, The avengers, Thor, Guardians of the Galaxy and Captain America. The movie screening is held from 30 May - 3 June at @america, Pacific Place Mall, Level 3. Mark your calendar and join the celebration to Stan Lee’s legacy in this special movie festival! Stay tuned and follow @america on Instagram for more recent updates!