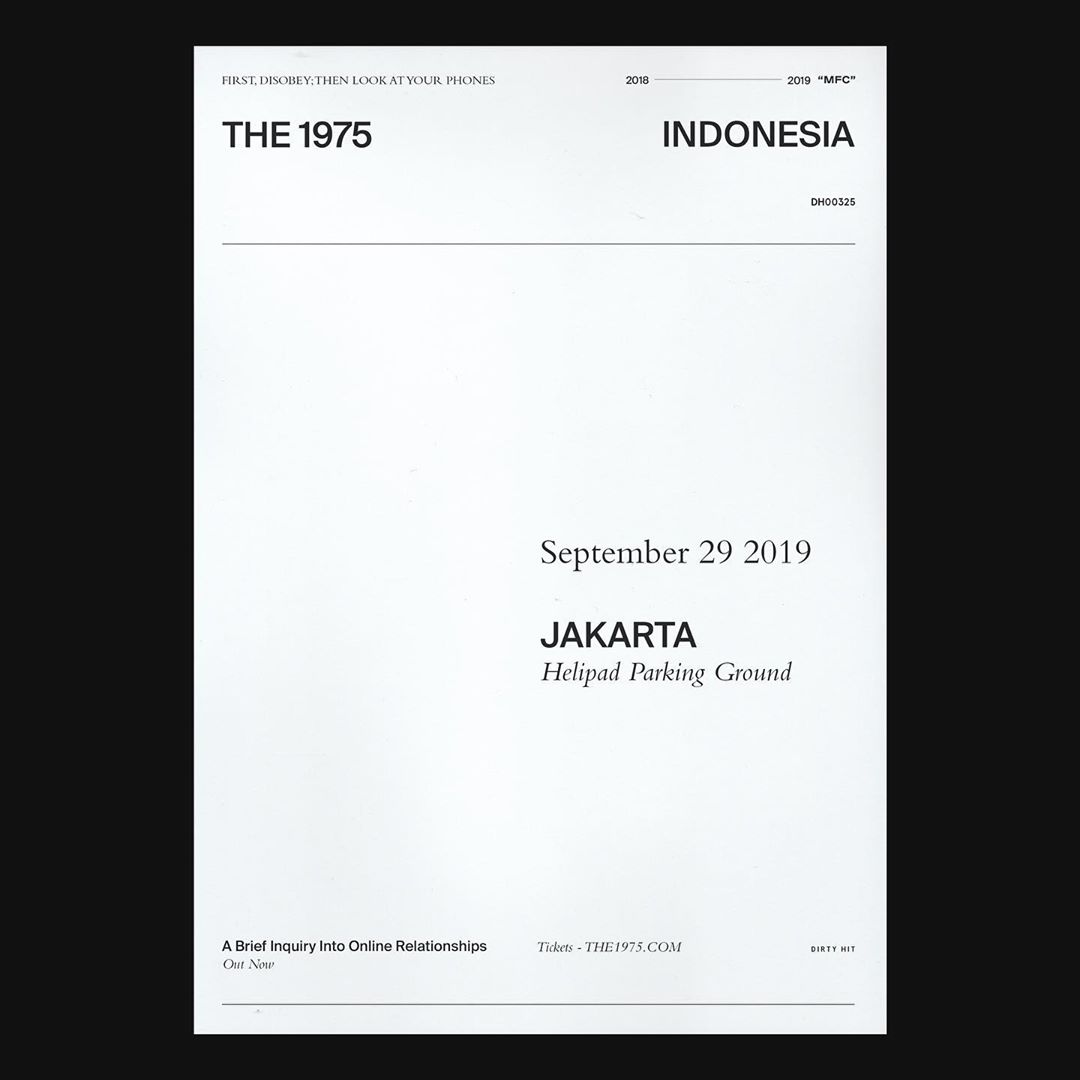 The 1975’s latest release ‘A Brief Inquiry Into Online Relationships’ was the their third consecutive #1 album and cemented their status as one of the biggest and most exciting bands in the world. The Manchester four piece have had a phenomenal rise to fame over the past few years, selling out shows across the world, being nominated for Grammy’s, the Mercury Prize ‘Album of the Year; and most recently winning BRIT Awards for Best Group and Best Album. Their latest album displays a range of musical influences which come together to form the hybrid sound they have become known for, bringing unparalleled lyrics and innovative pop to tracks including “It’s Not Living (If It’s Not With You)”, “TOOTIMETOOTIMETOOTIME” and “Love It If We Made It”. Following a sold-out UK arena tour in early 2019, the band will headline Reading & Leeds this Summer with their now iconic live show.

The 1975 is currently on a world tour and has planned to visit Jakarta on 29 September 2019. The Helipad Parking Ground of Gelora Bung Karno, Senayan will be the venue of the concert.