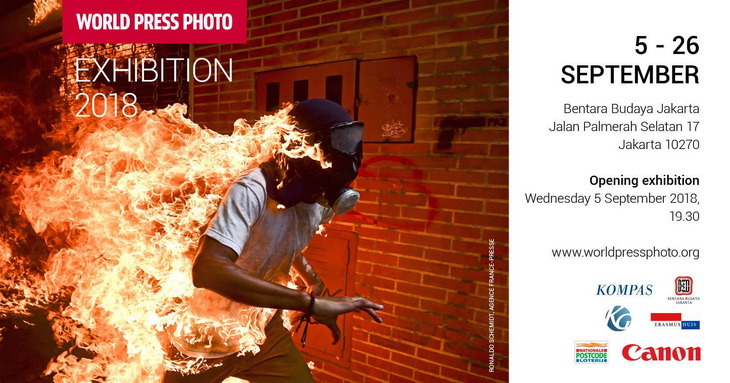 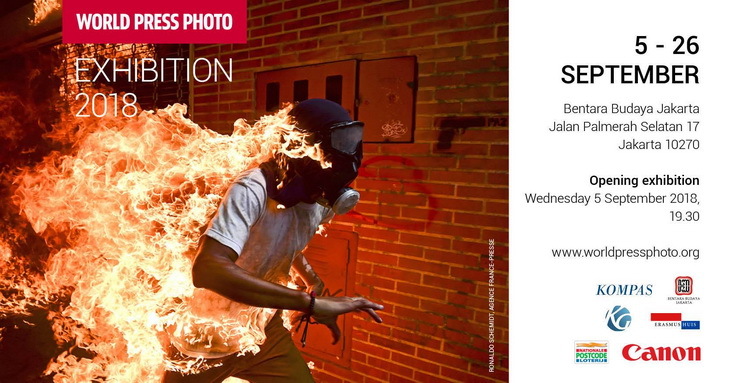 Erasmus Huis Jakarta, in collaboration with Bentara Budaya Jakarta, hosts the "World Press Photo" Exhibition featuring works from photographers from around the world. 42 photographs from 22 countries were nominated for the 2018 World Press Photo Contest. The entries were from across the world including Australia, Bangladesh, Belgium, Canada, China, Colombia, Denmark, Egypt, France, Germany, Ireland, Italy, Norway, Russia, Serbia, South Africa, Spain, Sweden, the Netherlands, the UK, USA and Venezuela. The images capture the state of the world today in all its rawness, including the bloodshed, culture wars, and environmental issues. The photo exhibit is ongoing until 26 September.