Violin rendition juxtaposed with an electronic arrangement by Dexter Sound Lab has created a contemporary classic composition on Sebastian Gunawan runway debut on Fashion Nation XIV in March. The first impression of what Sebastian Gunawan showed off the runway turned heads with the work on sartorial, ruffle sleeves, sparkly sequins, colour blocking, to heavenly feather details.

In front of the city’s fashionistas, the collection ‘Fly For Freedom’ is described as the encounter of a classic ball costume attire with modern design. The imagination that comes to Gunawan’s head is “Imagine Swan Lake, but make it disco,” as he articulated. Together with his partner and wife Cristina Panarese, the Indonesian designer who is also known as Seba, as he’s familiarly called, showcased a swanky collection of womenswear that suits the glamourous occasion or anybody who wants the eye-striking dress which has strong silhouette and volume. One will likely get attention by wearing these particular pieces. 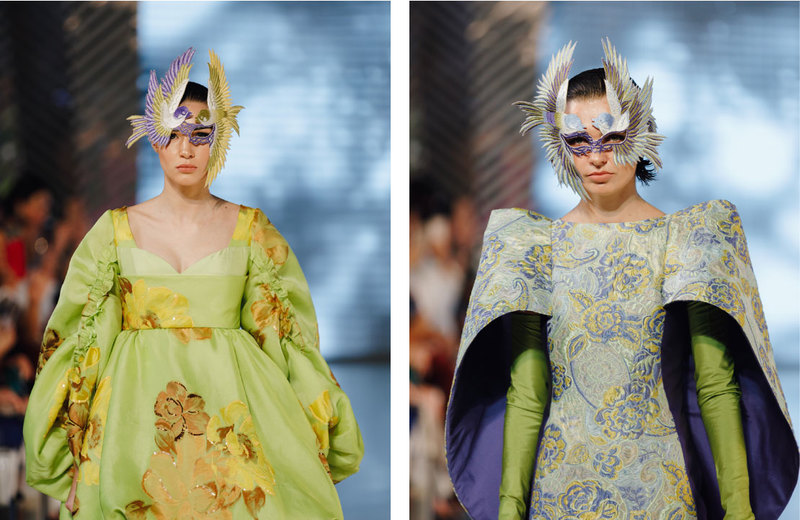 Known for his signature inspired by European rococo style, Sebastian Gunawan goes into personal styling, capturing the individual feminine personality of a woman that plays in a bright colour blocking and texture to accentuate each character of the clothing. A total of 40 pieces resembled Pierpaolo Poccioli’s design for Valentino who pretty much explores the construction of the fabric and colour blocking. Some of the pieces are easily identified from sentiment on putting gigantic accent of ribbon, feathery sleeves, opera gloves, contrast colour matching, as well as big painty flower pattern. 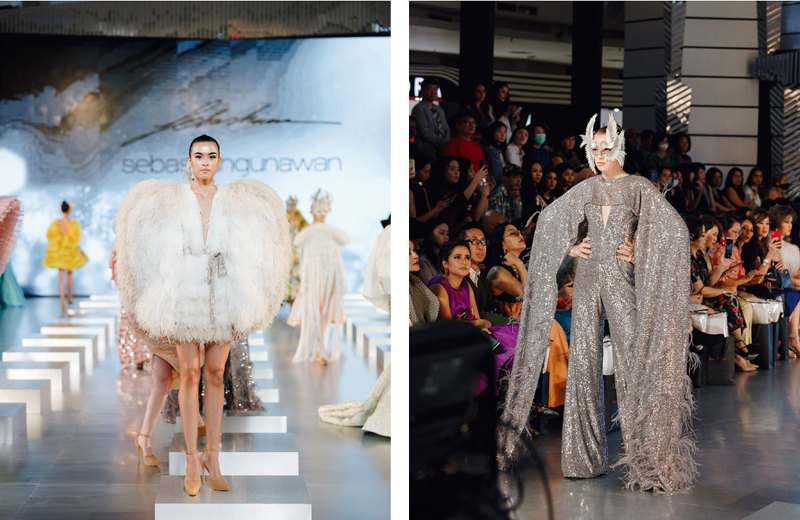 It could be a couture collection for the spring-summer season as it’s presented through vibrant and contrast colouring from lime green, lilac, mint, periwinkle, ivory, to neon gold. The statement of his collection also can be seen from his focus on emphasizing the tops, including the sleeves and shoulder. With a model wearing a mask with a bird shape on it, the collection could a pick up for evening events or opulent daytime parties.

As his premise to fully bring the woman’s expression to the highest, it’s the collection that also inspires him to get out of his comfort in his traditional silhouettes, denoting his ability to also create a more exciting contemporary design, especially for younger clients. “I hope women today have the courage to be different and independent without caring too much about social pressure and what they should wear,” Seba addressed.

At the end of the day, his muse is every woman who likes to show their feminine spirit, stepping out from the normative dressing by empowering them to express themselves through this specific collection. “Perhaps that’s what they meant by freedom, how freedom can also align in one unity,” Seba explained.