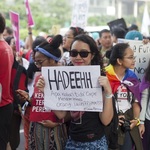 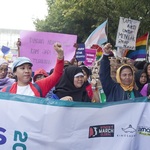 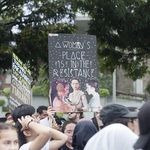 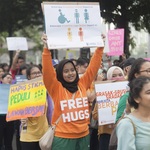 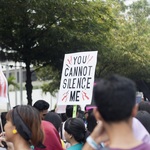 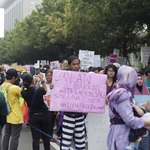 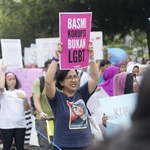 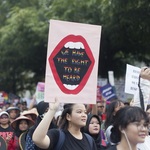 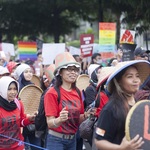 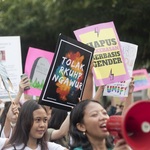 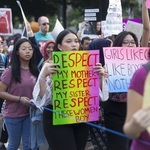 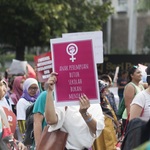 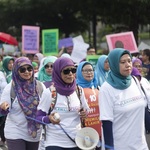 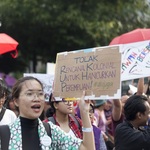 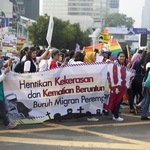 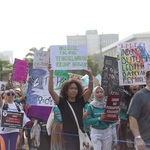 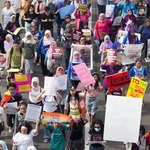 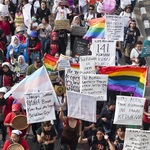 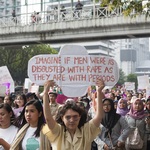 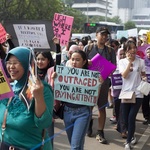 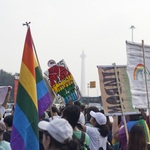 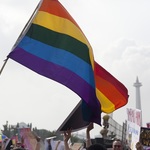 For the second consecutive year, women—and men— gathered in the hundreds on  3 March, to rally across Central Jakarta demanding equal rights for women around the country.  Initiated by rights groups in the lead up to International Women’s Day on 8 March, this year’s event highlighted eight main issues and saw a stronger, more diverse turnout.

Participants expressed their message via this year’s theme,  #LAWANBERSAMA (#FIGHTTOGETHER) during the march to Taman Aspirasi at the National Monument, Jakarta.  Marches were held in seven cities across Indonesia including Bali, Bandung, and Surabaya.

Leaders of various organisations and committees called for attention to eight major demands including eliminating discriminatory policies, ensuring and providing assistance to victims of violence and an end to gender-based violence.