During these past months, IHS Evening Lectures’ ‘new style’ has proven that the audience is willing to brave rain and traffic jams to come and listen to lectures because it is clear that it will be worth the effort. They came in great scores not only to listen, but also to participate and exchange ideas. The result was a series of four very dynamic and diverse lectures by expert and inspired speakers, who will be followed by five more already firm for the first half of 2018. 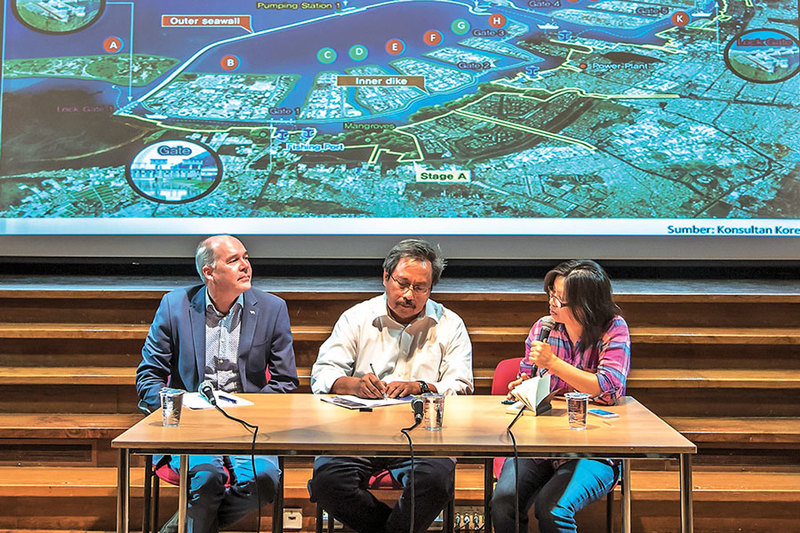 Banda islands: Spicy Past and Eco Future
Tanya Alwi spoke in September about the Banda islands and all who were there put these beautiful and historically interesting islands on their bucket lists. She made it sound easy to get there and offered help and tips for those who are planning a trip. The danger for the islands is that their historic place in the spice trade story may be forgotten and their amazing bio-diversity could be compromised if eco-tourism is poorly developed.

Where Australia Collides with Asia
In October the well-known writer Ian Burnet gave a lecture on Alfred Russel Wallace, the scientist who travelled for seven years in Indonesia while he researched its plants, animals and insects. Alone and sick in an isolated hut he came to the same conclusion as Charles Darwin about the theory of natural selection. Wallace was also the first to perceive that there is a significant divide that runs through the deep Lombok Strait and separates the Australasian from the Asian flora and fauna. This divide was later named The Wallace Line. After his lecture Ian Burnet signed his book and stayed to talk to many people in the audience, two of whom came all the way from Kuala Lumpur to hear him speak.

Giant Seawall: Blessing or Curse?
For those who were at the Evening Lecture last November, the recent flooding of north Jakarta by a ‘rob’, a flood coming from the sea, didn’t come as a surprise. It had already been predicted during the lecture on the Giant Seawall. A panel of experts consisting of Ir. Adang Saf Ahmad, Head of the Project Management Unit of NCICD (centre in photo), Jan Jaap Brinkman (Deltares) (left) and Evi Mariani (The Conversation.id) (right), answered lots of questions by the public after the very informative overviews given by Pak Adang and Pak Jan Jaap. As a visitor later said: ‘The audience was buzzing when they were leaving the auditorium.’

Vanishing Indonesian Textiles: Can They Be Saved?
The last lecture of 2017 was by Dinny Jusuf. Centuries-old traditions of hand-crafted textiles throughout the Archipelago are fading away. Fewer women sit at the loom, the old skills are lost, the experience is waning. Dinny Jusuf shared the challenges she finds in working with back-strap loom weavers. At the same time, she offered ideas to slow down or even stop this sad loss while making life better for the weavers.

For 2018 the Evening Lectures programme will again be diverse. Besides lectures and panel discussions, there will be a New Year’s buffet before the January lecture and an art exhibition by Indonesian artists connected to the theme of the March lecture. 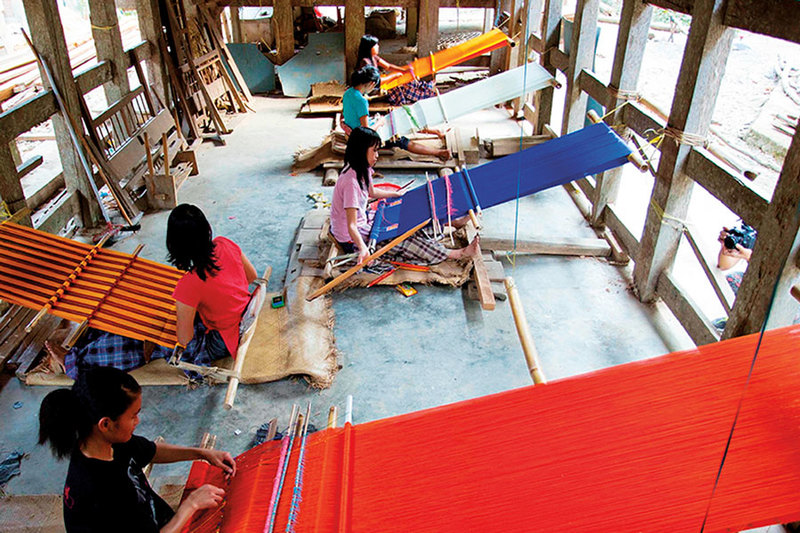 16 January: Fragile Memories: Preserving Indonesia’s Film Archives
Audio-visual products - movies, TV programs, photographs - reflect the times we live in and show, in retrospect, how times change. Indonesia’s climate is not kind to film; many materials are or soon will be unwatchable. As these disappear, so does a record of Indonesia. What happens if a country loses memories of its history? What can and should be done to preserve Indonesian film archives?

Orlow Seunke (IdFilmCenter Foundation) and Amanda Huntley (Huntley Film Archives) will give a presentation on restoration of old Indonesian films. This will be followed by a panel discussion with Dr. Hilmar Farid (Director General Culture of the Ministry of Education and Culture) and Adisurya Abdi (Director of Sinematek Jakarta).

20 February: Indonesian Child Soldiers
Sidney Jones (Director Institute for Policy Analysis of Conflict) will talk about this painful topic. Children have been used in Indonesian conflicts as scouts, couriers, and combatants. Both sides used them in Ambon and Poso, as did the Free Aceh Movement. Occasionally these children were arrested and found mentors in prison, but sometimes the war proved to be far more exciting than anything school could offer. Many Indonesian children have been taken to Syria and given military training or exposed to violence there. The Indonesian government now wrestles with issues of ‘reintegration’, looking at lessons learned from previous conflicts. Sidney Jones will draw on actual case studies to look at possible solutions.

20 March: From Taboos to Traditional Tolerance
Ayu Utami, pioneer of rebellious women-writers during Reformasi, will talk about this topic. The literary works of these women were breaking many taboos in Indonesia. They spoke about sexuality, politics, and religion in open ways as never happened before. However, the promise of freedom of expression has not been fulfilled as Indonesia now faces increasing radicalism. How do traditional and modern taboos develop and interact? Why does Indonesia,   famous for its cultural heritage of spiritual diversity, seem to become more intolerant precisely within democracy? 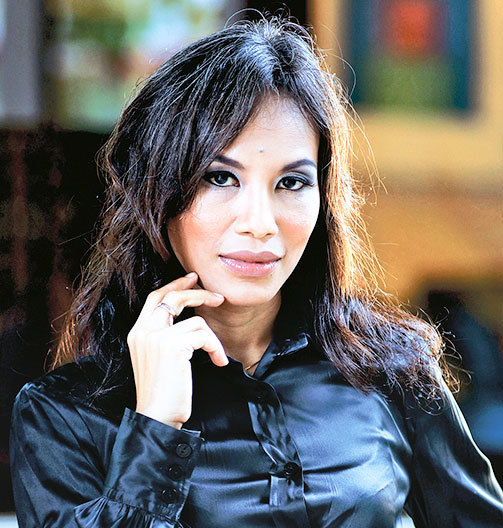 Ayu Utami is an award-winning Indonesian author. Her first novel, Saman, has been translated into ten languages. She was a journalist and a press freedom activist during the military regime. There will also be an art exhibition on the same theme by Indonesian women-artists.

17 April: Focus on Indonesian Cinema: Setan Jawa
The actress Asmara Abigail will talk about Setan Jawa, the movie in which she performed as the main character. This silent, black and white Indonesian film, accompanied by live gamelan music by Rahayu Supanggah, saw its premiere in 2017. Setan Jawa blends dance, fashion and visual arts and addresses mysticism, colonialism and other aspects of history. During the past year the film has been shown in Melbourne, Amsterdam, Singapore, Yogyakarta, Scotland, the UK and in Depok. We will have the opportunity to hear about Setan Jawa’s background and making before it is due to be shown in Jakarta. If we are lucky, Indonesian celebrated film Director and Setan Jawa producer Garin Nugroho will join us as well...

2 May: Reform in an Imperfect World: The Case of Indonesia
The lecture will be by Mr Muhamad Chatih Basri, former Minister of Finance and internationally recognized expert on international trade and macro-economy. He will talk about the possibilities and impossibilities of reform in Indonesia. What will the future hold for Indonesia?

Before each lecture, come and meet new and old friends while having a snack and a drink. Erasmus Huis is open from 6 PM. Everybody is welcome!