Just Say It: “You Don’t Think  Co-Curricular Activities Are Important!”

If you don’t already know, CCAs stand for “Co-Curricular Activities”. These are usually clubs or sporting activities where school children take part in, outside of regular school hours. In some schools they are called ECAs or “Extra-Curricular Activities”. Now, let’s not pretend. Many schools really don’t care for CCAs.  And neither do many parents.

I say this because if CCAs are important, why are these activities all lumped into an ill-shaped name, “Co-Curricular Activities?” I don’t see Math and Science lumped into a category called “Co-CCAs subjects.”

If CCAs are essential to a child’s development, why are they often thrown to the back of the day? Why after-school? Why not where Math sits somewhere at the start of the day?

If CCAs are important why are so many of these activities out-sourced? I don’t see Science being out-sourced.

If CCAs are important why are children in some schools being made to pay for these activities? I don’t see students told they have to pay for Science experiments in the labs.

If CCAs are important, why are they sometimes run by teachers with passion but no experience?

You wouldn’t ask an inexperienced Math teacher to teach a class just because she has the passion to do so.

If CCAs are important why is their participation in some activities limited by numbers? We don’t see a school saying, “Hey there are too many interested in Science this year, so some of you need to go find another subject.”

If CCAs are important, why are Schools only taking the best into their Sports offerings and Clubs? We don’t see Schools saying, “Hey go take Geography. Because your Science is awful. We only want to show case our best Science students for the coming Science Olympiad.”

If CCAs are important why isn’t development and participation in CCAs tracked as earnestly as it is being done for subjects like Math, Science and English? Why isn’t there extra intervention to help a child do better in Sports or Music, just like schools are seriously doing for their main subjects?

The fact is many Schools do not give CCAs the level of importance they deserve for their students’ intellectual, social, physical, emotional, and even moral development. As for parents there is a stark lack of understanding as to what CCAs can do for their child’s holistic development.

In an unpredictable world when we speak of the importance of 21st century skills we often speak of skills like collaboration, creativity, communication, entrepreneurism and perseverance. And these are skills that can effectively be honed outside the classroom.

For example, when you play sports, you learn about discipline and endurance. You learn that practice and preparation cuts the odds of failure. You develop grit and doggedness. Spunk and tenacity. If it’s a team sport, you learn about teamwork and leadership values. You experience winning and losing. You pick your chin up when you lose and move on. You celebrate victory with grace and humility. You learn about camaraderie and sportsmanship. You make new friends with people who are of a different color, come from a different background and may be even speak a different language. All this, while learning about your own body and your own health.

Similar skills are honed if you join a club or play a musical instrument. If it is a Robotics and Design club, you learn about real world issues and how technology can disrupt and change the world. You learn about of adaptability. You witness curiosity and see problem-solving in action. If it is a musical instrument you want to play, you begin to explore your own creative self, you understand the ability to express your emotions differently, and you learn to be patient and understand how to harmonize when others play next to you.

The fact is CCAs build personality and the young learn real life skills like time management. They teach you to organise, network and better understand your strengths and weaknesses. You may be the role model which builds your own confidence. Or you may see other role models for you to emulate. CCAs allow you to relax, rejuvenate, mingle and smile.

Parents often wonder why their children do well in School but struggle in the real world. CEOs of companies complain today that graduates do not have the organisational skills they need.

They don’t collaborate nor do they persevere. They don’t communicate well and quit easily. Many HR Managers say they pay less attention to the grades or the universities which applicants often flaunt. These recruiters now scrutinize sports and club credentials.

In the US, 95 per cent of Fortune 500 CEOs play college sports. Indra Nooyi, Chairman and CEO of PepsiCo, played cricket at college in India. Facebook’s Chairman and CEO Mark Zuckerberg was captain of his high school fencing team. Sports and Clubs are clearly essential to forming leadership skills.

Very recently there was an article in the Singapore newspapers about a frustrated parent who said his son was asked to sit for a test to join his favorite CCA. A test? Really? For a CCA? This school oddly has a different approach to its CCA philosophy. Clearly here it is not about the holistic development of each student. Instead CCAs are seen as yet another opportunity to hide the average and show off the best. And in the process, sadly, keeping the spotlight on the school, and not on the child.

In Indonesia, I know of parents who yank their children out of CCAs because to them going to tutors for extra classes is more important. These parents apparently see CCAs as mere “time fillers” with no “developmental impact”.

Then I read about a progressive school in Singapore that stops academic teaching early on Fridays so that students can go enjoy their favorite CCA.

So that begs the question “Do Schools really think CCAs are important?”

Philosophically, Schools need to make the mind shift to admit that CCAs are just as important as Math and Science and all those other subjects they teach in classrooms. And when that mind shift happens, I am sure we will begin to see some of these developments in progressive schools:

A Monday perhaps starting with club-time, then followed by Math and Science.

Parents partnering with schools to encourage their children to remain active in CCAs.

A Wednesday or a Friday that perhaps sees teaching stop mid-day with students moving to their favourite sport.

Qualified teachers with experience and passion running clubs and sports.

Students being allowed to choose what they want from the spectrum of CCAs, and Schools accommodating every child without tests or trials.

Participation and development in CCAs being tracked with earnest encouragement and intervention to allow a child to develop in his or her favorite sport or club.

And finally, please…. can we not call CCAs, “CCAs” or worst still “ECAs”. If Math is Math and Science is Science. Then Sports is Sports and Club Time is Club Time. 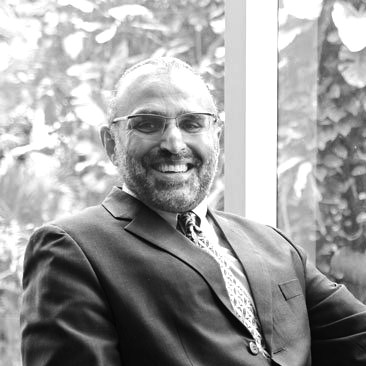 Jaspal Sidhu is Founder and Chairman of the SIS Group of Schools.

Getting an 'A for Effort' with Jakarta's Top Tutoring Centre