Seri Nusa, A Collaboration of The Palace Jeweler and Fashion Designer Samuel Wattimena

The Palace Jeweler, a jewelry retail company promoting Indonesian culture, launched a new collection in collaboration with well-known fashion designer Samuel Wattimena. Seri Nusa, the first collection to be presented, was inspired by the silhouette of pending, a traditional jewelry piece identical with the elliptical shape, which was originally used as a belt head particularly by people living in the western part of Indonesia. 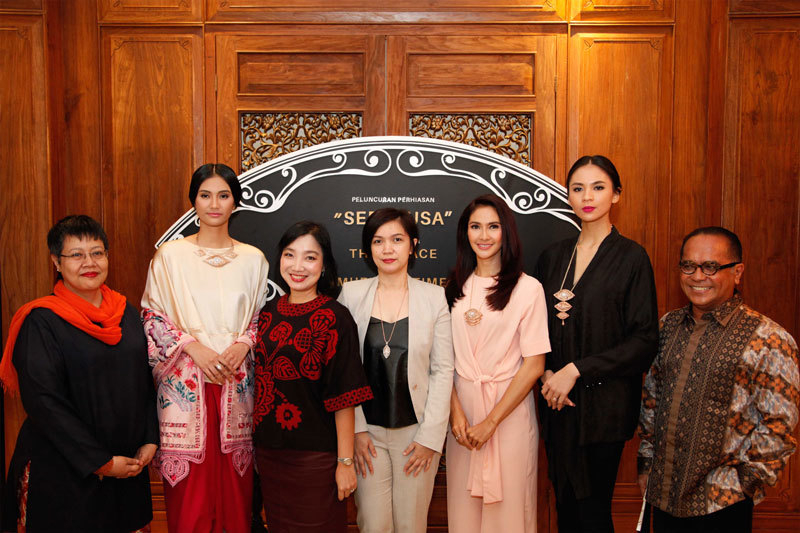 Notty J. Mahdi, an anthropologist from the Indonesia Anthropology Study Forum explained that the existence of pending could be traced back to the 7th century, when Chinese merchants first brought it here. Pending then quickly was adopted by the people of Indonesia. Because of the high import cost, sellers began to look for pending crafters in the land of Sumatra. Traditionally, pending was used for wedding receptions and other celebrations.

The shape of pending is generally oval or rectangular with rounded corners to represent the hope for its wearer to always have excessive fortune, health, harmony and authority that continue to spin endlessly. Depending on the region, the pending was created in different versions. In Aceh, for instance, the craftsmen included flowers in the motif, representing beauty.

Notty J. Mahdi added that besides flowers, leafs and sometimes the mythological illustrations of animals were included as well, symbolizing everlasting relationships, prosperity, harmony, happiness and majesty. The deep philosophical meaning of local jewelry, which has now been adapted in a modern way, therefore beautifully conveys the spirit of Indonesia’s culture. 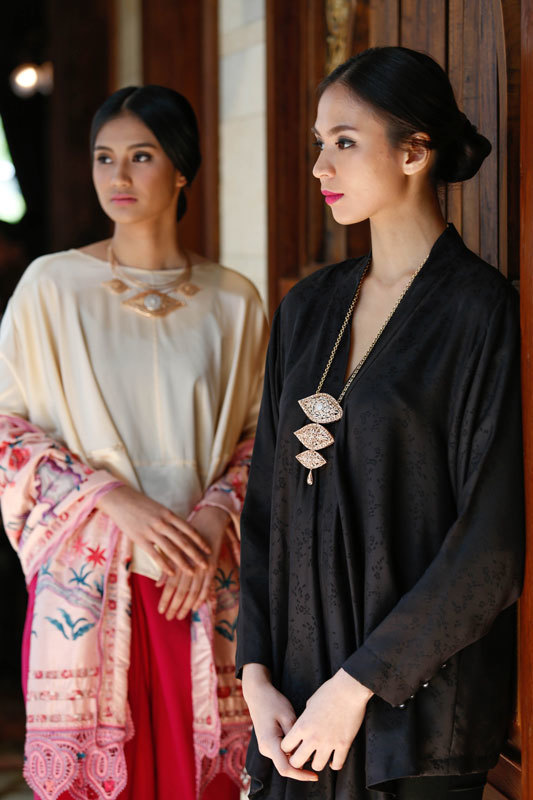 The designs of Seri Nusa collections are tailored for different functions. There are more luxurious and detailed designs that are perfect for parties, celebrations and other special occasions, including for traditional Indonesian clothes such as kebaya. The smooth and simple designs, however, can be easily matched with daily outfits and modern fashion such as casual and office clothing.

The new collection carries more than 20 models of jewelry including earrings, bracelets, necklaces and brooches made of gold and diamond. Seri Nusa will be available across the 12 stores of The Palace Jeweler in Indonesia and will also be distributed in more than 50 outlets under the retail brand PT Central Mega Kencana, which includes Frank&Co, Mondial Jeweler and Miss Mondial Jeweler, starting from August this year.