The Futuristic Aesthetic of Byo

Tommy Ambiyo Tedji is known as a designer who has the remarkable ability to think outside the box. Through his unconventional products, distinctive in their aesthetic, from clutches to apparel, he shows people that futuristic items are not unwearable pieces with bizarre looks. Tommy’s devotion to innovation makes his beautiful goods stand out in a highly competitive market. 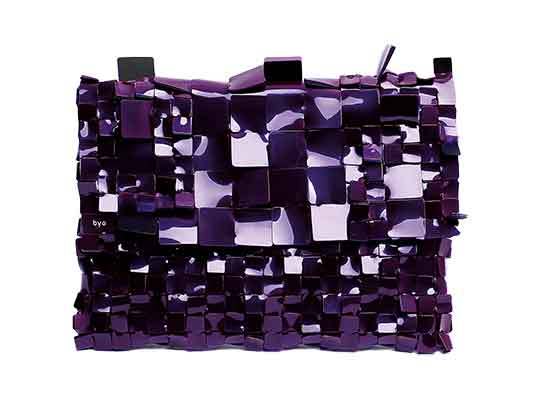 Byo is the brainchild of Tommy Ambiyo Tedji, a graduate of Bandung Institute of Technology, majoring in industrial design; Byo (pronounced bee-yo) derives from his middle name, Ambiyo. His products naturally get a sense of futuristic aesthetic, as he drew his inspirations from the world of fantasy and science fiction movies, such as “Ex Machina”. 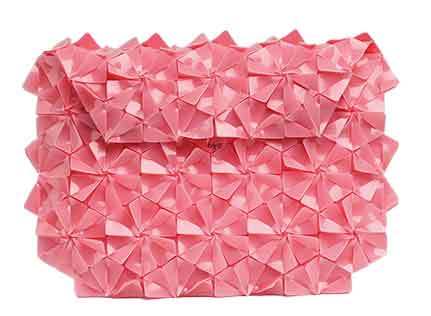 Besides the online shop www.b-yo.com, his goods are also available at stores that are associated with quality merchandise, namely Galeries Lafayette at Pacific Place mall and The Goods Dept at various malls in Jakarta.

In 2010, Byo launched a tyvek bag, called Ker+tas (paper) – it was an instant success. Eventually, those cute paper bags went out of favour, but not before making a splash before petering out. Tyvek is not a very durable material while for many customers durability is an important issue. In 2011, Tommy stopped producing his tyvek bags. 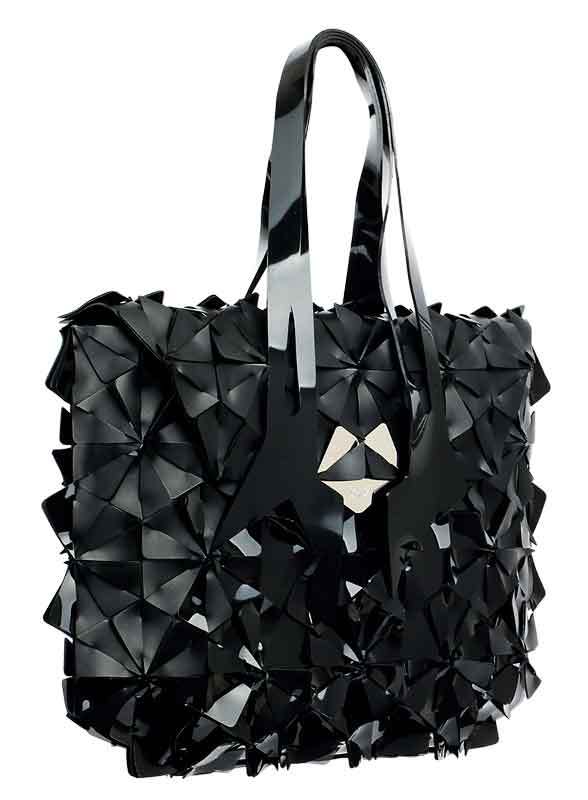 In 2014, after a hiatus, Byo launched Alchemy, a gorgeous clutch with an unusual design that had never been seen in the market before, crafted by hand entirely of a very unique woven technique, which was invented by Tommy himself.

Alchemy, a clutch which is assembled of floral-shaped pieces, is designed by using modular systems of materials based on the study in sacred geometry. Tommy created the floral-shaped pattern by initially splitting a triangle in half and then reassembled the discarded parts together again in a new shape, which resembles a flower. 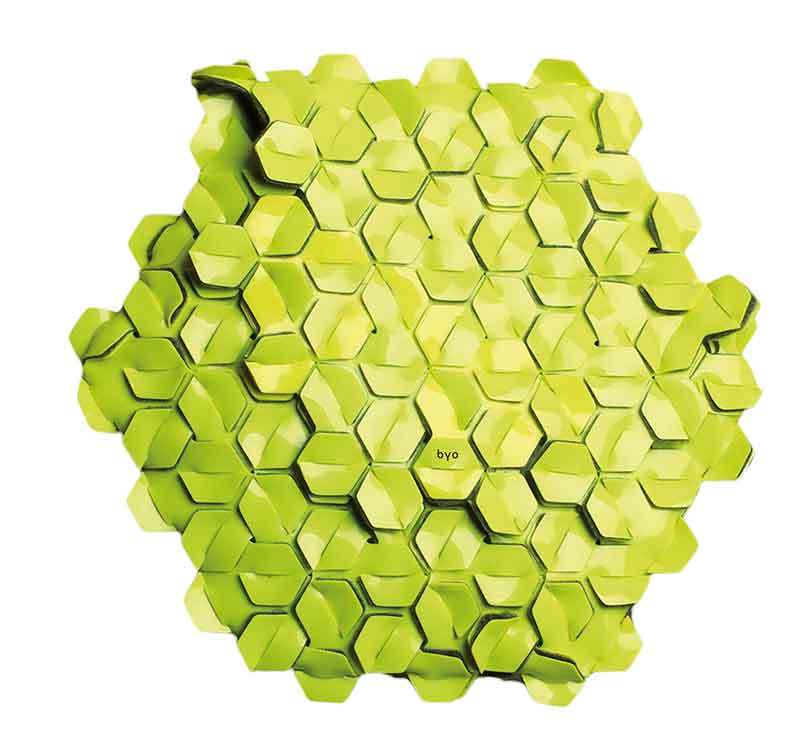 In other words, each clutch is made out of hundred pieces of modules (created of Polyvinyl Chloride/ PVC and latex). Those modules are neither sewn nor glued, as the clutches are actually made by interweaving the modules tightly. Those modules, which are cut by machine, are meticulously hand-woven by Byo’s artisans.

The technique is inspired by traditional mat woven – however, the procedure used by the craftspeople in making Byo’s merchandise is way more sophisticated and gives a much more beautiful result. Tommy is the one who created the techniques applied in making Byo’s hand-woven products. 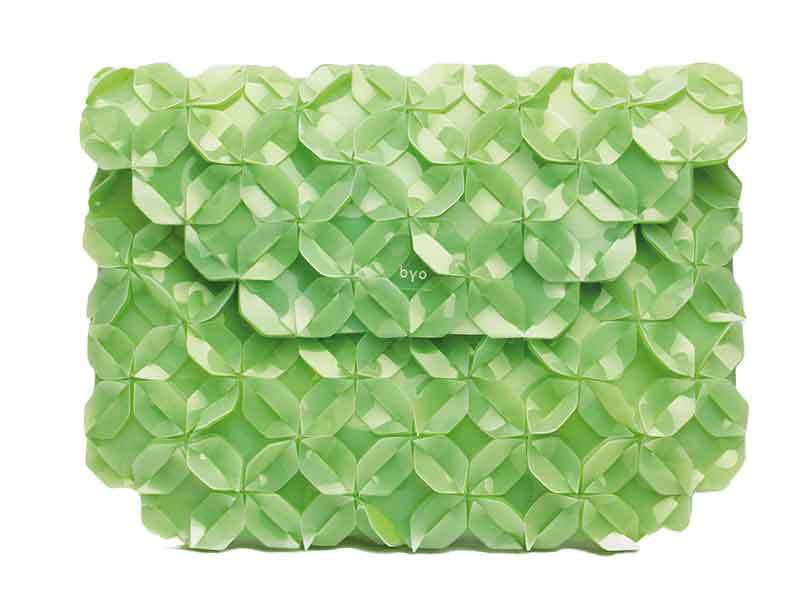 By using four different modular systems and PVC as the main material, he has designed and launched four bags and clutches (initially Byo offered clutches only, currently it produces bags too), namely Alchemy (2014), Kawung (2015), Hex Machina (2016) and Allegro (2017) – each design is based on geometric patterns.

Some goods combine PVC with latex, while others combine PVC and nylon – each merchandise is made out of hundreds of pieces of modules. All of their modules are neither sewn nor glued. Instead, all of Byo’s products are uniquely made by tightly interweaving the modules.

Kawung clutches are inspired by a pattern in Javanese batik called kawung. The hexagon’s modular pieces in Hex Machina clutches resemble snowflakes and beehives in appearance. Each of Tommy’s designs, indeed, is completely different from one another. 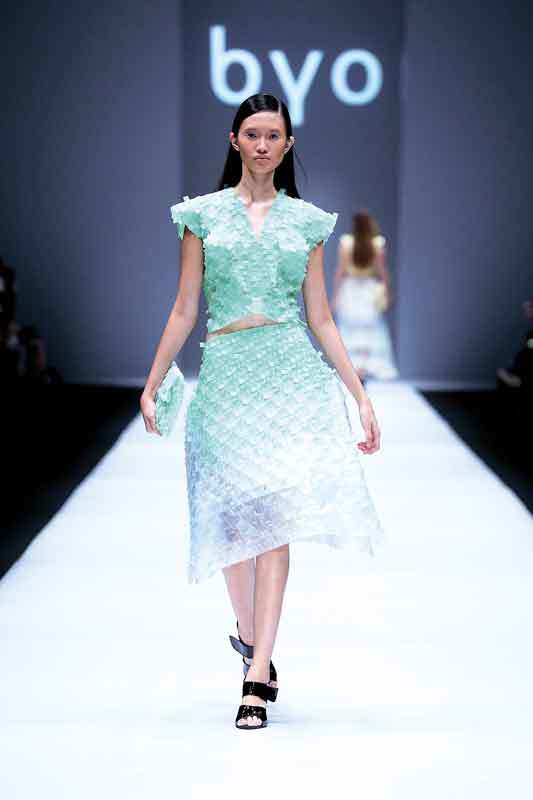 The shiny Allegro clutches are the most luxurious-looking items from Byo. Luxury bags and clutches are often made of exotic leathers, such as alligator skin. Instead of using genuine leather to make luxurious-looking goods, Byo takes a fresh approach by using material in the form of modules, which are created from the combination of PVC and latex. The tessellation, which is entirely made of hand-woven modules, bears a resemblance to the tessellation on the skin of an alligator. Later, Tommy created snakeskin-inspired clutches as well. 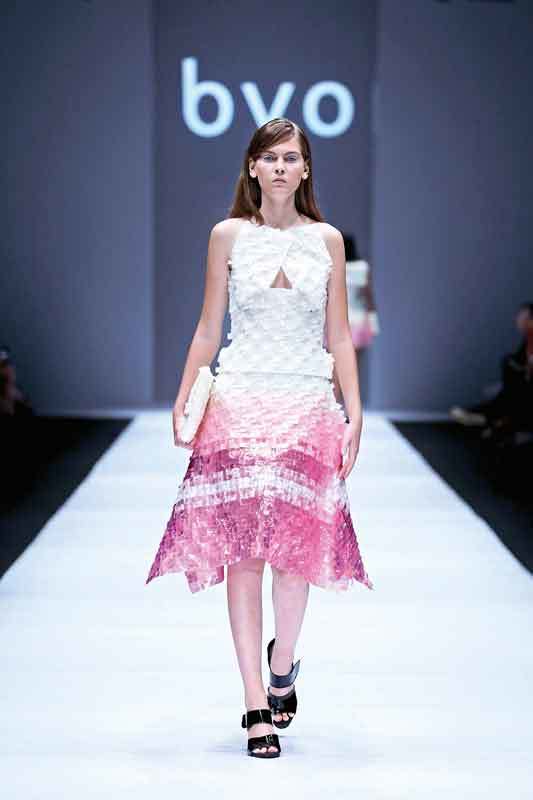 Besides clutches and bags, Tommy has also created PVC apparel – Indonesian lifestyle and fashion magazines have raved about Byo’s apparel as beautiful clothes with a distinctive style. Just like Byo clutches and bags, they are also designed based on geometric patterns, and their modules are neither sewn nor glued either as they are made by tightly interweaving the modules.

The clothing are especially created for Jakarta Fashion Week 2017 - they are not yet commercially available. “To be honest, those clothes are not designed for comfort, as they are made of PVC,” says Tommy. However, if asked, Tommy would create made-to-measure apparel for discerning fashionistas.

Today, Tommy is famous as a designer who distinguishes himself from other designers by creating unconventional, futuristic clutches, bags and clothes, which are based on his admiration for science fiction movies and his thirst to create visually appealing products from experimental objects. 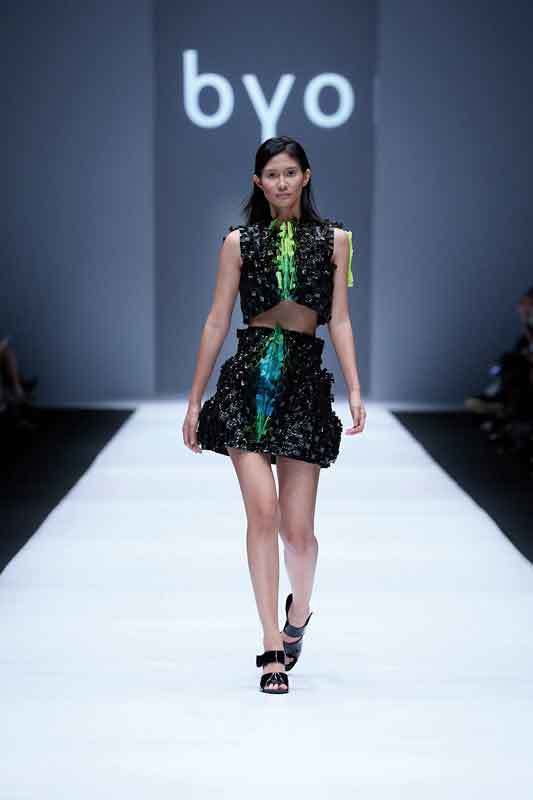 Indeed, Tommy is always enthusiastic to experiment more with different materials and techniques in creating his goods (such as, he plans to use genuine leather in the future) – he always creates his own unique style.

In the design world, admiration can turn into inspiration, and inspiration can turn into imitation. Tommy, however, is not keen to imitate other designers’ style, no matter how much he admires their works. “Rather than emulating other designers, I prefer to create my own styles,” says Tommy, who himself is a great admirer of many designers, including Dieter Rams, Jony Ive, Craig Green, Nicolas Ghesquiere and Issey Miyake.

Thus, despite the time-consuming trial-and-error process in producing the unconventional Byo goods, Tommy enthusiastically and continuously brings new, innovative products to the market. And whether they come in the form of clutches, bags or apparel, Tommy’s designs never lack style and originality.