Are you confused about whether your immaculate love deserves to translate into marriage? Do you worry about the repercussions of this double-edged sword? Well, read these famous marriage quotes and allow Marilyn Monroe, Mohandas K. Gandhi, Agatha Christie, and others help you make the right choice. Some of them are worth contemplating but some others are thoughtfully funny. When you read funny marriage quotes, you realise that even a perfect marriage has its inherent flaws but those flaws add to the charm of marriage.

Marriage is not about age; it’s about finding the right person.

The Japanese have a word for it. It’s Judo – the art of conquering by yielding. The Western equivalent of Judo is, “Yes, dear.”

I first learned the concepts of nonviolence in my marriage.

Is not marriage an open question, when it is alleged, from the beginning of the world that such as are in the institution wish to get out, and such are out wish to get in?

It is always incomprehensible to a man that a woman should ever refuse an offer of marriage.

I married the first man I ever kissed. When I tell this to my children, they just about to throw up.

The trouble with some men is that they get all excited about nothing – and then marry him.

An archaeologist is the best husband a woman can have; the older she gets the more interested he is in her.

Spouse: someone who’ll stand by you through all the trouble you wouldn’t have had if you’d stayed single.

Treasure the love you receive above all. It will survive long after your good health has vanished.

Many marriages would be better if the husband and the wife clearly understood that they are on the same side.

The development of a really good marriage is not a natural process. It is an achievement.

Marriage is the perfection of what love aimed at, ignorant of what it sought.

Love grows by giving. The love we give away is the only love we keep. The only way to retain love is to give it away.

Married couples who love each other tell each other a thousand things without talking.

One man by himself is nothing. Two people who belong together make a world.

Some people ask the secret or our long marriage. We take time to go to a restaurant two times a week. A little candlelight, dinner, soft music and dancing… she goes Tuesdays. I go Fridays.

My husband and I have never considered divorce…murder sometimes, but never divorce.

Marriage is not spiritual communion; it is also remembering to take out the trash.

There is nothing nobler or more admirable than when two people who see eye-to-eye keep house as man and wife, confounding their enemies and delighting their friends.

My wife and I were happy for 20 years…then we met.

I think men who have a pierced ear are better prepared for marriage. They’ve experienced pain and bought jewellery.

Marriage is the alliance of two people, one of whom never remembers birthdays and the other who never forgets.

All tragedies are finished by a death, all comedies by a marriage.

Whatever you may look like, marry a man your own age – as your beauty fades, so will his eyesight.

If you want to sacrifice the admiration of many men for the criticism of one, go ahead…get married.

Love is blind, but marriage restores its sight.

For two people in a marriage to live together day after day is unquestionably the one miracle the Vatican has overlooked.

I’ve had bad luck with both my wives. The first one left me and the second one didn’t.

I have yet to hear a man ask for advice on how to combine marriage and a career.

Some people claim that marriage interferes with romance. There’s no doubt about it. Anytime you have a romance, your wife is bound to interfere.

A good wife always forgives her husband when she’s wrong.

A man is incomplete until he is married. After that, he is finished. 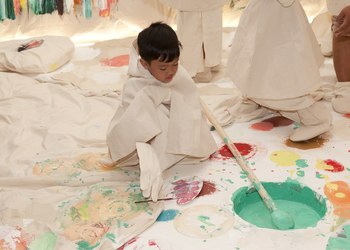