AFL International Cup 2017: The Garudas Come To Face The Fire

For any sporting team, especially a young team in a sport many had not even seen until a few years ago, there are inevitable obstacles on the way to success. There are injuries, inexplicable losses in games that get away from you in minutes, and the dreaded plateau whereby a young athlete hitherto improving markedly every month just plain stops still in some kind of unchanging athletic purgatory. It could last for a month, for a year or that could be basically it for you in that sport. 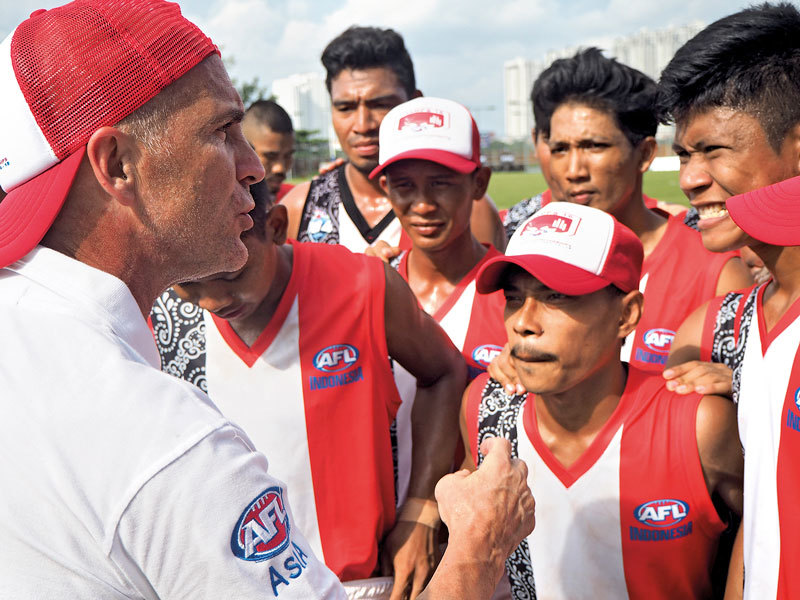 The Indonesian Garudas, the country’s national AFL football team, like all athletes, face the aforementioned tribulations but they also have a few of their own unique home grown trials to face on their journey to contesting the IC17 International Cup in Australia next month.

A burning orphanage is one.
In March this year, the Mama Sayang Orphanage in Bogor, home to the bulk of the Jabodetabek-based Garudas, burnt down, fortunately with no injuries but with team members going through the disruption of a home reduced to ashes overnight and the rigors and stress of rebuilding. Still, with their eyes on the prize and facing resolutely the challenge that lies ahead, the Garudas were back at training barely after the smoke had cleared.

The Garudas Tim Nasional comprises players from Jakarta, Bali, and Borneo. They are a close knit team that went to Ho Chi Minh City last October and triumphed over the the redoubtable China Reds from the Middle Kingdom and Indochina (an alliance formed between players from five national teams: Cambodia, Viet Nam, Myanmar, Thailand and Laos). In doing so, the Garudas took down the coveted Asian Cup 2016. 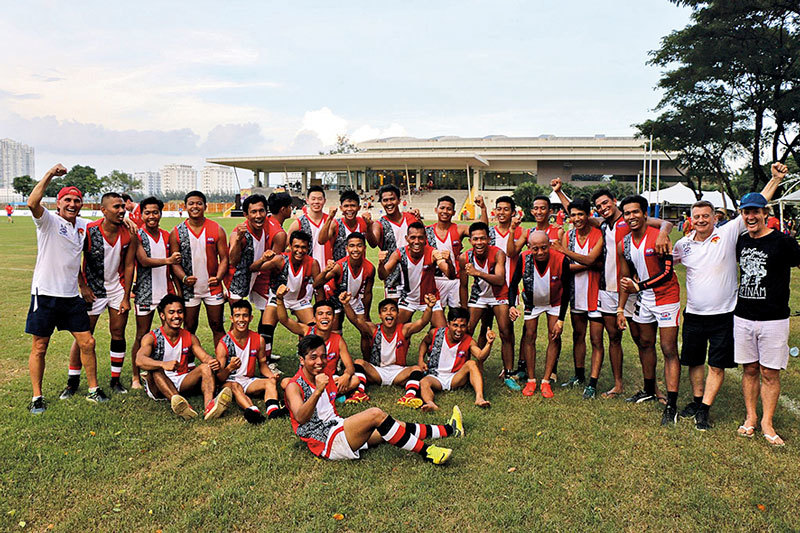 In Melbourne in August, in the IC17, there will be a whole different fort to storm. The AFL International Cup is played every three years. No expatriate Australians are eligible to play. Teams are comprised solely of amateurs who must be nationals of the country they represent. Many of the Garudas have never left the island they were born on. The conditions, the cold and the crowds will be something they will have to acclimatise to, and quickly.

There also will be some towering big bodies from teams out of the Pacific Islands, North America, Asia, the Middle East, Africa and Europe, no doubt about that. The Garudas squad ranges from tall broad-backed players like the captain Timboel Kukuh and long-time trooper Boy Pasaribu, down to the 40 kilo frame of Frenky Waruwu who would be possibly easy to tackle if anyone could ever catch him. Wisely, the Garuda players for many seasons have been accustoming themselves to opposing bigger, stronger players with the cream of the squad playing for the Jakarta Bintangs Football Club against expatriate-laden teams from Malaysia, Singapore, Thailand, Philippines and teams from up and down the former Bamboo Curtain. In June, key Garuda utilities Bombok Hariyanto and Anton Yacobus racked up telling experience playing for Jakarta in the Bali Asian Masters over 35s competition. If you want experience against big, big footballers, an over 35s competition is the place to go look for it.

But the time for practicing is almost through. The IC17 is in a few short weeks and the Garudas are chomping at the bit to have a crack at it.