The Jakarta Komodos Junior Rugby Club are pleased to announce that the new 2017 season will kick off with a morning of fun, rugby-based games, activities and a BBQ at the club’s training grounds at the Jagorawi Golf and Country Club on the outskirts of Jakarta on September 3, 2016. 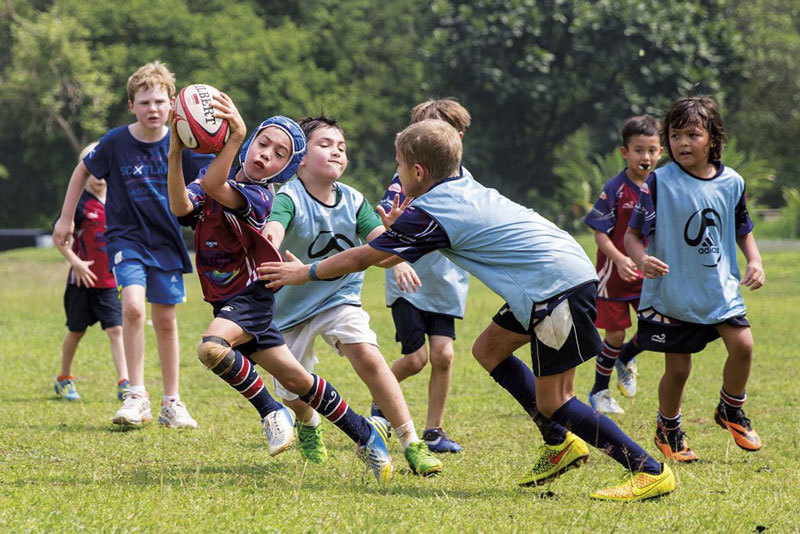 Despite a decline in the number of expatriate families working and living in Indonesia, the Jakarta Komodos Junior Rugby Club (JKJR) were able to maintain numbers throughout the 2015/2016 season and record some impressive results in Southeast Asia regional rugby competitions, particularly in Singapore.

In addition, the club is proud of its record of developing grassroots girls’ and women’s rugby, as well as developing the game among more marginalised groups in Indonesia, particularly in the village of Kranggan near our training grounds. We are proud of our achievements in this area and something we hope to build on in the coming season.

JKJR chairwoman Jess Djamhoer said the club was looking forward to the return of last season’s players and the arrival of a number of newcomers.

“Our numbers are looking good but it would be excellent if JKJR parents help spread the word about the season-opening event on September 3 and try and encourage as many new players as possible to give rugby a try,” she said. “It’s a great Saturday morning activity and we have touch rugby at JIS on Tuesdays for Under 9s and above.”

Cameron Bates, coach of the Under 8s team, said a new Under 7s/Under 6s non-contact team was taking shape, which was suitable for girls and boys aged from the age of about 5. “It’s ideal for new players who want to learn the basics of rugby, including passing, catching and running with the ball in a safe, supervised outdoors environment,” he said. “It’s a great introduction to the game and we have a number of new players starting out, about half of whom are girls.”

Meanwhile, Johannes Spies, coach of the young teens age groups, said players were looking forward to resuming their training after the summer break.“The Jakarta Inter-School Tournament begins in October and runs to the end of January, and we will get our first taste of regional action at the Centaurs Tournament in Singapore in early December,” Johannes said. “We are also looking at tournaments in Bangkok and Bali early next year, as well as the Jakarta 10s in May, 2017.”

Fees will be as follows:
The fees this year for the whole season (September 3 to May 6) will be:
U8s and below: Rp2,5 million
U9s and above: Rp3 million
A discount of Rp500,000 will be offered to siblings
Fees include equipment, field rental, full kit and domestic and international tournament registration
Registration date is yet to be confirmed but will be processed through the JIS Academy website

Born into a rugby-loving family, Stephen has always been passionate about the game. He played for the University of Queensland before a 2-year stint playing in New Zealand. In 2004, Stephen and his friends founded Indonesian Rugby. He still remains a loyal servant of Indonesian Rugby today and was honoured as a life member of the Union in 2013. Stephen is Head of International Relations of Persatuan Rugby Union Indonesia and has been NOW! Jakarta’s rugby contributor since 2008.