Singapore will be the only Southeast Asian country to host a leg of the International Champions Cup for the next four years, so buckle up football fans and catch the earliest possible plane headed to Singapore. 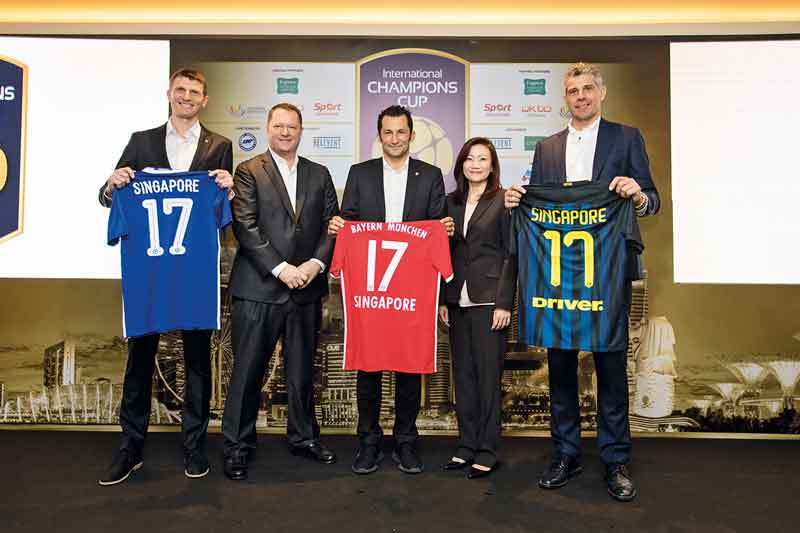 This internationally renowned competition features nothing but the best in football; Real Madrid, Barcelona and Paris Saint Germain are only a few of the clubs that have competed in previous editions of the tournament held across the globe. This year, Singapore will be hosting FC Bayern Munich, Chelsea FC and FC Internazionale (Inter Milan) in a series of three matches between these popular teams.

Over the past 17 years, Chelsea has won the Premier league five times, securing its place among the greatest ever football teams. Chelsea’s Premier League victory just two months ago comes after a series of tactical changes and the £30 million signing of N’Golo Kante. Kante was voted PFA player of the year (2016-2017) and his contribution to Chelsea resonates through this win.

Bayern Munich have won all three major UEFA competitions and was the first German team to have won the treble in the 2012/2013 season. The club has also won both the Fifa Club World Cup and the UEFA Super Cup in the past four years. Bayern Munich have been German Champions 27 times, maintaining their consecutive win streak since 2012. One can confidently say that Bayern Munich is the most successful German team ever, both internationally and domestically.

Internazionale Milano has won the Italian Serie A 18 times and the prestigious Champions League title three times. They have also won the Fifa Club World Cup in 2010. Inter has, throughout its long and oftentimes glorious history, secured its place among the greats.

From each of the three competing teams, one former player has been invited to promote the event: Tore Andre Flo of Chelsea, Hasan Salihamidžić of Bayern Munich and Francesco Toldo from Internazionale. All three players visited Singapore as representatives of their clubs to officially present the best that football has currently to offer.

The tournament will kick off with a fiery start on the 25th when Chelsea will play Bayern Munich - a rematch of the 2012 Champions League final that the Bavarians lost at home in Munich in a nerve-wracking penalty shootout. On the 27th, Bayern will face off against Inter, and finally, Chelsea will play Inter on the 29th, having suffered a 0-1 defeat to the Italian side during the 2010 Champions League campaign.

The ICC offers a rare possibility to football fans in the region - including Indonesia where most people are crazy about football -  to witness s a veritable clash of three football giants in Singapore. Don’t miss that chance!

Text by Loic Thiry  •  Photo courtesy of International Champions Cup
The writer of this article is a student from British School Jakarta who did an internship at NOW! Jakarta.