The Unpredictable Dynamics  of Indonesian Sports 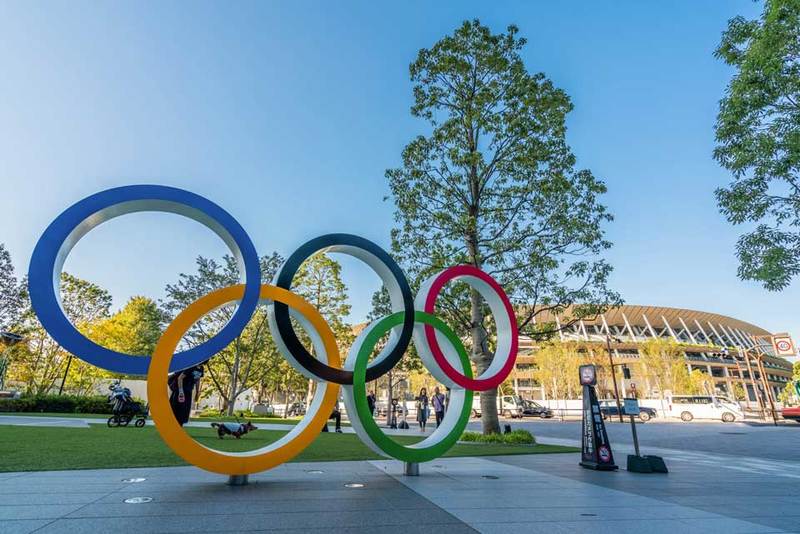 The world’s largest quadrennial sporting event, the Olympic Games Tokyo 2020 finally took from 23rd July to 8th August, after being postposed for a year. Indonesia, which officially dispatched 28 athletes and 17 officials to compete in eight sports: athletics, archery, rowing, shooting, badminton, weightlifting, swimming, and surfing, won 1 gold, 1 silver and 3 bronze medals and placed Indonesia 5th in overall ranking and in second place after the Philippines among ASEAN countries.

Compared to Thailand and Malaysia, Indonesia’s contingents was relatively small, while Thailand sent 41 athletes and Malaysia 30 athletes. Thailand only won one gold medal made by taekwondo athlete, Panipak Wongpattanakit. While Malaysia only won one bronze medal from the men’s doubles badminton, Aaron Chia and Soh Wooi Yik. Therefore, the Indonesian people and government deserve to give appreciation for the hard struggle and the significant achievement shown by Indonesian athletes at the 2020 Tokyo Olympics.

Indonesia first participated in the Olympics in Helsinki, Finland in 1952. Counting since 1952, Indonesia has participated 18 times, however, Indonesia only won our first medal when the Indonesian archery team won silver at the 1988 Seoul Olympics through Kusuma Wardhani, Lilies Handayani and Nurfitriyana. Indonesia’s first gold achievement was only captured when badminton was first held at the 1992 Barcelona Olympics through the heroic actions of Susy Susanti and Alan Budikusuma who would later be called the Olympic Bride. The Indonesian badminton team has won gold medals every Olympics to date, except for 2012 London. 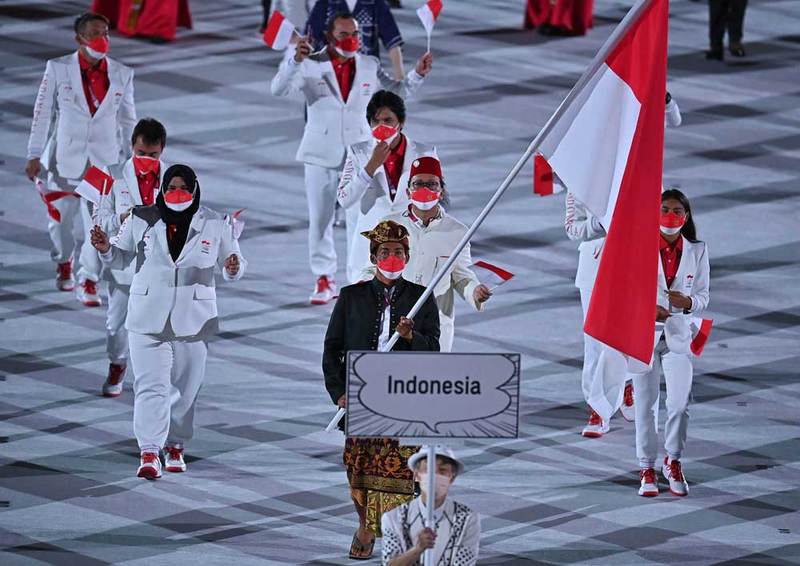 Several decades ago, Indonesian sports were experiencing a golden age. For example, the sport of football: at that time, all elements of society flocked to watch and support the red and white team competing against other countries. Even the supporters are willing to jostle just to queue at the counter to get in to support their team. They also proudly used the attributes of national pride: red and white flags, either flown or in various other forms, such as headbands, bandanas, hats and tee-shirts.

These achievements made by Indonesia several years ago seem to be in contrast to today where we have seen a decline in Indonesia’s sports, both at the regional and international levels. Since the SEA Games Myanmar (2013), Indonesia’s sports achievements have experienced a downward trend, exemplified by the poor showings at the SEA Games Singapore (2015) and SEA Games Malaysia (2017) where Indonesia only occupied the 5th position. The last SEA Games Philippines (2019), Indonesia rose in rank but only to 4th position. Even in the last three decades, Indonesia has only recorded two overall winners, namely the 1997 & 2011 SEA Games, when Jakarta was appointed as the host.

Indonesia’s sporting achievements at the Asian level since 2010 Guangzhou and 2014 Incheon have also decreased when compared to the achievements of neighboring countries in Southeast Asia. Thankfully, Indonesia’s sports achievements showed a rapid increase (again) when Jakarta and Palembang were appointed to host the 2018 Asian Games. The increase was mostly due to the appearance of pencak silat which bought up almost all the medals in the event.

In addition, the performance of the badminton team has experienced a sharp decline as well. Since 2002, Indonesia has never won the Thomas Cup. Of course, this situation has decreased sharply compared to the 1960-1990, where Indonesia was perpetually the Thomas Cup champion, and even had time to marry both the Thomas and Uber trophies. Even our badminton team, which has regularly won Olympic gold since 1992, came to a full stop when Indonesia failed to raise the Red and White flag at the 2012 London Olympics.

But more worryingly the decline in achievement is almost comprehensive across various sports. Expert opinions have also emerged regarding the decline in our sporting achievements. Starting from the absence of national-scale athlete development, lack of quality sports facilities and infrastructure, at national and regional level, the low quality of the homeland competition system, to the lack of comprehensive, correctly channeled, funding for sports. 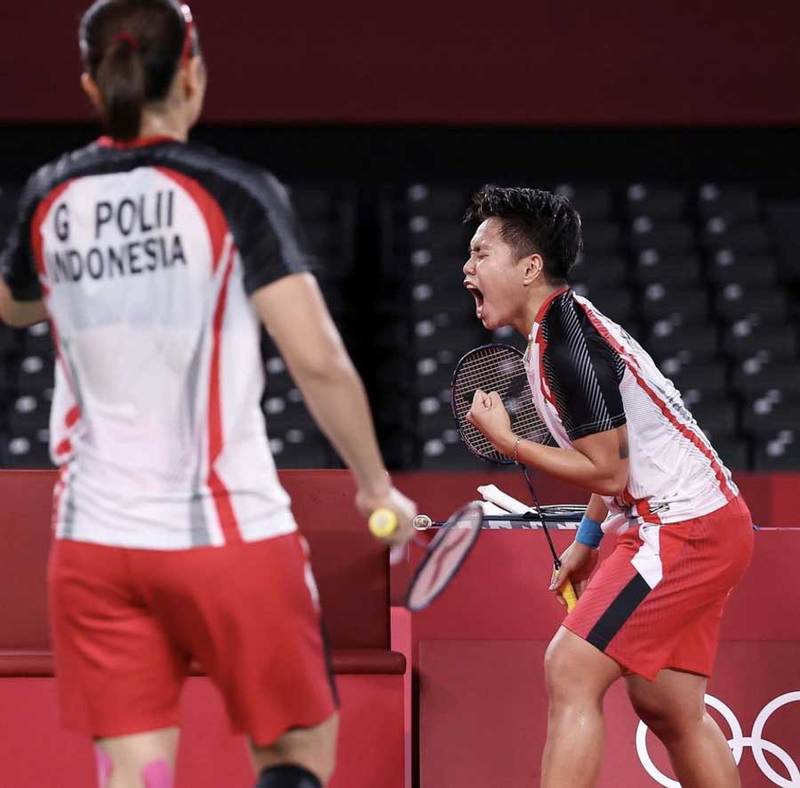 So, what is the connection between Indonesia’s achievements and the life of the nation and state? Of course there is! This can be seen from the current lack of enthusiasm of the public in watching sports matches when the Indonesian national team competes. We tend to focus on the defeats our sport has suffered which leads to a self-fulfilling prophecy as the teams under-perform again. If it is related to the current situation of Indonesia’s sports achievements, it can be said that pessimistic expectations of victory lead to the reality of losing mentally even before competing, which if it continues, the future of Indonesian sports will be increasingly bleak. Therefore, improvement in performance leading to better achievements is needed to improve the mental conditioning needed to be a champion..

Good news from the Indonesian paralympics athletes who succeeded in collecting nine medals at the 2020 Tokyo Paralympics. These consisted of two gold, three silver and four bronze. This is Indonesia's most gold achievement during the event and also makes Indonesia 43 in the final standings of the paralympics. Not to be forgotten, Indonesia is very active in participating in the Special Olympic World Games. The achievements made by athletes with special needs in Indonesia are still less appreciated than the excitement of the athletes’ participation in the events mentioned above.

After the 2020 Tokyo Olympic and Paralympics Games, the opportunities for Indonesian sportsmen and women to perform to their very best levels will continue with the 2021 National Sports Week (PON) in Papua from 2 to 15 October. In the XX PON which will take place at the Lukas Enembe Sentani Stadium, Jayapura Regency, 6,484 athletes from 34 provinces will compete in 37 sports. The biggest national sporting event is not only limited to competing for sports achievements, but the agenda will be a place to promote regional tourism and indigenous Papuan culture, that is also believed that it will raise the dignity of indigenous Papuans because in the 58 years since Papua joined the NKRI, this is the first time that PON has been held there

We wish all the athletes the very best at PON: raise your spirits and our pride with your performances! And we congratulate those who not only won in Tokyo, but just competed, being an Olympian is something of great pride for you and us all.

#ministry of youth and sports #Sports