Wynne Prakusya Looks Back On Her Career as Tennis Player

When Wynne Prakusya was 14 years old, she competed in her first professional tennis tournament. Having grown up in a tennis-loving family, Wynne decided to turn pro in 1998. Throughout her career, which lasted until 2007, Wynne has won 2 WTA (Women’s Tennis Association) doubles titles, 9 ITF (International Tennis Federation) singles and 17 ITF doubles titles. Wynne’s highest accomplishments as a junior include reaching the 1998 Australian Open junior finals and the 1998 Wimbledon and US Open junior quarterfinals. 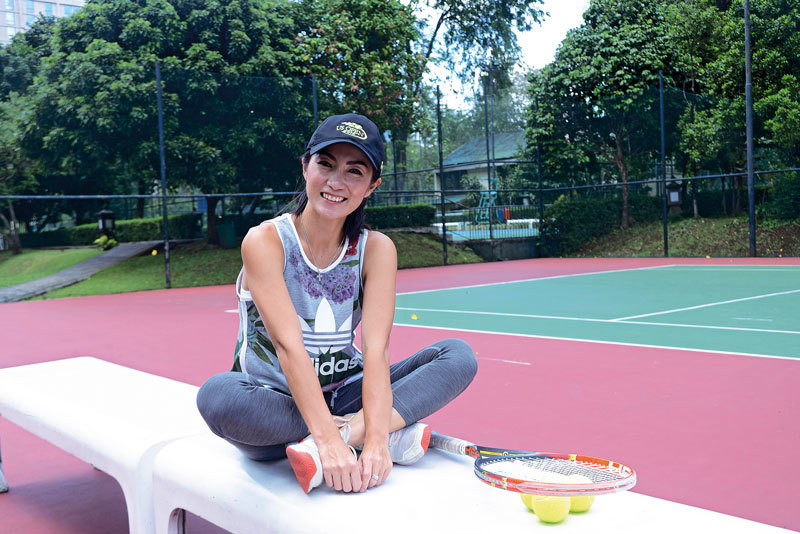 Wynne was part of the Indonesia Fed Cup team every year between 1996 and 2005, winning 11 of her 12 Fed Cup matches. She retired from the professional tennis circuit in 2007 due to an injury and has been actively promoting tennis in Indonesia since. Besides teaching tennis, Wynne is the co-founder of sports management company Sportama.

She spoke with NOW! Jakarta about her memories of her career as a tennis player, her plans with Sportama, and why she is confident that Indonesia has the means to produce a future Wimbledon winner.

Tell us about your background. How did you become involved in tennis?
My parents love to play tennis, and my dad used to idolize Steffi Graff and Monica Seles. When I was young, he made me watch all the big tournaments like the Australian Open, Wimbledon, Roland Garros, and the US Open. In fact, we have a tennis court in our backyard. My dad built that tennis court so that one day his dream could come true - to see his daughter on TV, playing one of those tournaments he always watched. That is how I got to know the game of tennis. And since then, it was also my dream to become one of those players at the Grand Slam Tournaments.

You went on to play at a very high level in WTA and ITF. What was the experience like?
Well, if I remember it now, it has been really great. It was an experience that I will never regret or forget. But when I was actually in that position at the time, it wasn’t always what it looked like. People always say that being a tennis player is such a nice profession, to be able to meet all the famous people and travel around the world. But what these people didn’t see was that there was a lot of sacrifice involved as well, a lot of loneliness and a lot of pressure.

Why did you retire from competitive tennis?
I was forced to retire due to my back injury that I had been struggling with for the last five years of my career. I had to choose between my life or my career, the doctor that was treating me only gave me two options - have more operations or retire. But he couldn’t guarantee that I was able to play full time again after the operations. At the end, I decided to retire when I was 25. It wasn’t an easy decision, but I had to do it. 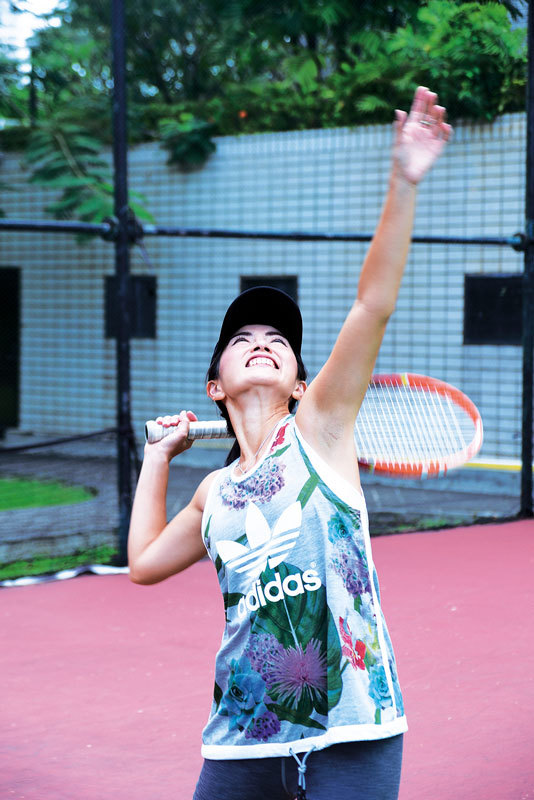 Tell us about Sportama. What are its objectives? How do you plan to develop it?
Sportama, a sports management company, was founded in 2008 by former athletes and people who are passionate about Indonesian Sports Development. The primary mission of Sportama is to improve the quality of sports in Indonesia, with a current focus on tennis.

Furthermore, Sportama Tennis Institute, a division of Sportama, is another channel to promote and educate people of all ages about tennis. The combined experiences of the owners enable Sportama to professionally develop programmes to rejuvenate Indonesian tennis and to be the key element of success for sports development through character-building, self-discipline and pride for each of our athletes, so they may reach their life goals through sports.

How I will develop it is through seeking potential players through our tournaments, train them and make them achieve their dream. To become one famous player and to bring Indonesia’s name to the global stage.

Of course, getting there is not easy, as it needs lots of sacrifice from all aspects (players, coach, sponsors, parents, etc).

Is there a future Wimbledon winner in Indonesia? How do we get him or her started?
There is someone for sure, we just don’t know it yet. I believe there is someone that can become a winner in Wimbledon. First, we need to seek potential players and make sure that they receive proper training and of course good sponsorship. Without sponsorship, it will be hard to make this happen, because tennis is not a cheap sport as there is a lot of traveling involved. If we can find sponsorship and combine it with a good programme, we can try our best to make a new Indonesian champion in the future.