The realm of contemporary arts |

ruangrupa has been appointed to curate one of the world’s most prestigious art exhibitions in 2022 in the city of Kassel, Germany.

Documenta has written art history, both in Germany and in all corner of the world. Since its establishment in 1955 in the city of Kassel Germany, documenta has been famously known as the world’s most renowned and debated international exhibition of the contemporary art. It all began with painter and art professor Arnold Bode coming up with the idea to present art that had been forbidden by the Nazis in an international exhibition. The intention was to show that modern art had a place in the process of reconstructing German society after World War II.

The exhibition takes place for 100 days every five years and attracts more than 800,000 visitors from around the globe. Each half a decade, documenta presents new innovative concepts to a global audience. Now in existence for nearly 70 years, documenta has established its position as the most dynamic, constantly changing institution that has a pivotal role in shaping the global discourse of contemporary art.

An international Finding Committee announced in Kassel that an Indonesian artist collective will curate the documenta in 2022. For the first time in history, the Goethe-Institut Jakarta in collaboration with an Indonesian art collective called ruangrupa has been chosen as the Artistic Director ahead of the 15th edition of the documenta. Ruangrupa made history by becoming the first ever Asian group – and first ever art collective – selected to curate the prestigious documenta art exhibition in Kassel, Germany. 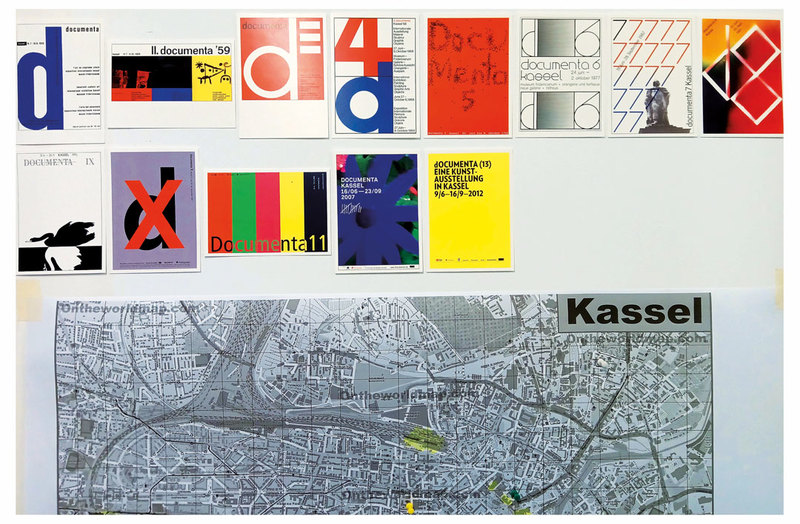 Each edition of documenta has developed its character from ideas and concepts of its Artistic Director, and thus it has become the models that enable people to have a different view of the world. The dynamics of the discourse presented in the exhibition challenges society’s expectations about art.

Two of the eight-member Finding Committee, Elvira Dyangani Ose (director of the Showroom, London) and Philippe Pirotte (director of the Staatliche Hochschule für Bildende Künste – Städelschule, and Director of Portikus, Frankfurt am Main) declared the main reason for the selection. “We have appointed ruangrupa because they have demonstrated the ability to appeal to various communities, including groups that go beyond pure art audiences, and to promote local commitment and participation. Their curatorial approach is based on an international network of local community-based art organizations. We are eager to see how ruangrupa will develop a concrete project for and from Kassel. At a time when innovative strength particularly stems from independent organizations active on the community level, it seems only logical to offer this collective approach a platform with documenta.”

Ruangrupa has curated many international art fair and exhibition projects including the Gwangju Biennale (2002 and 2018), the Istanbul Biennale (2005), the Asia Pacific Triennial of Contemporary Art (Brisbane, 2012), the Singapore Biennale (2011), the São Paulo Biennale (2014), the Aichi Triennale (Nagoya, 2016) and Cosmopolis at Centre Pompidou (Paris, 2017). The group has also involved in TRANSaction: Sonsbeek 2016 in Arnhem, the Netherlands. In 2018, they created GUDSKUL, an educational and networking project for creative based on cooperative work.

As documenta has become one of the most prestigious art exhibitions in the world, it seems that documenta has grown too big to really succeed. Fierce critics on art perceptions and budget issues have been expanded. The last edition in 2017, which was directed by Adam Szymczyk, was seen by over a million people, according to a New York Times report (22 February 2019).

Being split across two locations (Kassel and Athens) for the first time, the documenta exhibition came out with the theme ‘Learning from Athens’, addressing concerns through an educational dialogue about various issues like injustice, racism, economic inequality and nationalism which then attracted wide-ranging criticism and received a mixed reception from art critics as well.

Ahead of the 15th edition, the Finding Committee for documenta 15 and the Co-curator of documenta 11, Prof. Ute Meta Bauer participates in the process of developing the exhibition concepts with some thoughts about the possibilities and potential of documenta.

Could you tell us about the selection process of Artistic Director of Documenta 15?

What was very important for us was to filter what issue that’s really crucial at this moment in time; what causes global crisis, how do intellectuals and artists react to what’s going on in the world? The artists are excellent, and the market becomes so big and overshadowed artistic production. Why did you become an artist to begin with? It’s usually to voice what we feel needs to be said. I think this is what has become more important, and we need more of that in our time. We also have bigger speakers than the world, so I strongly believe it’s critical to hear from the other part of the world, and the rest will follow and tell us.

Any other issues that you found devastating besides racism, socio-economy inequality and nationalism?

It’s up for ruangrupa to think what they feel is important to address. If you ask me, however, climate change is really a big issue today, how Europe or Western world contributes a lot to climate change and how artists and intellectuals react to that problem. Climate change is threatening the Asia-Pacific region and will impact many security issues. It’s crucial to highlight that we artists also do care about this planet and the others. Documenta exists to help bring these different voices together from different parts of the world, see how it’s shared and what we can do about it. We are hoping that ruangrupa will activate their network; like for instance, look from the art perspectives to handle this environmental issues and share it with us in Europe.

Many artists and curators are looking for ways to establish recognition. What does it actually mean to you?

Recognition means symbolic capital, and symbolic capital means financial capital. Of course, recognition is not only important for us to help establish our identity and mission, but it is also important to highlight that there are so many artists, curators, writers who cannot be featured here at Documenta, yet to be exemplarily we always want to say, “Look, it’s important to be in a collective group, and thus it’s also important to think about the community, the children, the society and the future.” Recognition is also meant for the groups in all parts of the world who do engage in their community both through the arts and through access to artistic education. Moreover, we also want to show that the artistic methodology to understand knowledge might be equally important to academic knowledge. In many levels, we think that we need more entitlement for voices that are often left out.

Speaking of financial issue, Documenta 15 is over-budget according to New York Times (22 February 2019). How would you respond to that?

This year’s budget is increasing. I personally don’t think it’s over budget, but I think that you cannot do projects on that scale anymore, as everything became so expensive. Criticism often heard are, ‘Why do they spend so much on arts? Why not in kindergarten, in school or in social welfare?’ This is often the case, but I think compared to the cost on the wars, I mean, seriously you can make several documentas out of it. I believe that everything is relative. It could be over spending, but it’s not an abuse of money. I really think that documenta has evaluated every aspect carefully, and that’s why we increased the budget. We’ve realized that the budget is no longer sufficient, but it’s still cheaper than anything in military. It’s definitely cheaper than a war.

Do you feel differently about the world after being engaged in a massive project like this?

It really shows me that the world is so big. What I learn is that there’s a lot to share. You have to understand that people in other parts of the world have the same struggle with us, and I think this perspective needs to be well-understood as we live under the same sun. As we also live in the same planet, I think it’s important to note that if we over-use the energy, somebody else suffers. We have to understand the food we have every day on the table might be meaning that somebody else has no food on the table. A project like this helps me to have a better understanding about global issues. I feel so privileged because not so many people can experience this at a global scope. Besides, politicians also have the opportunity, for they are more globally connected to really make use of this privilege of knowledge and work in their localities in a more responsible way.

This article is based on a seminar: Conversation about documenta, which took place at Goethe-Institut Jakarta on 8 July 2019.

At the Studio with Eko Nugroho

Rina Ciputra: For the Love of Art