Jakarta is home to a range of arts and cultural events. The city’s cultural spaces host a variety of musical shows, theatre, dance performances, opera, and more.

Some of these spaces are owned by the government while others are independently owned and managed by private parties and foreign cultural centres. Some have a long history spanning from the colonial era while others are new, and offer the latest equipment  with sophisticated audio visual and lighting technology. We have compiled some of the best spaces to enjoy arts and culture in the city.

Taman Ismail Marzuki
Popularly referred to as TIM, it began operations on 10 November 1968 and established by then-Governor, Ali Sadikin. It aims to serve as a gathering spot for artists from various disciplines to express their work. There are three main performance buildings, Graha Bhakti Budaya, Teater Jakarta and Teater Kecil and fine arts exhibition rooms in Galeri Cipta 1 and 2 and Teater Luwes near the Jakarta Arts Institute.

Gedung Kesenian Jakarta
The neo-renaissance style building was constructed in 1814, initiated by the Governor-General of Batavia at that time, Herman Willem Daendels, but the idea was realised by Stamford Raffles who was known for his passion for the study and preservation of local culture.

One of the oldest arts centres in Jakarta, it also served as a venue for the first Indonesian youth congress in 1926 and the inauguration of the Central Indonesian National Committee (KNIP) by President Soekarno. It was also used as a campus and cinema. It returned to serving as a an art building in 1984.

Bentara Budaya Jakarta
The second art space made by Kelompok Kompas Gramedia after Bentara Budaya Yogyakarta, this is a place for art collections and masterpieces from prominent Indonesian artists. It is host to monthly programmes, including painting exhibitions, music concerts, theatre, movie screenings, discussions and also its annual event series, like the competition of graphic arts Trienal Grafis, which has been held since 2003, and Kompas Illustration Short Story Exhibition.

Ciputra Artpreneur Theatre
The Indonesian tycoon and art lover Dr. (HC) Ir. Ciputra has dedicates this extravagant space for world’s class performances and exhibitions for all artists. Opened to the public in 2014, this venue is the newest arts centre. It consists of three parts, Gallery, Museum and Theatre which all equipped with the state-of-the-art technology. The theatre itself can accommodate up to 1,200 guests.

Galeri Indonesia Kaya
This cultural edutainment space presented by Bakti Budaya Djarum Foundation is based on digital technology and offers an alternative to learning Indonesia’s traditional culture in a more modern, fun way. Since opening in 2013, it has attracted urbanites to see various arts and cultural performances and gives them access to know more about arts performances. With a capacity of 150, the auditorium has one of the best stages around.

Salihara
Formed by a number of writers, journalists, and artists, this space is located in the corner of the Salihara Community complex. It is the first private multidisciplinary arts centre in the country and has operated since 2008. The performance room designed by Indonesian architect Adi Purnomo can accommodate around 270.

Every three years, the community holds Three-dimensional Artworks Competition aimed at young artists. Winners—considered to have succeeded in expanding three-dimensional art praxis across disciplines— have the opportunity to participate in overseas residency programmes.

Wayang Orang Bharata
Formerly named Pancamurti, the Community of Wayang Orang Bharata (Bharata Human Puppet) was formed in 1963 by puppet artist Suyono. It has since become a spot for puppet show enthusiasts to gather in celebration of the shows that depict the stories from the Hindu epics the Mahabharata and Ramayana.

Until now, the puppet performances are shown regularly every Saturday night. Increased public interest has frequently seen sell out performances 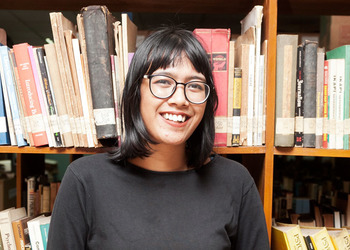 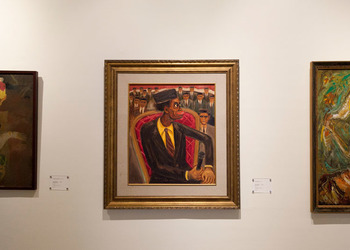 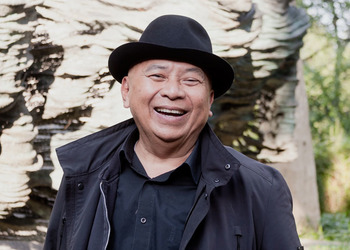