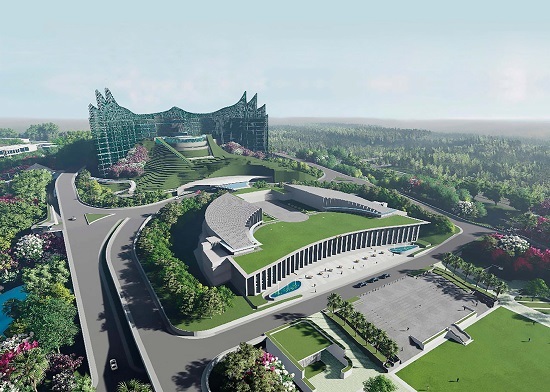 Moving the capital city of the Republic of Indonesia is no longer just an idea which had been proposed since the second term of Joko Widodo’s presidency began in 2019, because in just one day, the government passed the Law on the State Capital (IKN) and allocated Rp12 trillion for the purpose of moving the capital to East Kalimantan. However, according to some sceptics, until now the government still has not fully explained why we need to move it all especially since this enormous project, requires a total fund of Rp 600 trillion (approx. USD 40bn). Publisher Alistair Speirs asks some challenging questions.

“The relocation of the capital city to Kalimantan is based on several considerations, regional advantages, and welfare. With the vision of the birth of a new economic center of gravity in the middle of the archipelago,” said Suharso Monoarfa, the country’s Minister of National Development Planning, according to Indonesia Parliament TV. So in January 2022, the DPR (The People’s Consultative Assembly) approved a budget allocation of Rp 12 trillion which is only a part of the State’s installment of 20% of the financing (a sum of Rp120 trn) announced by the government, of the total of Rp 600 trillion that is estimated needed to be spent on moving the capital city to East Kalimantan. In fact, the DPR accelerated the discussion of the Draft Law on the State Capital, and on January 18, 2022, officially endorsed it. Deal done!

Or is it? Implementing the idea of ​​moving the capital city is not only very expensive, it cannot be done in a hurry, especially in the midst of the uncertain circumstances we are experiencing due to the Covid-19 pandemic which has been going on for the past 2 years and shows little sign of leaving permanently. Sri Mulyani, Indonesia’s Minister of Finance, said in a recent press conference there will be five stages of development in the new capital city. The first stage is expected to begin in 2022, that’s this year, and run through 2024, with development expected to last until 2045. 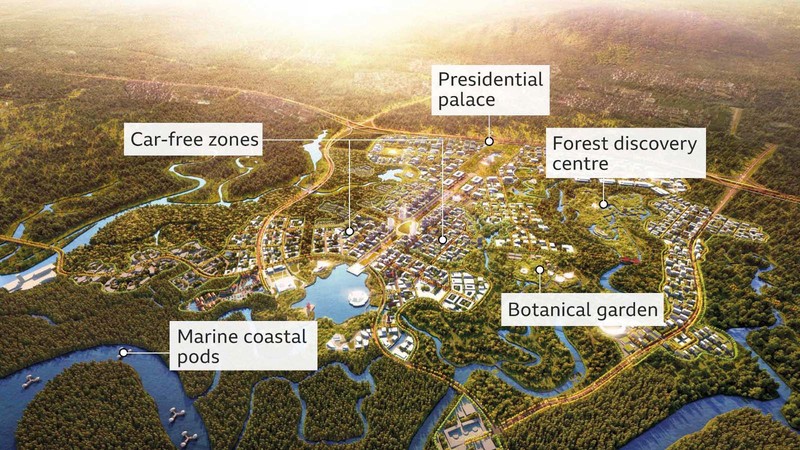 The consequences of this policy will first have to thoroughly discussed and agreed by all levels of government and indeed the commercial world, since it directly affect the local and regional priorities, and includes matters that need to be carefully considered from a national strategic perspective. Including the context of national security and its association with other countries, which are always represented in the national capital. Does the moving of the capital necessitate the moving of the Embassies? I presume it does, but then what about the cultural centres: Erasmus Huis, Goethe Institute, Italian Cultural Centre, British Council etc, which are very much part of the embassies, but relate directly to the citizens?

If the cultural centres go then what about the chambers of commerce which are the national liason bodies for the multinationals operating here: Amcham, Britcham, IABC, Ekonid etc. Will they stay here where the headquarters of the international investors are all located, or move near their embassies and the ministries they lobby and liase with? And logically if the chambers move, then will the main multinationals HQs move as well? Unilever, Danone, Freeport, Samsung, Toyota? Has this all been discussed down to the fine detail? I have not heard so far.

Then there are the other national institutions: the army, the police, the courts of justice, the tax department, many, many important bodies whose head or main offices will go first. But will the National Museum, the National Library, T.I.M all move too? Or will they have to be recreated there to give the new city a cultural life. But it goes much further than that: we need schools, and parks, and sporting facilities. We need cinemas and shopping centres, restaurants and cafes. And of course, new housing. I have seen the conceptual plans so far and of course they are impressive. The new parliament buildings by Nyoman Nuarta are spectacular, but that in itself does not make the city “liveable”. It needs much more than that. 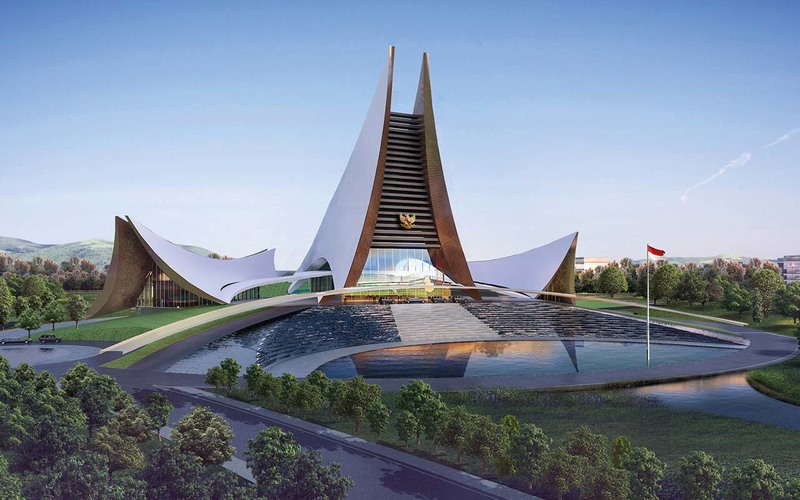 Then there is the whole sustainability issue, with the government declaring it will be a real “green” eco-city, which I greatly appreciate and support, but sadly a 240,000 hectare city built on greenfield land is not as environmentally friendly as the land was before it was built on! It will still be a city of bricks, mortar, steel and concrete, from which rain will flow out but not down, from which heat will emanate, from which carbon will rise. There is no greenwashing that. Planes that never flew there will come in droves, as will cars, ships and the inevitable motorcycles (even though they are theoretically not part of the plan…)

However, the main challenge with the plan to move the capital from Jakarta to East Kalimantan, is more about the disclosure of information and the genuine deep involvement of all the relevant communities in the process. Things that need and should be based on considerations that can be explained and justified scientifically. So that the move becomes a necessity that is understood by all Indonesian people. In other words, it should not be the fruit of wishful or even politically based thinking, or based on narrow interests, which has often been the case in the past. But it must be based on careful consideration through a thorough and integrated study, so that the benefits are believed by all parties to be greater than the disadvantages. What are the “regional advantages, and welfare” that Minister Monoarfa states?

I hope it is not motivated by any desire to impress or perhaps leave a lasting legacy, or that other old political expediency: to divert the attention of the wider community from bigger problems that are actually being faced by the nation?

We hope that adequate independent academic studies that can be accounted for on a number of basic questions that arise behind the idea have been presented, as is the usual process that must be passed before a law is passed. The necessity of an adequate and accountable academic text to the wider community, at least being able to explain and answer the most basic question related to the idea, the first of which is: “What are the irrefutable and undeniable factors requiring the capital city to be moved from Jakarta? 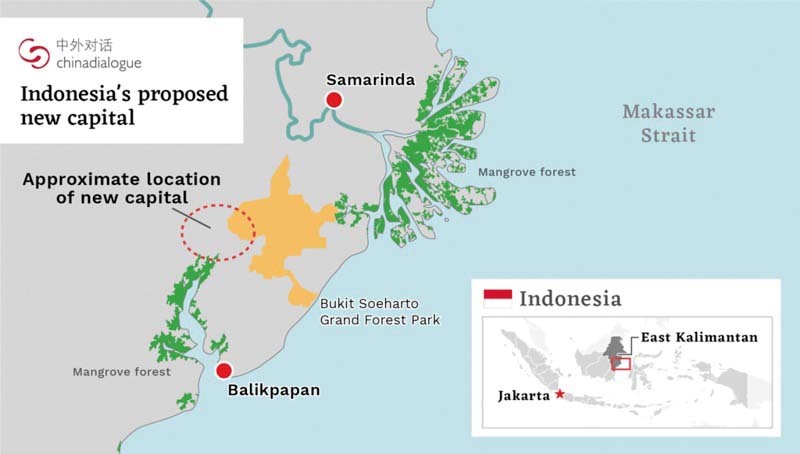 Has this been answered to the satisfaction of all? When President Joko Widodo first announced the capital would be relocated in 2019, he citied concerns over Jakarta’s environmental and economic sustainability. Mostly because Jakarta sits on swampy ground near the sea, making it prone to flooding, and is one of the fastest-sinking cities on Earth, according to the World Economic Forum. The former capital has been dropping into the sea at an alarming rate, which some experts say is due to over-extraction of groundwater. It is also one of the world’s most overpopulated urban regions, being home to more than 10 million people, with an estimated 30 million in the greater Jakarta area, according to the United Nations.

In parallel, the purpose and practice of creating an environmentally friendly city from a greenfield scenario, thereby providing the best, most efficient, and hopefully also beautiful public infrastructure and facilities, should be, no must be, replicable for all the cities around the country. So, the next question is: “To what extent is the pilot that we plan to create in the new capital city of East Kalimantan, able to drive change and equal distribution of quality of life in other Indonesian cities?”

The reason for asking this question is that every rupiah that is spent to finance the construction of the new capital city, either directly or indirectly, will come from taxes collected from all Indonesian people, so should benefit all those who have contributed. It also has the potential to adversely affect financing priorities, which are actually needed in other regions throughout Indonesia. In fact one of our contentions is that the creation of a wonderful, new and totally up to date, unpolluted and efficient city cannot and will not be replicable in other cities, whereas the rejuvenation, the rescue, the revitalization of the existing capital Jakarta could provide an excellent model for the same to happen in Semarang, Surabaya, Bandung, Medan, Makassar etc etc . 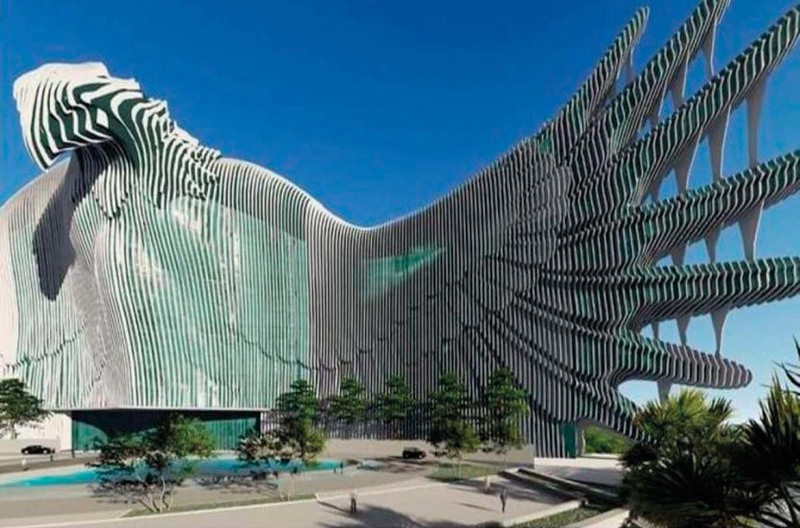 So perhaps we should be asking: “What are the most necessary and urgent things to do, to ensure that the new capital city can perfect the implementation of its functions for the benefit of the entire republic?” Many are saying that we are in Industrial Revolution 4.0, which is characterized by the digitization of connectivity, and on the threshold of the Industrial Revolution 5.0, which is characterized by personalization of life in a new virtual world. Both of which, if correctly developed can lead to the people’s release from life’s physical and intellectual limitations. Given this seemingly inevitable evolution of technology, is a new physical capital needed at all? Or should we be building the new capital in the Metaverse? Where no real estate is needed, no building constructed, no relocation needed, and the expenses kept at just perhaps 1percent of the planned total?

Jakarta is jammed, Jakarta is overcrowded, Jakarta is polluted, and yes, parts of Jakarta are sinking, but Jakarta is like a wonderful old crazy but delightful relative, diagnosed with four diseases simultaneously. Do we abandon them immediately and take up a new friendship with the next generation? “Uncle Joe is dying, let’s get close to cousin Susi”. No, we do everything we can to make sure Uncle Joe survives. We leave no treatment untried, no stone unturned until he is sitting at our table again. That’s what I feel about Jakarta. Let’s not abandon it to its sorrowful demise, but put all our effort – and Rp 600 trillion if necessary – into keeping the Big Durian alive!