NOW! Jakarta visited a number of child-friendly urban spaces around Jakarta and see how they contribute to a healthier neighbourhood and a greener urban plan.

The United Nation recently declared that 55 per cent of the world’s population today lives in megacities like Jakarta, which is the second largest megacity by proportion of population. As urbanisation ramps up, further development on infrastructure, public spaces and technology is expected to keep up to accommodate an ever-growing urban population.

With this in mind, the need to build cities fit for children has become an increasingly important concern for city developers. After decades worth of trial and error, child-friendly urban planning and design is finally emerging to the mainstream in the form of a massive mixed-use project anchored around the concept of a large playground. These child-friendly integrated public spaces are designed with mission to provide activities that promote social-economic benefits as well as environmental and health benefits. Officially inaugurated in 2015 by former Governor Basuki Tjahya Purnama (Ahok) through DKI Jakarta Provincial Government Regulation NO. 196/2015, the project was then named Ruang Publik Terpadu Ramah Anak (RPTRA).

Adopting the town park designs from the city of Copenhagen, Jakarta’s RPTRAs are built to create more eco-friendly public spaces in urban areas, in the hopes of not only improving walking and cycling routes and green spaces, but also to serve as public playgrounds suitable for families with children. The objective of the RPTRA intimately aligns with residential park design or generally known as Taman RT and Taman RW, which qualifies as a small green space filled with at least 70 - 80 per cent vegetation, around 500-5,000 sq. m. in size, and within a minimum radius of 300 metres from a residential locality.

There are 290 RPTRAs in Jakarta that have been established, many of which are continuously maintained with infrastructure development. In the future, the city administration is committed to build 16 new integrated RPTRAs using a pre-allocated city budget of IDR 40.4 billion (USD 2.87 million).

This was a very sound concept. Governor Anies Baswedan, along with the housing department, has agreed to stop the development of RPTRAs and has instead approved a new park concept called Taman Maju Bersama (Move Forward Together Park). With the arrival of this new concept, RPTRAs are no longer the city’s concern, and the city administration is no longer funding more RPTRAs. The core idea of the Taman Maju bersama is to involve citizens in the development process, such as in designing the activities and managing the park.

The Jakarta Forestry Agency revealed a list of parks in Jakarta to be revamped this year, including Tebet Park, Langsat Park, Puring Park, Mataram Park in South Jakarta and Tugu Tani Park in Central Jakarta. Each revamped park will have new facilities and different concepts. Many argue that instead of changing them up, RPTRAs should be maintained to continue delivering their purpose of providing family-oriented open space for social and recreational purposes. Time will tell whether this new park concept will truly benefit the people or other parties. 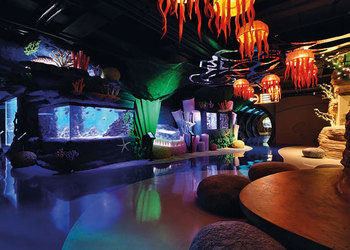 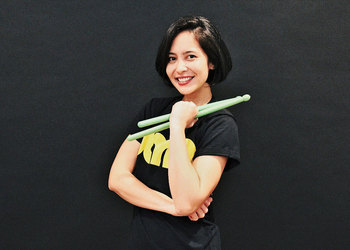