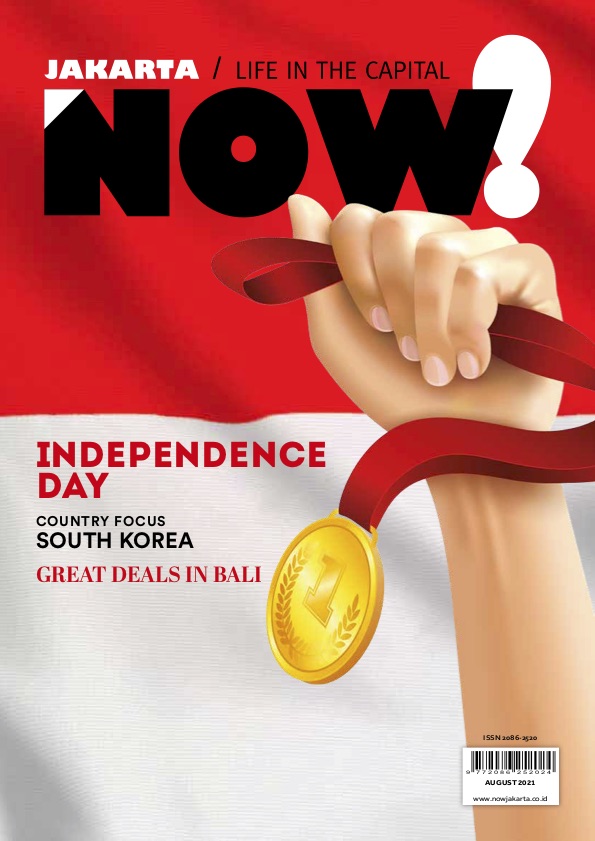 In this August issue of NOW! Jakarta, we share some special Independence Day messages from prominent members of the Jakarta community. Ministers, Ambassadors, Celebrities, Literary legends and more share their wishes on Indonesia’s 76th ‘Birthday’, But how much do you know about Indonesia’s independence? We share a very special story behind the proclamation of Indonesia’s independence, and a trip taken by Soekarno and Mohammad Hatta to Vietnam to ‘pick up’ the promise of independence from Japan. Not a history everyone knows. Also, we share a story on Indonesia’s plans to capitalise the country’s special Spice Islands in a campaign to ‘Spice Up the World’. We also interview the Ambassador of the Republic of Korea to Indonesia, HE Park Tae-Song; share insights into Jakarta’s journey to becoming a smart city; and also ponder ‘is it worth visiting Bali during PPKM?’ All this and more in NOW! Jakarta August 2021.