Harry Darsono, designer extraordinaire and philanthropist at heart, reveals a glimpse into his life and work during a remarkable tour of the Harry Darsono Museum. 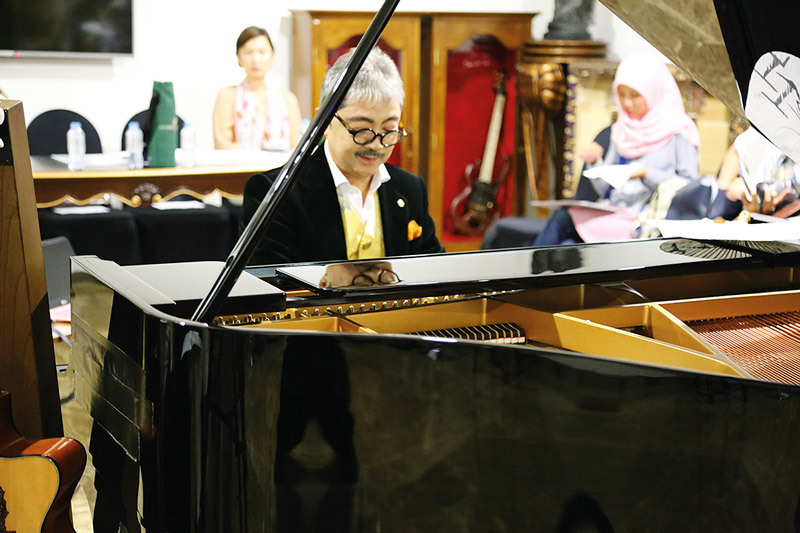 It is easy to spot the Harry Darsono museum in Cilandak, South Jakarta – its grandeur and baroque style makes it stand out from the other buildings in the neighborhood. In fact – and this is one of the first things visitors learn upon entering – the museum is based on a drawing that Harry made as a 9-year-old.

At the time, Harry, who had been diagnosed with Attention Deficit Hyperactivity Disorder (ADHD), was living in Paris, France with his uncle. Previously, he had been expelled from several schools in Surabaya because of misbehaving – the teachers simply didn’t know what to do with this boy who had an impossible energy level. His parents sent him to boarding school in France, and it was here that he first discovered his passion for sewing, when he stumbled across a spinning wheel, needles and threads.

Harry was soon able to transform his hyperactivity into productivity. Since he always had trouble sleeping – until today, he says, he only rests two to four hours every night – he feverishly began to create embroidery and woven fabrics. For more than two decades, he was also mute, which led him to mainly communicate through his drawings. Sometimes, he made dozens, even hundreds of drawings over the course of a single day.

He eventually studied fashion and later on obtained two doctoral degrees, one in Art and Design at École Supérieure des Beaux-Arts, and the other in Philosophy and Psychology in Oxford, England, before becoming a highly sought-after haute couture designer.

It was the maestro himself who led the tour through the museum, which houses countless treasures from ball gowns, accessories and jewelry to furniture, pianos and chinaware, as well as books, brochures and rare documents, spread across three floors. Indeed, his collection is so extensive that he changes the display in the museum regularly, mostly highlighting different decades of his artistic oeuvre. 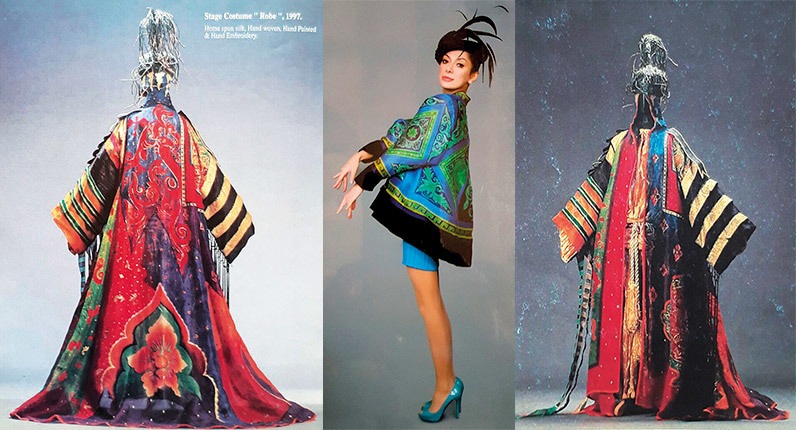 Every piece in this extensive collection comes with an interesting story – every photograph, every piece of fabric, every dress.

Harry is happy to share them all with his guests: he vividly remembers designing dresses and gowns for Queen Rania of Jordan, Queen Sirikit of Thailand and costumes for Shakespeare productions, such as Romeo and Juliet, Hamlet, Othello and Julius Caesar. The costumes were so popular with the cast, production teams that they wore them for decades. The museum also houses truly valuable rarities, like Ernest Hemingway’s writing desk and a letter written by Albert Einstein.

Louis XV’s golden perfume fountain has found a prominent spot on the museum’s first floor: the French King owned dozens of these fountains, Harry explained. It is said that Louis XV was terrified of bathing, and the stench was present throughout his palace. To cover the unpleasant smell, the King placed perfume fountains in the Salons at his court.

Of course, one of the most intriguing tales of Harry’s illustrious life is his friendship with the late Princess Diana, whom he first met in the late 1970s through his British godmother, who was the sister-in-law of novelist Dame Barbara Cartland, Princess Diana’s step-grandmother. After Diana became a member of the British Royal Family, Harry began to make dresses for her, some of which he had to buy back at auctions later on. One of the most stunning pieces in the museum is a sapphire crown he made for Princess Diana – and Harry even lets visitors wear it and make them feel like a true royal, if only for a little while.

Guiding his visitors through the museum, Harry never showed any signs of fatigue. In between telling stories of his life and presenting his works, he entertained his visitors by playing the piano (which, of course, was designed by himself as well) and singing songs – in fact, Harry plays no less than 13 instruments. 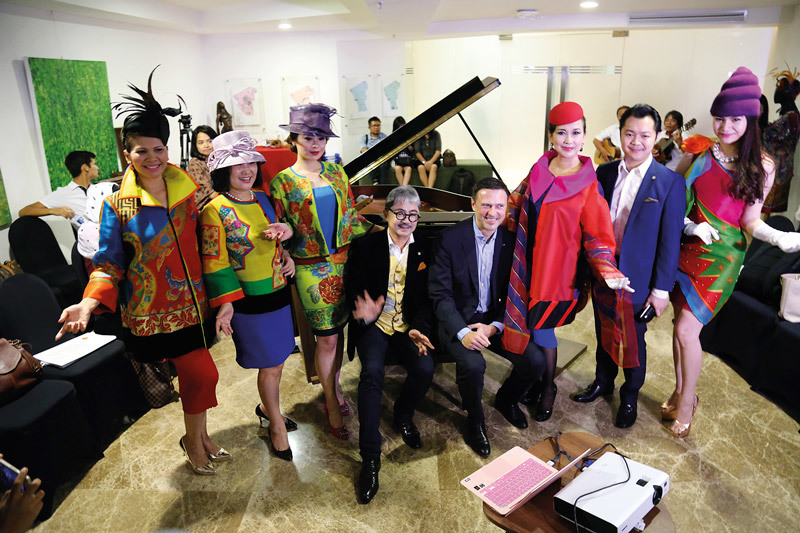 Arriving on the top floor, the 3-hour tour ended with a coffee break and snacks. The tour didn’t cost any money, yet Harry happily handed out some of his drawings in exchange for a donation.

The funds he collects are used for the maintenance of the museum, but mainly for the support of the many children with ADHD and learning difficulties he supports through learning centers. Some of them were sitting upstairs, quietly working on drawings and paintings.

Throughout the tour, Harry repeatedly stressed how lucky he was to have the support of his family, and that children with ADHD often possess rare talents that need to be nurtured – unfortunately, there is still a misconception of individuals with ADHD, and many teachers and educators are not equipped to deal with them properly. Therefore, Harry has made it his mission in life to make sure they will have the opportunity to be productive and successful. And despite receiving accolades in so many different fields, this might be his greatest accomplishment yet.

If you are interested in taking a museum tour, call 021 766 8553 to make an appointment. Please note that visitors are not allowed to take photos during the tour.

Character is Life
is Power
is True Holiness

Without transforming character, packing the brain with information can only result in damaging it. 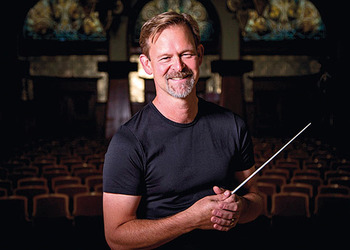 Interview with Robert Nordling, Music Director of The Bandung Philharmonic