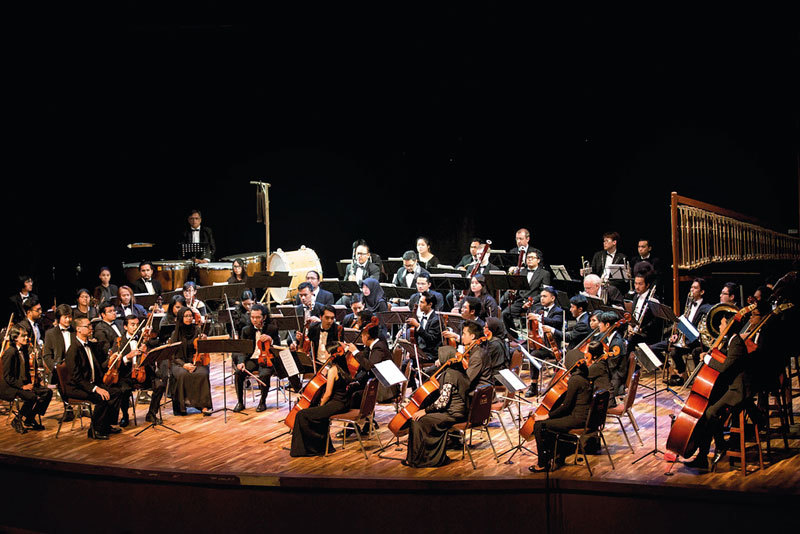 Truly great works transcend the religious and cultural confines of their creator, even transcending the limits of it own form over space and time to ultimately become immortal through infinite renewal. Such can be said about the sequence, Dies Irae. It began life as a poem, previously ascribed to Thomas of Celano (d.c. 1250) although the discovery of a twelfth century version of the poem has put his authorship into question. The text itself has inspired numerous works by various composers from Jean Baptiste Lully to Hector Berlioz, and Giuseppe Verdi. Both being composers of the romantic period, it is truly fascinating to compare the contrasting ways in which Berlioz and Verdi treated the text.

Bandung Philharmonic Orchestra
Being in Latin, most of us today would not recognise the text in any of the independent settings by ear alone. The medieval melody of the Dies Irae, however, almost certainly exists in the subconscious of anyone who has been exposed to enough western culture, even if only via Hollywood. It does not take a well-trained ear to recognise the melody either in the opening of Franz Liszt’s Totentanz or the fifth movement of Berlioz’ Symphonie Fantastique.

The Totentanz itself is an artistic genre dating to the late middle ages revolving around the universality of death. Which of the artworks in this genre inspired Liszt to compose his Totentanz has been a subject of debate. It was long thought to be the woodcut series of Hans Holbein. However, some sources claim Liszt himself cited The Triumph of Death (1336–41), frescoed by Buonamico Buffalmacco inside the Camposanto of Pisa. Put that on your itinerary for your next trip to Italy.

Allora, on your trip to Bandung to hear Aryo Wickasono perform Liszt’s Totentanz with the Bandung Philharmonic Orchestra conducted by Robert Norling, listen to the very youtube-able Gregorian version of Dies Irae. Continue with Lully, Berlioz, Verdi, then Liszt. Rest assured in the fact that you can now impress fellow attendees with knowledge of the concerto that goes beyond merely the notes in the programme book. You’re welcome. The programme also includes Brahms’ Tragic Overture Op.81 and Beethoven’s fifth Symphony. 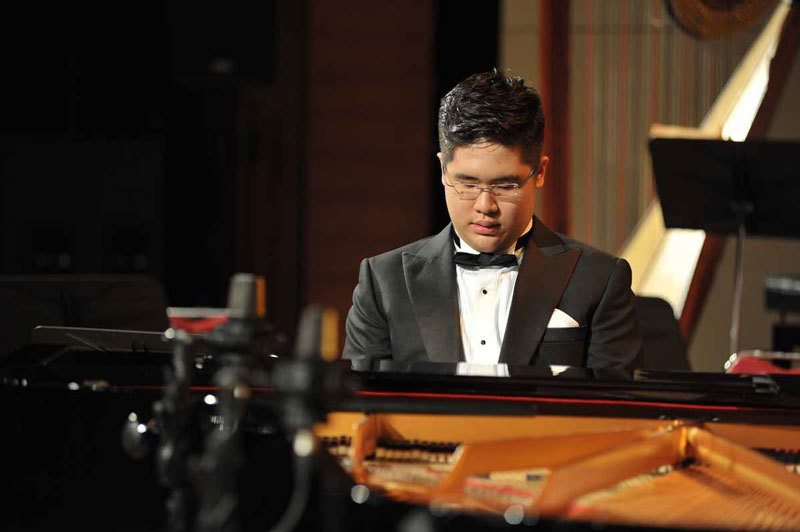 Pyotr Ilyich Tchaikovsky’s first piano concerto is indeed among his most famous works and thanks to scholarly inquiry, perhaps one of the most enigmatic. Three versions exist. There is the autograph of 1875 upon which the first published version and world premiere by Hans von Bulow was based.

Then there are the progressively altered second and third versions, the latter being the one we have become most familiar with. The problem is, while it is known that Tchaikovsky intended to make certain changes despite von Bulow’s objection, it is unclear which of the changes in these versions were sanctioned by the composer and which may be considered, well, editorial vandalism.

The most noticeable difference to the average listener will at the very least be the pianist’s opening chords of the first movement which is perhaps the most recognisable part of the entire work. Arpeggiated or Blocked? Lyrical or hammer-like? Autograph or Modern?

It would be interesting to note Jonathan Kuo’s choice here as the character of this very important moment in the music depends on the soloist’s discretion. There are many prodigies with magic fingers, and in prodigy terms, the late teens is unfortunately already old. Musical maturity however, can be cultivated for a lifetime.

Jonathan Kuo will also be performing Mozart’s piano concerto KV 467 with the always brilliant Jakarta Sinfonietta under the baton of Iswargia Sudarno. The programme opens with selections from Tchaikovsky’s Nutcracker Suite. A very highly recommended concert.

The Story of the Hip-Hop Artist NAYAKA

Shelly Gautama on Playing the Bagpipes in Asia

Stars and Rabbit, an Indie Duo Who Make Whispers Overseas

Dangdut Rises Through the Ranks, Gains Recognition in Global Stage