A Dream of A Green Home: Get to Know Green Building Council Indonesia

As an independent organisation, the Green Building Council (GBC) Indonesia takes civic responsibility in transforming the landscape of architecture in commercial and residential buildings in the country to become more sustainable.

Certified as an established member of World Green Building Council, independent organisation, GBC Indonesia has been involved in transforming the building sector to become greener. Working through the channel of education and research as well as collaborating with industry player, the organisation encourages communities and its stakeholders to lower carbon emission and energy consumption in the commercial and residential buildings by 2030.

Founded in 2009, GBC Indonesia engaged a list of partners, starting from big companies before stepping their commitment to transforming the household. The organisation is a public initiative, driven by 50 core founder, 21 corporate founders and corporate members. The founders consist of big companies in multiple sectors, from property to energy providers, including the likes of Podomoro City, Sinarmas, Intiland, Ciputra, PLN and Pertamina.

The organisation stated the urgency to shift building development in Indonesia with more moral responsibility as the current climate change and disaster had threatened our home, specifically pointed out the private residential building, which is considered as one of the major contributors to carbon footprint. According to the Global Status Report with data collected from the International Building Code (IBC), IPCC, UNEP in 2019, buildings and construction contributes to 40% of total carbon emission and 36% energy consumption.

The latest research by GBC Indonesia found that the development of buildings in Indonesia has reached out to 6% growth, surpassing country’s annual economic growth, due to the rapid growth of urbanisation and the rising number of populations. So far, the attempt to reduce carbon emission is predominantly focused on deforestation aside from the building that has the potential to rising carbon emission in the near future.

Iwan Prijanto, Chairperson of GBC Indonesia said that business and commercial building is rated by Environmental Impact Analysis, known as AMDAL to analyse its environmental impact. On the other hand, there is no government tool to measure the carbon emission and energy consumption from the residential buildings in the household.

“We don’t have control in the house. If we talk about change, we can’t rely on the government-led initiative. In this case, it has to be society-driven because it will be our personal responsibility. We better have the initiative to change or build our home to be more energy-efficient and less carbon emission,” Prijanto expressed.

According to him, the energy consumption of buildings in Indonesia remain lower compared to developed countries, with an approximate outcome of 14 to 15%. Yet, Indonesia can’t wait for the sector to hit the tipping point as the growth of building development will be continuously rising in the following year. “Families and households have to create the market and demand for sustainable-driven construction for our future home,” Prijanto stated.

The organisation has a mission to reduce the energy consumption of buildings to up to 38%, ushers the industry players with the guide through the integrated design concept to achieve zero energy building.

“We work through change management. We had trained more than 20,000 people across Indonesia about Green Building, we also gain the interest of change by working in the education sectors. Lastly, we pursue the commitment to change by assisting industry players and communities with facts, models, tools, and completed with the rating system. If we want a change, the outcome needs to be measured in a serious way,” said Prijanto.

“Besides providing a rating system for building, we also have a rating system for the district area (kawasan). This, particularly, need more effort and it needs a comprehensive initiative in the wider community involving the attempt to rehabilitate and build green infrastructure,” Prijanto said.

“We better plan it if we have the plan to build a new one. The green rehabilitation to the existing building will be more expensive because the true cost of it,” he added.

Currently, GBC Indonesia is partaking in green development such as rehabilitating schools in Jakarta, working with universities such as Universitas Gajah Mada, assisting resort development in Indonesia, and approaching the government to refine the regulation related to the building development in the country. 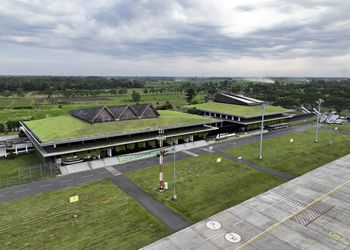 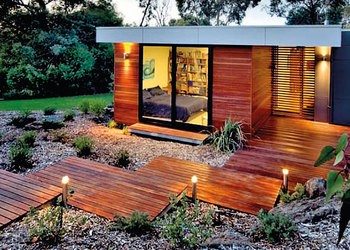