The world is full of love stories that feed our emotions. Whether or not it’s real, fictional, mythological or modern, we long for stories that make us smile, cry or secretly make us feel alive. As these stories will show, times may have changed, but the power of love remains.

The True Love
All Abrahamic religions recognise Adam and Eve as the first man and woman, though the narratives that follow vary one from another. Ancient Judaism account implied simultaneous creation of both Adam and Eve. Both Christians and Muslims believe God created Eve as a helper that corresponds to Adam, taken from his side or rib.

As for who was responsible for eating the forbidden fruit in the heavenly Eden, the Abrahamic faiths have different accounts. According to the Quran, both Adam and Eve ate the fruit and were thus sent down to different places on Earth, before reuniting near Mecca. Some early fathers of the Christian church, however, held Eve responsible for the fall of man, which led to the doctrine of original sin.

Regardless of what traditions say, scholars have taken to conduct extensive research on the subject, with many agreeing that Adam and Eve were fiercely in love, largely based on the belief that the two had had no choice. In his book “The First Love Story: Adam, Eve, and Us” (2017), author Bruce Feiler attempted to explain why the story of Adam and Eve has endured, relating it to its literary power. 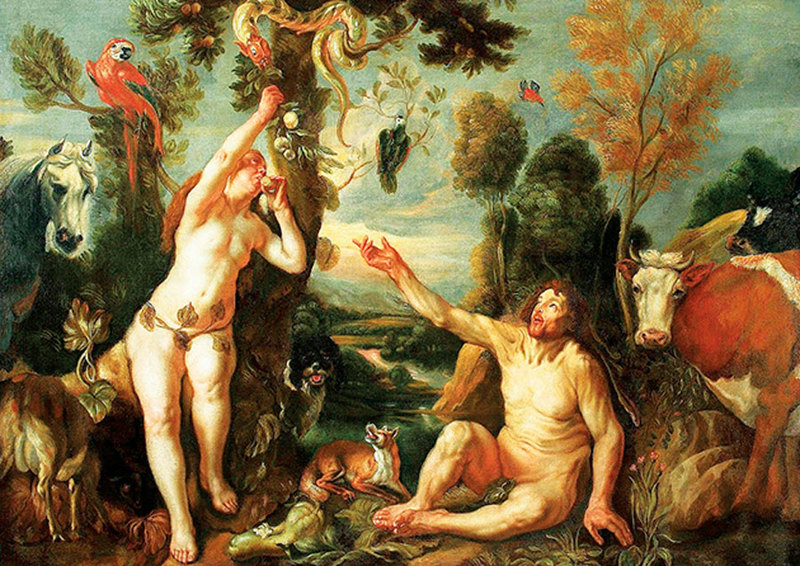 “To me that’s the first lesson of Adam and Eve. We must resacralize that narrow bridge between soul and soul. We must recapture the specialness of what contemporary life has turned into a commodity, the loving relationship between two individuals. We must restore the idea of covenant, with all its heaviness and old-fashionedness. If we do, maybe we’ll treat relationships with a little more humility and awe,” Feiler wrote. 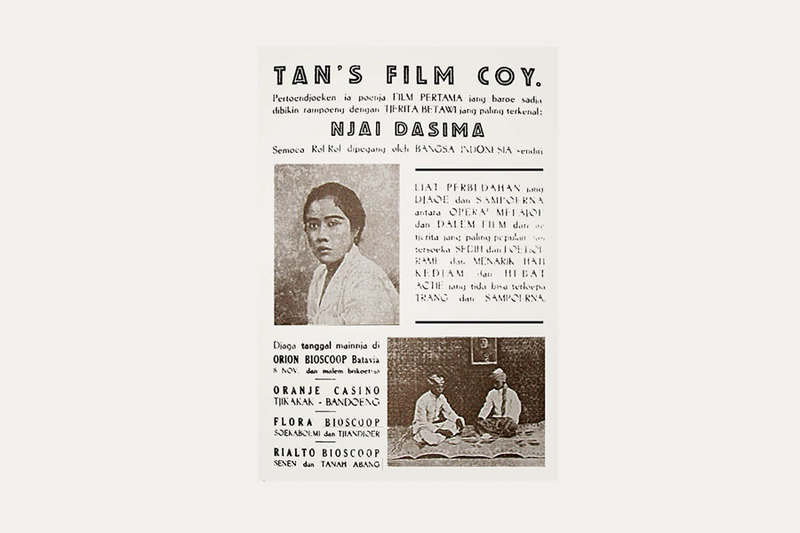 Dasima was a nyai, a concubine, of Edward W., an Englishman who administered Tanah Curcuk in the district of Tangerang. Dasima was pictured as a very beautiful woman with fair skin and long hair. She was also diligent and intelligent. Edward was very fond of Dasima and the daughter she gave him. Gladly he would buy her fancy jewellery and clothing, as well as gave her money. Nyai Dasima’s fame spread throughout nearby Muslim settlements, with many local men vying to get close to her, in order to gain control of her wealth. Only one man succeeded in the end, a horse cart driver by the name of Samiun. Using an old woman to urge Dasima to leave her Westernised way of life, he was able to approach her directly and tell her of how deeply in love he was with her. At the same time, he also employed a witch doctor to produce for him a potion to make Dasima fall in love with him. Dasima fell for the trick and became Samiun’s second wife. Soon, he would take over her riches and hire an outlaw to assassinate her and throw her lifeless body into the Ciliwung River. 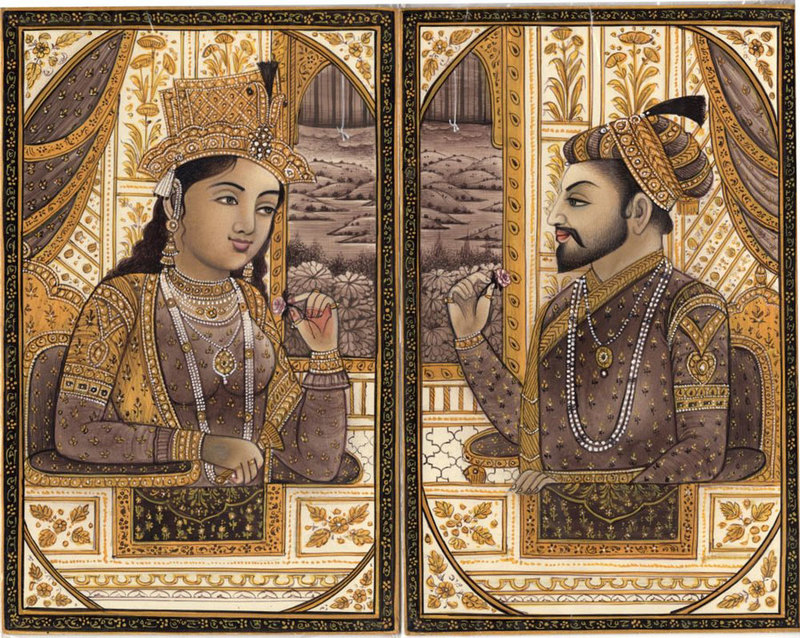 Shah Jahan (Prince Khurram) was born in 1592. He was the son of the fourth Mughal emperor of India and the grandson of Akbar the Great. One day, the prince caught a glimpse of a girl and fell in love at first sight. At that time, he was 14 years old and the girl, a Persian princess called Arjumand Banu Begum, was 15. After meeting her, Shah Jahan went back to his father and declared that he wanted to marry her. In 1628, he became the Emperor and entrusted Arjumand with the royal seal, bestowing her with the title of Mumtaz Mahal, meaning the “Jewel of the Palace”. Three years later, Mumtaz died while giving birth to their 14th child. Shah Jahan vowed on her deathbed that he would never remarry and that he will build the most beautiful monument in memory of his wife later known as the Taj Mahal. Construction work would go on for 22 years and required 22,000 labour workers. Shortly after completing Taj Mahal, Shah got ill and was overthrown by his eldest son. He spent the rest of his life in house arrest and he died in 1666. His body was buried in next to his wife.

The Unattainable Love
Layla and Majnun is a love story between Qais ibn Al-Mulawah and Layla that took place in the seventh century Arabia. In the 12th century, the Iranian poet Nizami Ganjavi wrote a popular poem in praise of this sad love story. 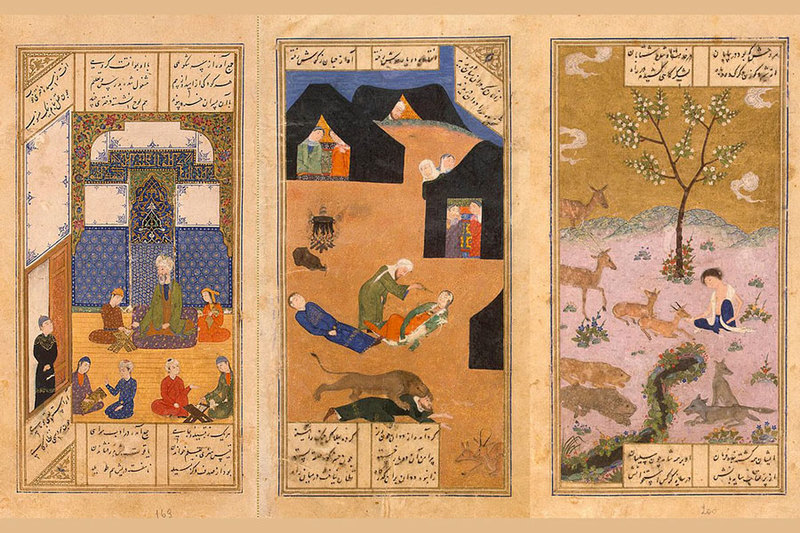 Qais and Layla fell in love with each other when they were young, but their relationship was not allowed by Layla’s father, who accused Qais of being mentally unbalanced. The title may have derived from Qais’ efforts to woo the girl, which prompted locals to call him Majnun (crazy).

When Layla came of age, she was married to another noble and rich merchant. When Majnun found out, he fled the tribal camp and began wandering the surrounding desert. Layla is generally depicted as having moved to a place in Northern Arabia with her husband, where she became ill and eventually died. Majnun was later found dead in the wilderness in 688 AD, and buried side-by-side with Layla. 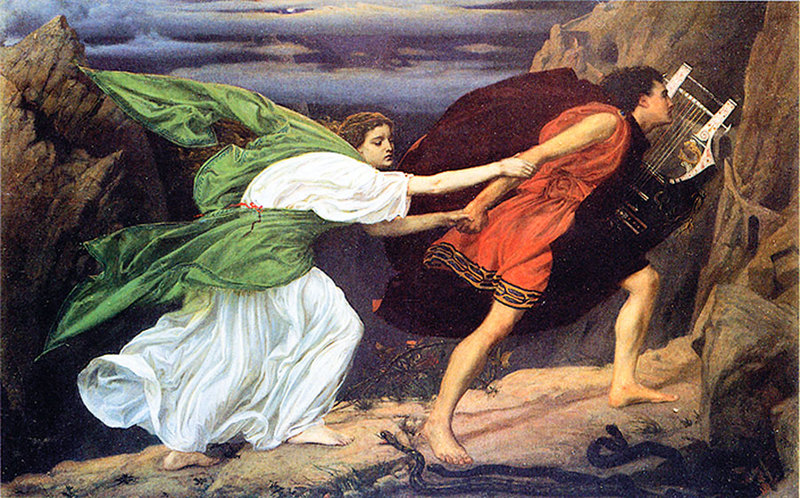 This ancient Greek tale tells about gifted musician Orpheus, the son of Apollo and Calliope (one of the muses) who deeply fell in love with and married Eurydice, a beautiful nymph. They were very much in love and very happy together. Aristaeus, a Greek god of the land and agriculture became quite fond of Eurydice and actively pursued her. While fleeing from Aristaeus, Eurydice ran into a nest of snakes which bit her fatally on her legs and died. The death of Eurydice moved Orpheus to play sad songs and sang so mournfully that all the nymphs and gods wept. He travelled down into the underworld and begged his great uncle Hades and Persephone to allow his wife to come back to earth as herself, and not reborn as someone else. Persephone agreed to allow Eurydice to return with him to earth on one condition: he must walk in front of her and not look back until they both had reached the upper world. In his anxiety, he forgot to keep his word and turned to look at Eurydice. She vanished for the second time and forever.

The Passionate Love
The love story of French philosopher Peter Abelard (1079-1142) and Heloise (1101-1164) has remained as one of the most famous and passionate love stories of all time. 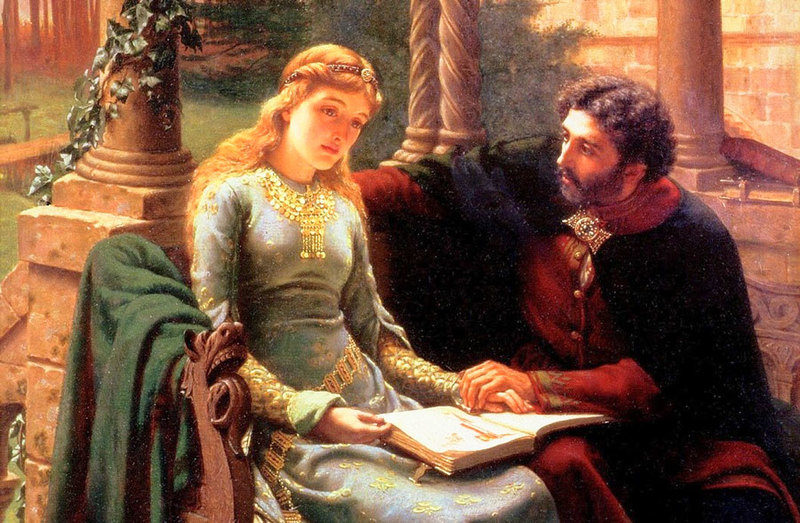 When Abelard went to live at the house of Canon Fulbert of the Cathedral of Notre Dame, he fell in love with Fulbert’s niece, Heloise. Before their long relationship, Heloise found herself pregnant and Abelard wanted to marry her. But Heloise refused, citing that their marriage would impede his work because it would bring disgrace upon him. But Abelard refused to give up and they were secretly married. Heloise gave birth to their son.

Canon Fulbert somehow knew about their marriage and sent some men to break into Abelard’s quarters and castrate him. Abelard entered the Abbey of St. Denis and took his vows as a monk. Heartbroken, and knowing in her heart that she wanted no other man, Heloise left her son with her sister and became a nun.

Abelard and Heloise remained in love. Abelard founded a Benedictine monastery and chapel known as the Oratory of the Paraclete in Ferreux-Quincey, France, and named Heloise as prioress. It was there where he was later buried, in the chapel he founded and loved. Heloise was also buried beside Abelard, in a single tomb. Their poignant love letters endure and are treasured as examples of exquisite French literature. 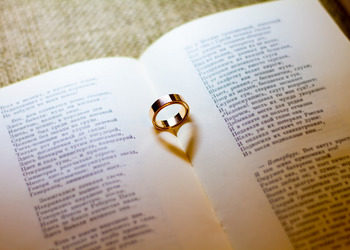 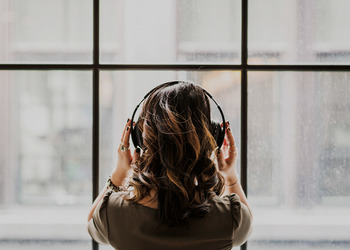 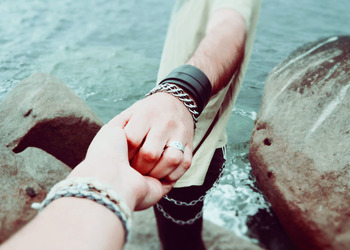 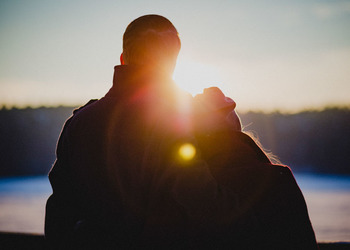 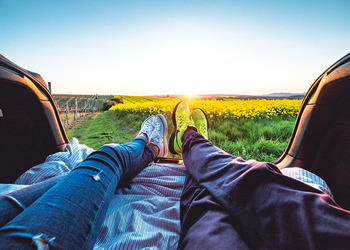