How to Tackle Digital Violence Against Women

Violence against women in any form is still a major issue in many countries, including Indonesia. In the digital era, where the communication and information channels are wide open, a new series of problems, including violence in cyberspace, has emerged.

Indonesia is in the top ten list of the world’s biggest Internet users. According to statistics from ICT Watch, around 132 millions Indonesians are Internet users. On Java island, 65% of the people have Internet access, while 47,5% of this number are women.

This data illustrates that women are particularly vulnerable to digital crime. Moreover, the National Commission on Violence Against Women (Komnas Perempuan) recorded that 80% of the reported crime in 2017 happened online.

“Breaking Digital Violence” was one of the themes tackled at the Indonesia Girls in Tech Festival, which was held on 15 and 16 December in Kuningan City. It was presented by Anindya Nastiti Restuviani, or Vivi, from Hollaback! Jakarta, a movement that aims to end (street) harassment.

“The most common cases we hear about are about women starting a relationship with men they met on social media,” Vivi explained. “It sometimes happens that the man asks the woman to send him suggestive pictures. He later asks her for money and threatens to spread her picture if she refuses, or creates fake social media accounts to vilify the woman.”

Other cases frequently include housewives who use social media but have low digital literacy and therefore don’t understand or can’t differentiate whether they are being deceived or not.

There are numerous forms of digital violence, out of which Hollaback! Jakarta highlighted blackmail, cyber stalking and hate speech. Blackmail itself contains many different forms of violence, such as cyber grooming and sextortion and is the most frequently reported case to Komnas Perempuan.

There are numerous forms of digital violence, out of which Hollaback! Jakarta highlighted blackmail, cyber stalking and hate speech. Blackmail itself, according to Vivi, contains many different forms of violence, such as cyber grooming and sextortion and is the most frequently reported case to Komnas Perempuan.

What can we do if we experience digital violence or see it happening to our close friends or family members?

Vivi said that it is in our own hands to end the harassment and violence. First, we need to directly inform to the perpetrator that what he or she has counts as violence - for instance, when we post something on social media and receive hate comments in response. Using counter speech techniques like questioning the purpose of the comments is also advisable. Refrain from using insults in return, as this means we’d resort to digital violence as well.

Second, we can try to use jokes or funny GIFs, images and icons. This method may seem ineffective, but sometimes it works because the perpetrator will be distracted.

Third, report the incident to the authorities. If you see a hoax or slander spreading on social media, report back to Instagram or Facebook so they can block or take down the account in question. You can also report directly to the police or Komnas Perempuan - they are now open to receive digital violence case reports from the public, especially from women.

Fourth, if you are not directly affected but want to help out a friend or someone from your family, stay focused on accompanying the victim to report. We sometimes tend to forget about the victim because we pay more attention to the perpetrator’s actions.

And lastly, don’t forget to document or take a screen shot as evidence for reporting. The perpetrators often delete their comments because they fear being reported or facing a legal process. 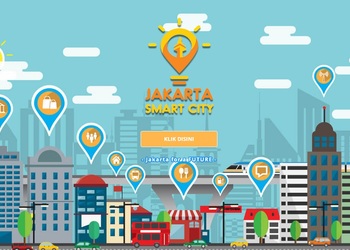