Here Are The Stories of Two Night Creatures in Jakarta

In some jobs, working the night shift is unavoidable. While some people accept it as necessary evil, others see it as inspiration and only start to feel truly alive after sunset.

We spoke to two such night creatures, renowned DJ Mikey Moran and Warra, the head bartender of Lola, a bar lounge in South Jakarta’s Senopati area, about what it means to work from dusk until dawn. 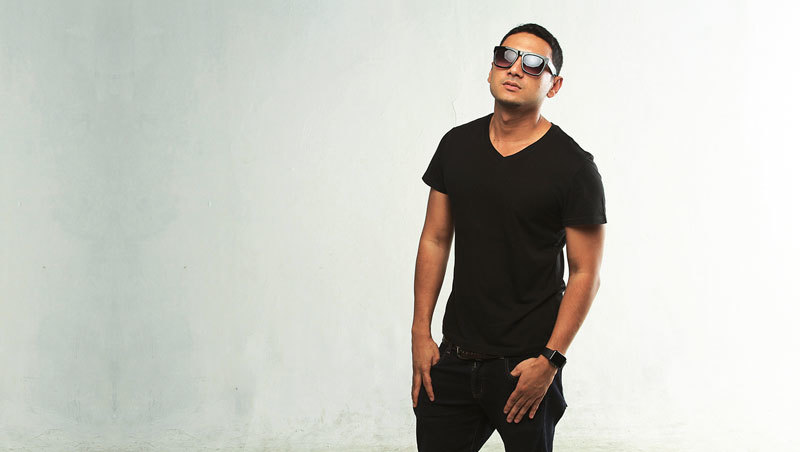 You are one of Indonesia’s leading DJs. When did you first get into music and when did you realize you can actually make a living out of it?
I started getting into music when I was really young. When I was six years old, I started playing the piano. My mom played a major role influencing me with music. Throughout my life I learned how to play the saxophone, drums, guitar and eventually began DJing in 2003. I got into DJing after watching a movie called Groove in 2000 and seeing DJs play in Ibiza in 2002. A friend sold me some used turntables after I graduated from Boston University.

In the beginning, I just wanted to get my name out there. I was playing in clubs like Manna House, Centro, Monaco and Retro almost every day to get recognized and without getting paid much. It was not until 2005 that I started travelling around Indonesia and internationally for DJing and raising my fees. That’s when the hobby became a career.

What would you say are the main skills a DJ must have? What makes a great DJ stand out from the rest?
A DJ used to be just a DJ. Nowadays, with so much competition, a DJ needs to deliver the full package; from the DJing to the networking and promoting. You need skills to showcase as well.

I’ve been playing a lot of deep house recently and for me, a great DJ takes you on a journey, almost like a storyteller. Of course there are the usual skill sets like scratching, playing with effects and so on, but in the end, it is all about the right flow. Music is all about emotions that are derived from the sounds. If you dive into those dancefloor emotions, playing a set that hits the soul through musical education, then it sets you apart from the other DJs.

As a DJ, you are a “creature of the night” - is it hard to have a different lifestyle than most other people since you are working at night?
As a DJ, you definitely cannot escape it. Your main work is during the night and it’s easy to get wrapped up in that timeline. With this work schedule, you’ll definitely be having long nights and not be up early in the morning. But I also believe it’s all about balance and your ability to maintain it. As I got older, I became a lot more selective with my gigs. With this method, you’re not out every night and can maintain a more normal lifestyle when you’re not spinning.

How do you see the clubbing scene in Jakarta?
Jakarta’s clubbing scene has changed a lot. The music has gone from house in the 90s, to R’n’B in the early 2000s, to eclectic music, to EDM, to trap and twerk bringing R’n’B back. It’s safe to say that “commercial” is the music that you hear mostly everywhere, with places like Jenja being an exception. The peeps are getting younger and there isn’t much variety when you’re going from place to place. It’s just a different DJ playing the same music.

You are not only a DJ but also an entrepreneur. Among others, you are one of the co-founders of GO-JEK. How did you find the time for all this? Did you ever think about giving up DJing to go back to a “normal” daily routine?
I believe DJing was a big stepping stone for my networking. I was always promoting GO-JEK on the side whenever I was out. As I became more involved with GO-JEK, I had less and less time for DJing, and I did eventually go back to a more normal daily routine. After leaving GO-JEK in October 2016, I am now returning to my roots and have established a record label and music studio in Bali. This way, I am going to go back to music and stick with my passion. To answer your question then, you will most probably allocate most of your time to whatever your passion is and whatever drives you. This will help build your skills set and your character to grow. For me right now, it’s going back to music. 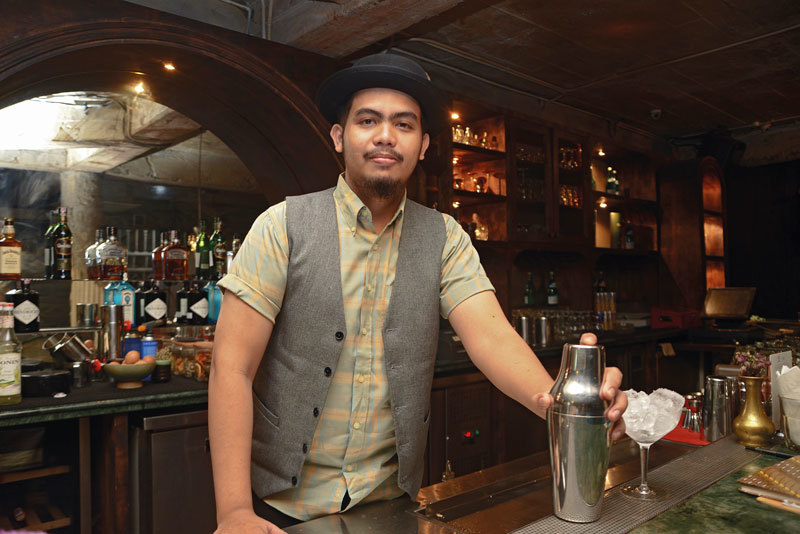 Why did you decide to become a bartender?
I first worked at Union in Plaza Senayan before I moved to Lola where I became head bartender. Being a bartender is a fun job. I get to meet lots of new people every day and can establish a good relationship with my customers.

How does a typical day look life for you?
I start working between 4 and 5 PM in the afternoon and usually come home after 4 AM. I normally don’t sleep more than three or four hours every night. My wife and I also just had a baby, so when I am at home, I help her to take care of the little one. My wife doesn’t mind my working hours too much, she understands that this is my life. When we started dating, I was already a bartender, therefore she is already used to my daily routine as well. Even though it can be exhausting sometimes, I really enjoy being a bartender.

What is it that you enjoy the most?
Making a lot of friends and attracting new customers - some of them even tell me all their secrets [laughs]. A bartender does more than just mixing drinks - it is much more than serving cocktails and product knowledge. The main skill of a bartender is to be able to communicate well. Another thing I enjoy is working with my team.

I also love observing the crowd. The people who come to Lola are quite diverse, from regular employees who want to have a drink after work to a much younger crowd on the weekends. Some of them are just here to spend time with their friends, others really want to party and let loose on the dancefloor.

Do you have a signature cocktail?
One of the cocktails I created for Lola is “Herbs Blanca”, which consists of rum, floral liquor, two different kinds of syrup - ginger and lemongrass - and lemon juice, with a spray of absinthe on top, garnished with rosemary buds.