Kampung Tugu: The Identity of Keroncong

Piles of containers on every side and the roar of trailer engines that dominate the sight of Kampung Tugu today may obscure the legacy of a music genre originating from this old part of Jakarta, but never will it dim the hope of those fighting hard to keep the music playing. 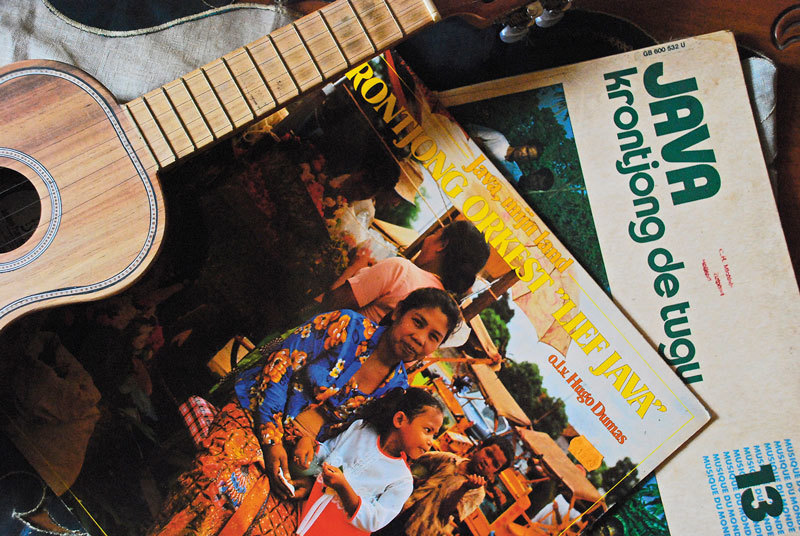 On the north coast of Jakarta, to the east of Tanjung Priok Port, there lies Kampung Tugu, a historic neighbourhood that’s home to Indonesian keroncong music.

Kampung Tugu, literally translated as Tugu Village, is the oldest region in Jakarta formed by Mardijker people – descendants of Portuguese freedmen hailing from India, Africa and Malay Peninsula – who were brought to then-Batavia by the Dutch in 1661. As many as 23 Mardijker families, or about 150 people, were offered land to build their own settlement.

Keroncong is part of their history and pride. 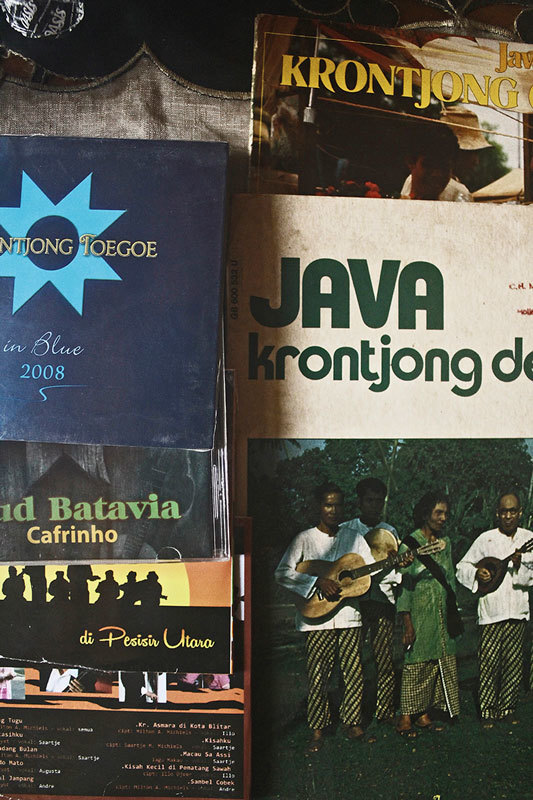 “Keroncong is original Indonesian music that was born here in Kampung Tugu. It was played by our ancestors during their time and it has since been proven academically,” said Andre Juan Michiels, Chairman of Krontjong Toegoe, one of the few keroncong music groups that have survived until today.

It was Andre’s great grandfather Augustin Michiels who was deemed the most successful of the Mardijkers, having become a commander of the indigenous militia. The third of seven children of the tenth generation of the Michiels family, Andre has now risen to be a patriarch in the community.

Aside from Michiels, some other family names were also prominent in Kampung Tugu, such as Quiko, Andries and Abrahams. A glance at the cemetery near Tugu Church will prove so. According to Andre, there now remain six Portuguese family names in Kampung Tugu: Michiels, Andreas, Abraham, Quiko, Cornelis and Browne. 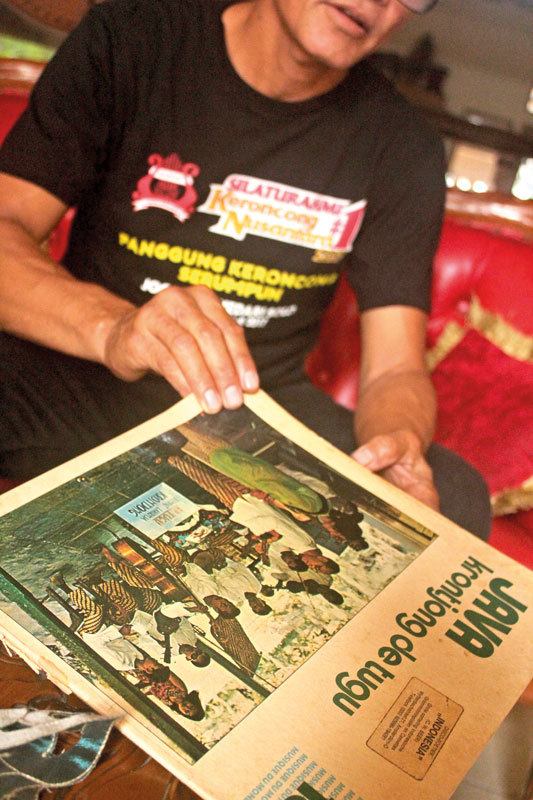 When Andre’s ancestors first settled in Kampung Tugu, they brought with them musical instruments from their places of origin – guitar, violin and cavaquinho (a small string instrument with four strings, also known as a forerunner of the ukulele). They used to play the instruments during celebrations and at harvest time, creating the sound “chrong…chrong…chrong”, thus leading to the name “keroncong”.

“The Dutch were aware of the music being developed within the communities in Kampung Tugu and would send for the musicians to entertain them at parties,” said Andre. Within no time, keroncong music would gain popularity in other regions of the archipelago.

In 1918, Lief Java, the first keroncong group in the colonial era was established. 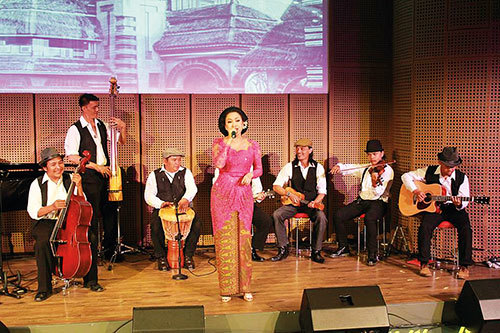 Over time, keroncong music instruments would go through modifications. The cavaquinho, for example, would be modified into prounga, a three nylon-stringed instrument with low pitch, and macina, a four steel-stringed instrument with high pitch, as well as jitera for bass sound. Aside from violin as the main instrument of keroncong, the ensemble also grew to include cello, mandolin, melody guitar and rhythm guitar. Rebana, a Malay tambourine, was also used to help the cello interlock with the off-beat “cak” sound of the macina and the “cuk” sound of the prounga.

In the 1970s, only one keroncong music group was left, known as Poesaka Krontjong Moresco Toegoe, led by Samuel Quiko. It was a tough time for the music genre, having to keep up with the more popular music genres such as pop and rock. The youth at that time, even those within the Kampung Tugu community, were simply not interested in pursuing keroncong anymore.

Andre’s father, Arend Julinse Michiels, was one of the members of Poesaka Krontjong Moresco Toegoe. A fervent believer in the music, he would go on to establish a youth keroncong group in Kampung Tugu known as Krontjong Toegoe in 1988. Back in 1976, it was also Arend who had the initiative to form Ikatan Keluarga Besar Kampung Tugu, a community-based organisation to nurture communication among families of Mardijker descendants. When Arend passed away in 1993, the baton was passed to Andre. 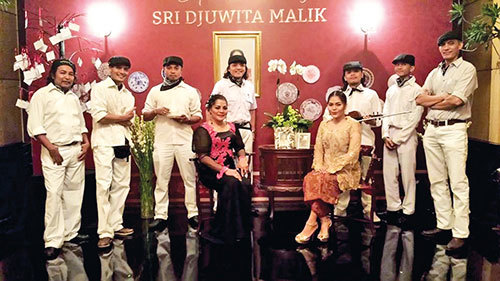 That said, he has faith in the future of keroncong. Much as it is the will of his late father, Andre also took to heart the message of Gesang, the late maestro of Indonesian keroncong, to never let the music genre die. 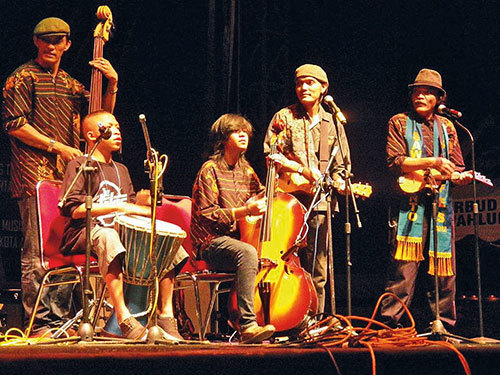 Since 2008, Andre has been grooming the youth to be more actively involved in keroncong, though he admits it hasn’t been an easy feat. At the very least, his son Arend Stevanus Michiels has expressed interest in the music. He’s also been pleased with the emergence of new groups, such as Sinten Remen in Yogyakarta. 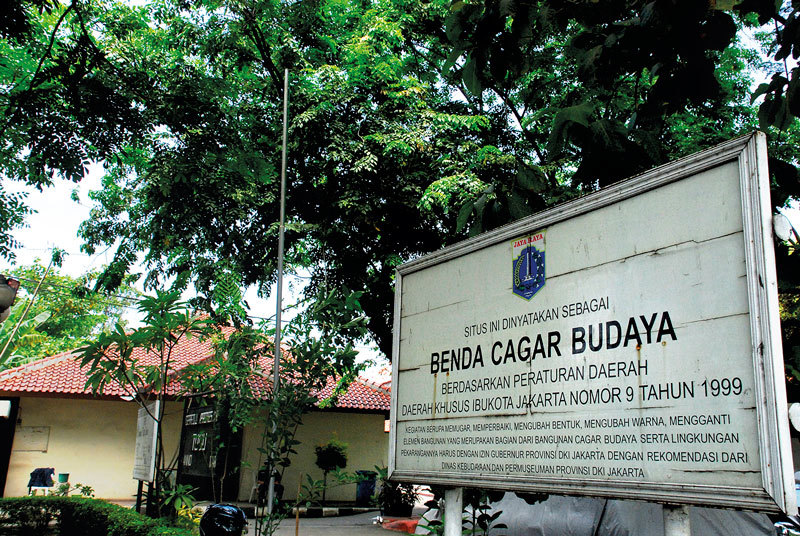 In Kampung Tugu and beyond, the hope still lives and the dream shall never die.