Nigel Mason, Managing Director of Mason Adventures enjoys seeking out unique cultural experiences on his travels. Alistair Speirs spoke to him about some of his memorable trips.

You seem to have started traveling a lot. What got you switched on to the travel bug recently?
Actually I have always travelled for most of my life at certain times, however my recent travelling in the past two years was motivated by my progressing age and by my wife Yanie, who said we shall travel a bit more around the world and not just up and down to Australia.

Where have you been over the last couple of years and why did you choose those destinations?
Two years ago we started by going to Spain, which was a country that always interested me, mostly because of its music. As a classical guitarist, in my youth I always wanted to buy an authentic Flamenco guitar and finally bought one on a trip to Spain last year. Yanie and I loved the country with its beautiful houses around tiny lanes and past medieval churches and its fabulous tapas food and wine culture situated along its tiny streets.

Spain stimulated us to go to Portugal, so on another trip we went there. I especially like Porto on the coast with its port wine cellars and beautiful architecture. We were lucky to be guests of the family of Grahams, who gave us a VIP tour of their cellars and a taste of some extremely old ports. They also treated us to dinner at a fabulous seafood restaurant with more 20 year old port to follow the fabulous meal served.

Other places we visited were Paris, where I hadn’t been since I was a 12 year old boy, and we also went to Amsterdam and Vienna. Vienna being a special stop for three days as guest of Michelle and Maria Adam, owners of Fashion TV, for Maria’s 30th Birthday with a small group of select guests. One such guest was Jean Claude Van Damme who had been with us for a couple of days, two weeks previously in Bali. We’ve known him for 24 years since he first came to Bali in 1994.  Vienna is an elegant city and deservedly knocked out Melbourne this year as “the world’s most liveable city”. 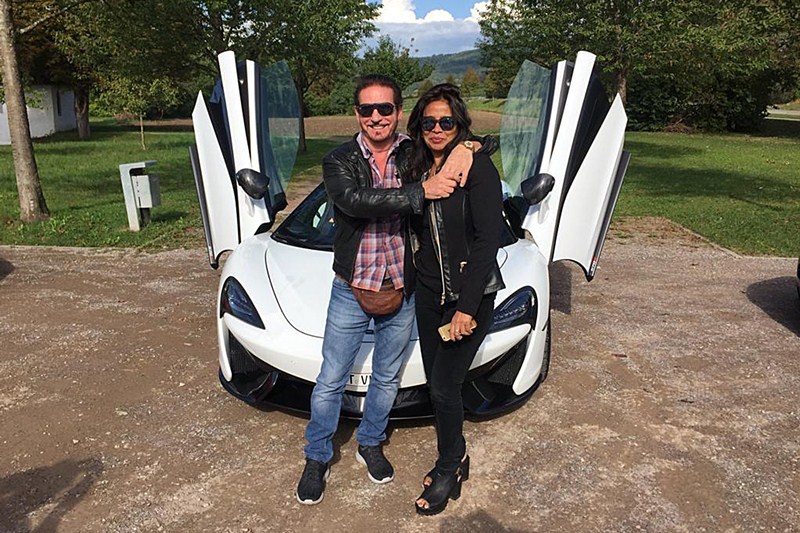 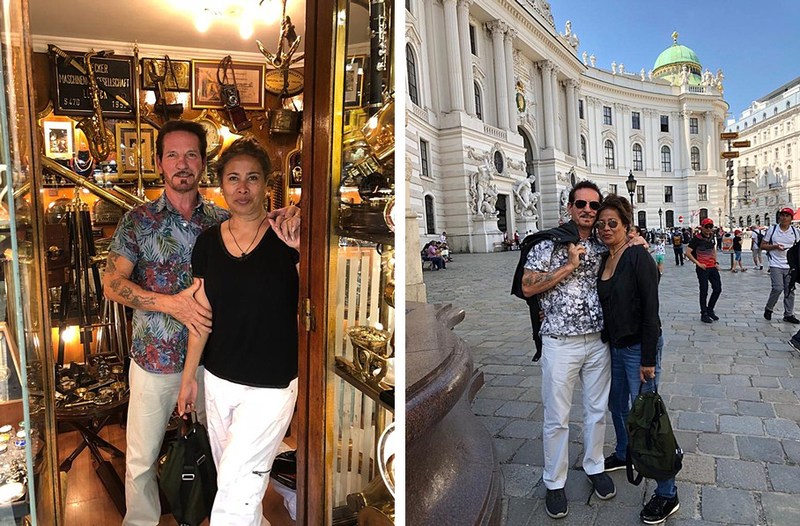 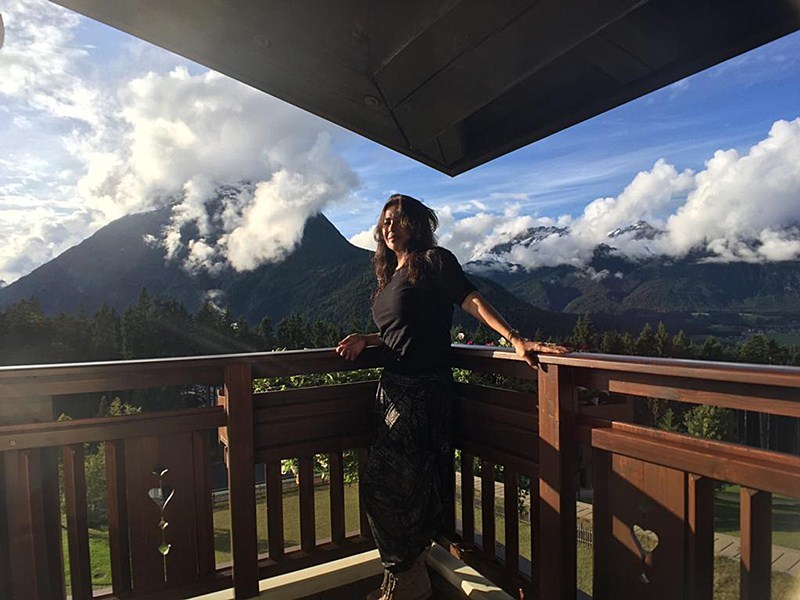 I saw you did a performance car tour at one point, can you tell us about that?
We were invited by Anthony and Dewi of the Viceroy hotel in Ubud to join them and three other couples on a ‘Supercar’ tour, driving for 5 days through, Switzerland, Austria, Germany and Italy, changing into a different car each day. We drove a Mercedes Super Sports one day, followed by a Ferrari, a McLaren, an Aston Martin and a Lamborghini on following days.

The roads we travelled were winding mountain passes, through all sorts of terrain and through beautiful countryside. Sometimes screaming around tight roads with death defying drops on the side or thundering through tunnels and along six lane freeways. Many of the roads were ones featured on the TV show “Top Gear”. We stayed at beautiful hotels and ate at amazing restaurants each day and when it was all over we were exhausted, but pumped up with exhilaration from the experience.

Which was your favourite car of those you drove? And your favourite route?
My favourite car to drive was the Lamborghini, as it hugged the winding roads like glue and handled like a dream, but the Mercedes would be the one I would own if I had a choice, as it was also incredible to drive and was luxury all the way. My favourite roads were through the mountains of Austria into Italy, where my driving skills were certainly put to the test. Yanie also drove on couple of occasions, even taking the Lamborghini up to 200 kmph at one point.

What about great hotels ? Where have you stayed that you would recommend to our readers?
Where do I start? The fascinating Yunak Evleri Cave Hotel in Cappadocia, Turkey was uniquely different, staying in a room carved out of the rock. Also in Turkey, the Ciragen Palace Kempinski, Istanbul was extremely luxurious with its wonderful view of the black sea and its opulent ‘palace’ restaurant stands out, but this was outdone for absolute luxury by the Ritz in Paris, where it snowed for the two days that we were there, completely out of season. A drink in the famous Hemingway bar is not to be missed. In the Austrian mountains we stayed at the huge Inter Alpen hotel with its breathtaking views of snow covered mountains and it’s fascinating underground drive in reception, that was unexpected situated underneath the hotel. 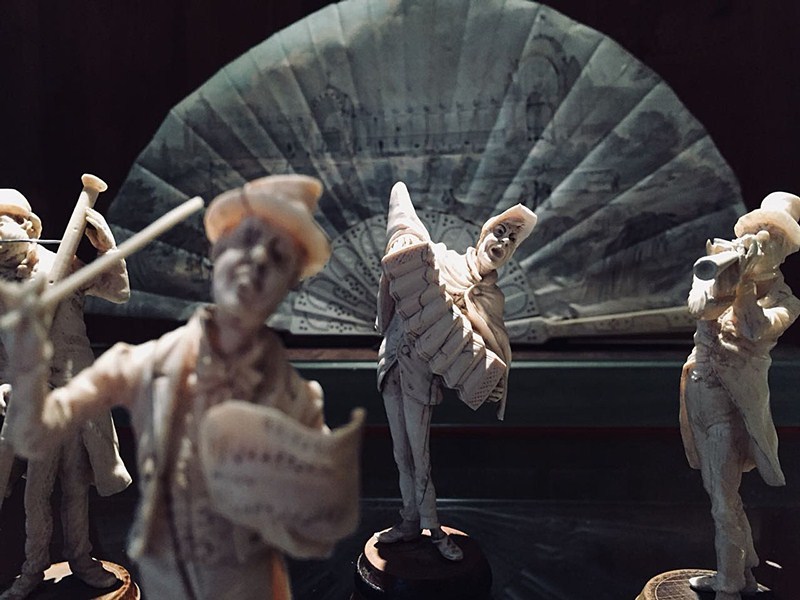 The Bristol Hotel in Vienna was another memorable hotel where we were guests of Fashion TV, who have their Head Office adjoining and their Fashion Café in the same building.  But we also stayed at some very nice small hotels in our travels, two of the stand outs were the Meil Duca in Milan, Italy and the Milan Suite in Rome, with its large lift with an armchair in it, even though it’s only 3 floors high. Both of those small hotels had delicious breakfast buffets and very comfortable well designed rooms.

What do you look for when you go to a new destination? Culture? Art? Adventure? Dining? Sport ? Relaxation?
I personally love to look at the history and architecture, and both Yanie and I love to explore gardens and parks. We don’t usually look for a lot of adventure activities and certainly never sport, unless it’s skiing in Japan, which I do almost every year. Both of us love the culture and I particularly enjoy visiting art galleries or the odd museum. Mostly, I love to explore and look for unusual things such as antique shops, galleries or markets. For instance, in Madrid I found an old map and chart shop in a small laneway, where I bought two original hand drawn charts, one of the world dated 1752 and the other of Asia dated 1650. Also in Spain I found an antique shop with a 200 year old set of Ivory carved musicians from Germany, which are now featured in our Elephant Park Museum.

In Paris I discovered a shop with an amazing pair of gold plated elephants with crystal obelisk on top, also now in the Elephant Park Art Gallery and in Amsterdam some elephant motive wall tiles from 1400, now displayed in the park museum. As I said before I bought a Flamenco guitar in Spain, but also a traditional Portuguese guitar in Lisbon to add to my small guitar collection. As mentioned I also love markets and while in Egypt some years ago I visited the famous El Al Keleli Market in Cairo and bought a beautiful backgammon set. So when we were recently in Istanbul, I decided to find another board in the land where the game was made famous.

This brought me to a market that I have always dreamed of visiting, the Grand Bazaar and I wasn’t to be disappointed. After we had bought the carpets and a beautiful backgammon set and boxes of Turkish delights, I left Yanie sitting having her coffee and went exploring by myself. I found a small shop, in the maze of alleys that make up this fantastic market, that specialised in antiques and old ships parts and memorabilia.   Here I bought a superb world globe made in 1924 in wonderful condition, a stunning ships bell and a Russian Submarine Telephone from the 1960s! This was a piece of art in itself, but proved to be a real pain to take home as ‘carry on’ luggage. It set off every alarm in the X-Ray machines and took a lot to be explained everywhere we went through any airport! 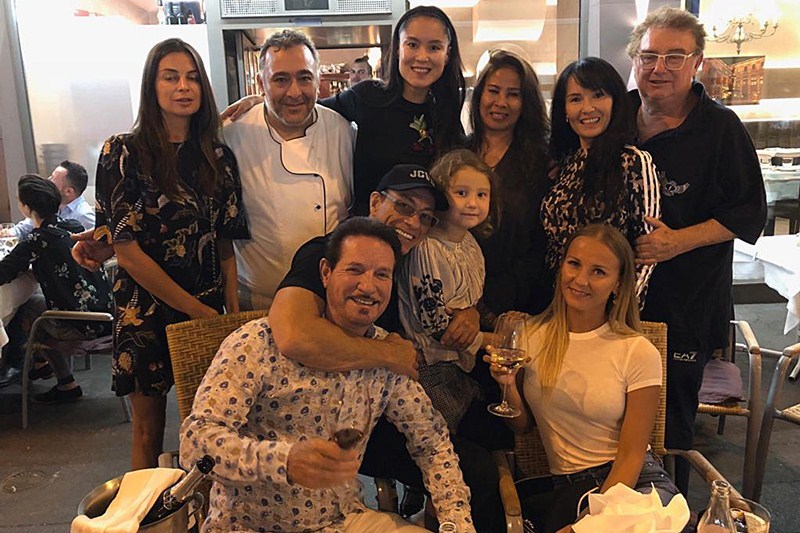 Overall what was your favourite destination and why?
It’s hard to answer that, as each country and town is so different. Oviedo in Northern Spain was a favourite for its tranquil old world atmosphere, devoid of the usual tourist crush. Cappadocia in Turkey, where we went hot air ballooning was outstanding and is something that everyone should do, as flying in the air at sunrise, surrounded by 100 other balloons over this spectacular countryside is not to be forgotten.

A previous trip to Italy where Yanie and I hired a bright red Ferrari for a week to drive from Milan to Rome through the beautiful Tuscany countryside, stopping in Florence and Pisa along the way was also memorable. Especially when we arrived in Pisa at sunset, parked our Ferrari and went to visit the Leaning Tower of Pisa in the dark, only to loose our way in the dark on returning to the car. It took us three hours to finally find it, first walking for 2 hours, then another hour in a taxi patrolling the streets to finally find it parked all alone behind the church where we had left it. Who knew there were so many churches in Pisa. Our taxi driver was extremely amused when we told him that we had lost a bright red Ferrari.

What about the one you wouldn’t go back to?
There are always some places that you wouldn’t visit again, but mainly because you’ve, ‘been there, done that’, but there are plenty of places I would go back to. Probably in all my travels over the years the only places I wouldn’t go to again is Cairo, as it’s a concrete, treeless eyesore and where I was born and visited some years ago, Nottingham in the UK. However, England as a whole is OK, especially the South for example, Bath is amazing and beautiful. The trip up the Nile by boat in Egypt I would do again also, as it was fabulous.