Nicholas Saputra is a man who needs no introduction. The 33-year-old actor rose to fame in 2002 when he starred in the movie “Ada Apa Dengan Cinta?” and has since appeared in numerous films and documentaries. 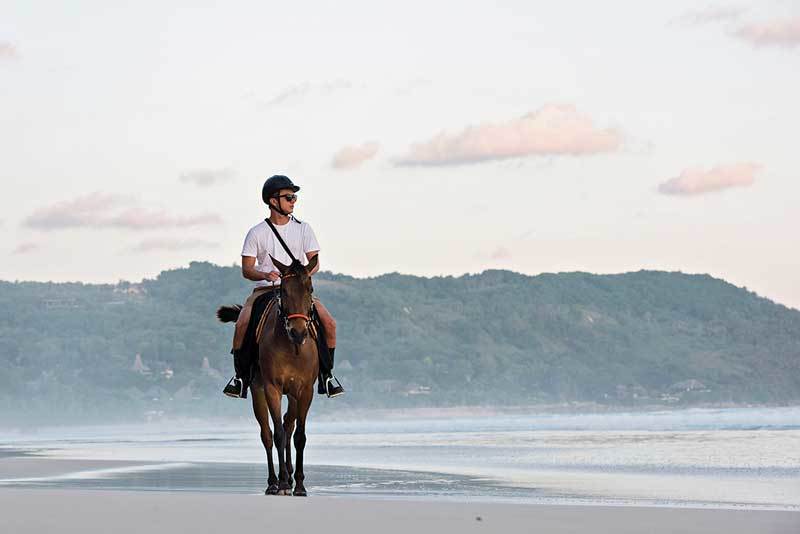 Besides being an actor, Nicholas is a passionate and enthusiastic traveler. He is also the Ambassador of Nihi Sumba Island, a philanthropic-driven resort that was recently voted number one hotel in the world for the second year in a row by Travel + Leisure.

Nicholas spoke to NOW! Jakarta about the special charm of Nihi Sumba Island and the many other places he has already visited or still wants to explore.

What does traveling and discovering new places mean to you?

Traveling does mean a lot to me as it does help me to get away from my daily duties and my regular life here in Jakarta. It is also a way for me to get inspiration and to act on my curiosity about a lot of things. I am very much interested in architecture, history, anthropology and nature. Sometimes I read something or see a documentary on TV, which means so much more when I can say that I have visited that place already - I have already met the people face to face and have experienced the vibe. These are the reasons why I travel quite often.

You are the Ambassador of Nihi Sumba Island. How did this collaboration come about?

I first visited the resort two months ago. Afterwards I had a transit in Bali where I met Nihi Hotels Managing Partner James McBride and we talked about some possibilities to work together. My history with Sumba, however, goes further back. I had been there a couple of times already, and I once stayed in Sumba for almost three months for filming, so I feel very much connected to the island, its people and culture and the nature.

What do you think is so special about this resort?

It’s a very refreshing luxury resort, offering the best quality in everything, be it the food, the service or the location. At the same time, it is very casual and personalized - compared to other resorts, it defines luxury in a different way. For me, luxury means that I can be connected to nature and have the freedom to explore it.

Nihi also offers so much variety on how to spend your free time, be it by visiting the neighboring villages, go horseback riding or surfing. That’s why it has been named the best in the world. Not many resorts can provide this level of quality. 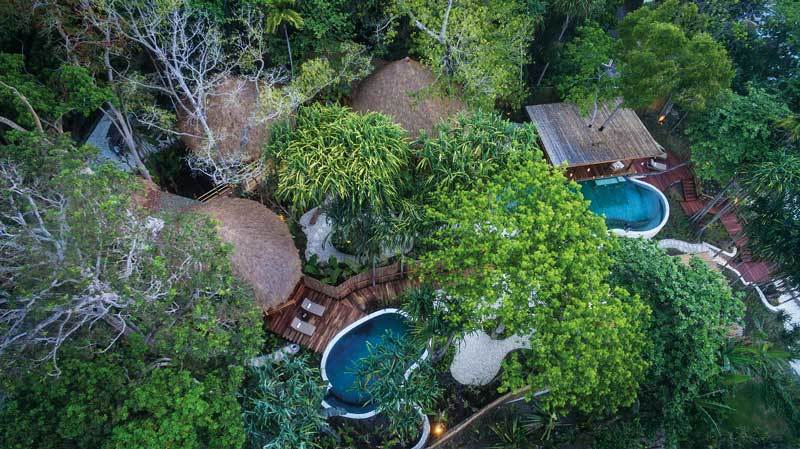 To promote tourism in a certain area is always tricky. On one hand, we want to support the tourism industry, but on the other hand, we are afraid that by promoting a destination too much, it will attract a never-ending stream of visitors and the place will lose its magic. What do you think can be done to tackle this challenge?

I don’t think this will ever be a problem for Nihi Sumba Island. For one, the resort is sitting on hundreds of hectares of land, but it only has 33 villas. They have managed to keep the development to a minimum but have had such a big impact on the people and the nature. Most of the people who work at the resort are local Sumbanese.

General tourism might indeed have a different effect on the original landscape and communities, but in this case, the connection between the resort and the local people is very special. They really help and empower the people in the surrounding villages. For Nihi, it’s not about attracting as many tourists as possible, it’s about giving back as much as possible - and I think they are setting a great example that should be copied throughout Indonesia, on how to maintain a successful business while still being concerned about the people in the area and nature itself.

Indonesia is such a rich and diverse country. What other places have made a lasting impression on you?

It’s true, there are so many places you can explore in Indonesia. Besides Sumba, Komodo Island with its Komodo National Park is simply amazing - a lot of places in Eastern Indonesia have a big potential in tourism. Indonesia does have much to offer in terms of culture and also landscapes and nature.

Going beyond Indonesia, what were your most memorable trips abroad?

That’s a tough question, there are simply too many to mention. Personally, I loved Brazil. It did remind me of Indonesia in a way, so when I was there I almost felt like I was at home. Although I do enjoy being connected to nature, I also enjoy visiting big and vibrant cities like Tokyo, New York and Istanbul, as well as historically interesting places like Marrakesh or Jordan. These are the places that first come to my mind when speaking about memorable trips. 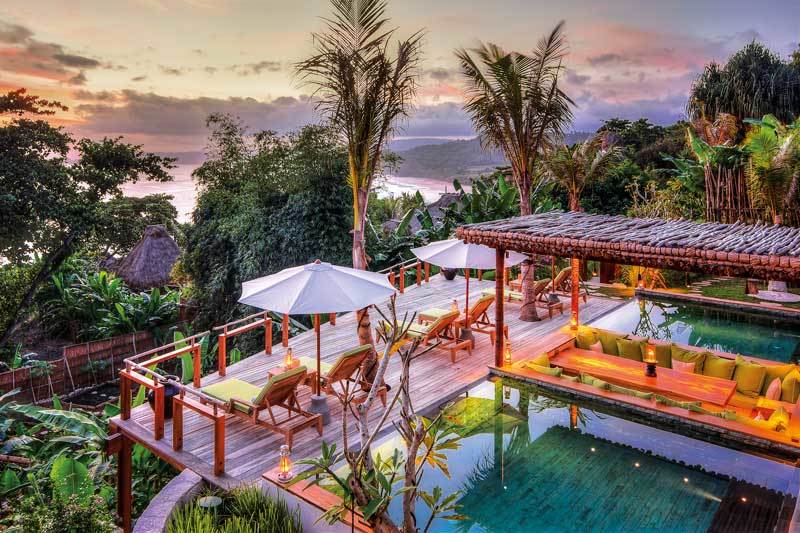 I really would like to go to Kenya. For some reason, whenever I am set to travel to that part of Africa, it doesn’t work out - because something work-related comes up, or there is a mix up with my schedule. I am hoping that next year I can finally go there. But then again, I have been saying that every year for many years and it never worked out. Maybe I should stop making plans and go on impulse.

As Rangga in Ada Apa Dengan Cinta 2, you say that there is a difference between “liburan” (vacation) and traveling. Do you personally agree with this statement?

Yes, I actually do. People nowadays travel differently than they used to. Before there was this social media hype, holiday meant getting away to relax or exploring new places. Now, a lot of people put a big emphasis on taking nice pictures and posting them on social media, without really wanting to go out and explore. That’s what I would call “liburan”. There’s nothing wrong with it, of course, but I think there are so many more possibilities when you travel. As a traveler, you often don’t know what’s going to happen the next day, and you simply enjoy the moment.

To be honest, I sometimes do “liburan” too, for example when I just finished a work project. I go to Bali and rent a villa, stay there and do nothing for a couple of days. But that’s very rare - usually, I’d say I am a traveler.