This month is likely the good time to be one kind to another, including Breast Cancer Awareness Month which inspired many people and institutions to create social initiative. As part of the compound of The Dharmawangsa Residences, Bimasena a private membership club collaborated with Jagannatha Yoga support The Indonesian Children with Cancer Association (YKAI) through Yoga. 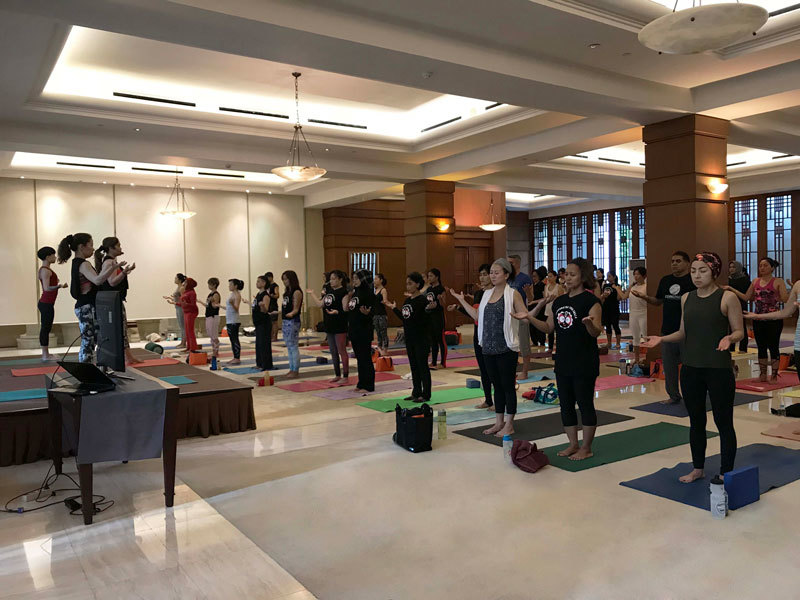 Bring up the title “Moon and Sun Flow Yoga”, Bimasena community as the mining and energy society and related associations holds the yoga session to raise money for Charity last Sunday, October 8th 2017. Located at Lobby Lounge of Bimasena at The Dharmawangsa, the  Moon and Sun Flow Yoga was  attended by 75 participants from various communities such as Jagannatha Yoga community, YKAI community, Bimasena members and clientele.

People were together in the same level created positive energy throughout the self-calmed yoga movements. The Participants joined the whole three sessions consisted of Pranayama (breathing), body opening with Yin method, Hatha Vinyasa Yoga, and Gentle Yin (final relaxing) as closure. As the initiative invited many people to come, the impact to communities is even more significant.

As part of Bimasena's commitment to give back to the communities, the total money earned from the entrance fee was fully donated to YKAI to help the institution in lifting an effort of cancer prevention, socialization, cancer medication, and etc.