Atop the verdant compound of the ROLE Foundation’s centre in Nusa Dua, the views out across Bali down to the ocean were clear as crystal. This was the venue for the Zero Waste to Oceans Conference held on the 22nd of February 2017, an initiative organised by the Danish Embassy in Indonesia to create a forum in which to discuss local solutions to reduce marine plastic pollution. 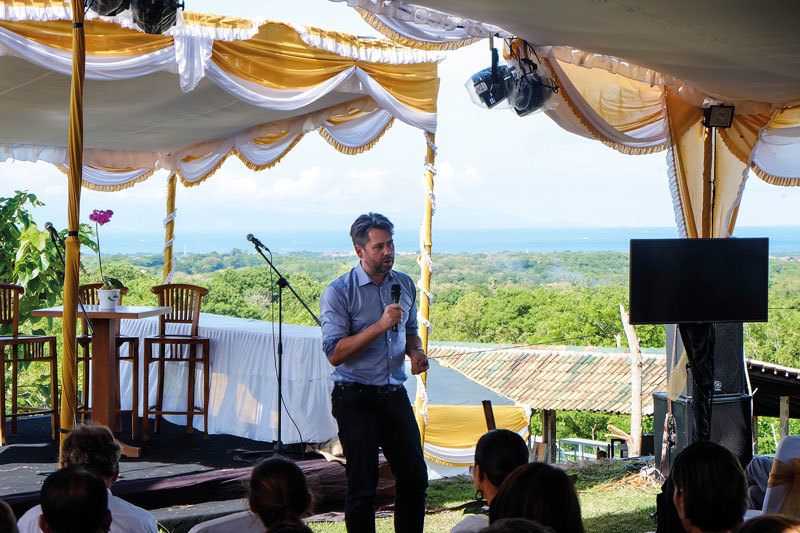 8 millions tons of plastic are dumped into the oceans every year, Willem Loots - MC of the day - announced once the 150 participants were seated at the conference. Indonesia being the second largest global contributor to this problem, he added. This set the scene for the rest of the day.

The first speaker of the day was Ambassador of Denmark to Indonesia Casper Klynge. Coming from a country where 95% of waste is either recycled or incinerated (for energy), Indonesia has a lot to learn from this European partner. Ambassador Casper noted the increasing leadership in the government with regards to the environment but marine plastic pollution is a growing concern. The issue is no longer external to human life; he mentioned a survey of captured fish, showing visible pieces of plastic in their stomachs. This was from Indonesian waters. Plastic pollution clearly has the potential of affecting public health, and also industries like tourism and fishing. He stressed a need for quick action, hence the importance of the conference.

The next speaker, Dr. Erfansjah Sumarno - previous CEO of WWF Indonesia and current Senior Advisor to the Minister of Environment of Forestry - agreed with the Ambassador. Change must happen quickly and waiting for legislation would take too long. Real, physical change is in the hands of the people, he said to the crowd, organisations like those present were instrumental. 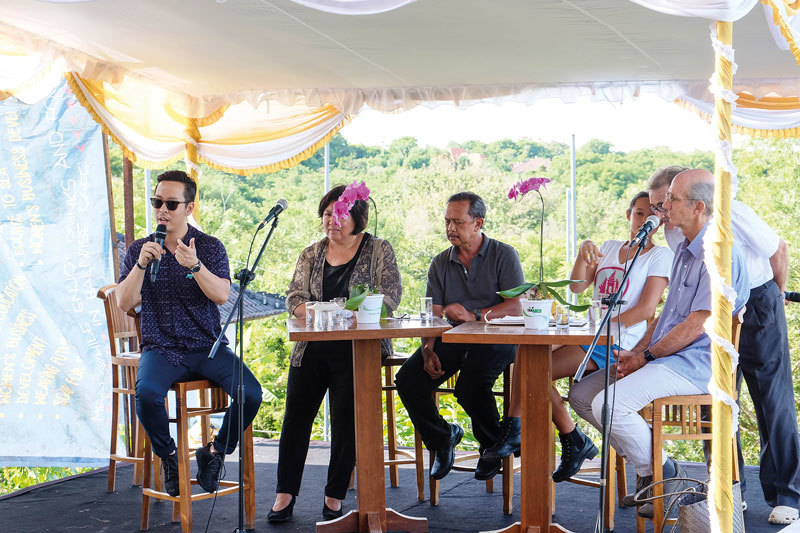 Finally a panel of five people representing Bali’s leading environmental organisations took to stage: Rili Djohani, Director of the Coral Triangle Centre spoke of their efforts in preserving coral reefs; Piet Van Zijl, Group Director of Sustainability for the Alila Hotel Group speaking of their initiative to create a zero waste to landfill system in their hotels; Ketut Mertadi, Director of Eco Bali Recycling and perhaps Bali’s only proper waste management company; Kevin Kumala of Avani, presenting new eco-technology to replace Indonesia’s disposable products; and finally, Melati Wijsen of Bye Bye Plastic Bags who has led a now global awareness campaign on the use of plastics. Their talks showed the positive work currently being undergone on the island and beyond.

Most significantly however, the event was host to other, smaller environmental groups, whom because of the conference were able to share their voice and news of their work too. It was a rare occasion, having so many organisations from around Bali under one roof, allowing them to come together to find ways to collaborate and support one another. Whilst everyone’s actions may be different, their objects are one in the same: stop Bali’s plastic pollution.

This conference, organised by ROLE and the Danish Embassy, is only the first step. It is hopefully a precursor to further cooperation between Bali’s environmental groups, which can only bring more change and a wider awareness to the cause.